A flood of epic proportions drained at a rate of more than 800 Olympic swimming pools a second from a glacial lake that spanned the Prairie provinces more than 12,000 years ago, according to a University of Alberta-led study.

The finding bolsters a theory that the event may have propelled the warming Earth back into an ice age.

Geologists have long known of an ancient glacial lake, Lake Agassiz, that occupied as much as 1.5 million square kilometres of what is now southern Manitoba and central Saskatchewan, up to the Alberta border. The lake formed as the three-kilometre-thick Laurentide Ice Shield atop the northern half of North America began to melt about 16,000 years ago, creating a dam that prevented would-be meltwaters from making their way to Hudson Bay.

Geomorphological evidence from northern Alberta also suggests that at some point that lake suddenly spilled out to the northwest along a major channel referred to as the Clearwater-Athabasca Spillway, through what is now Fort McMurray, Alta., into the Mackenzie river basin en route to the Arctic Ocean.

The international study led by Sophie Norris, a former U of A PhD student in the Faculty of Science, looked at how much water was discharged through the meltwater channel.

“We know that a large discharge has gone through the area but the rate of the discharge or the magnitude was pretty much unknown,” said Norris, who is now a postdoctoral research fellow at Dalhousie University.

The first part of the study used sedimentary evidence to estimate the force of the water, as well as more than 100 valley cross-sections to estimate the size of the flows. The team also created a model of gradual dam failure using the erodibility of bedrock in the region and the size of the lake needed for a spillway through the upper portion of the Clearwater River.

The team came up with an estimated discharge rate of two million metres cubed of water every second, at its height. That volume is about 10 times the Amazon River’s average discharge every second and one of the largest floods known on Earth. All told, the flood drained about 21,000 cubic kilometres of water—about the equivalent to what’s in the Great Lakes—in less than nine months.

“What I find deeply satisfying is that modern hydraulic modelling, when applied to the evidence preserved in the landscape, shows how a phenomenal flood propagated 12,000 years ago,” said Paul Carling, study co-author from the University of Southampton, UK. “When all the uncertainties are considered, the outcome remains pretty solid.”

Another co-author on the paper, Daniel Garcia-Castellanos from Geosciences Barcelona in Spain, added that the study’s results suggest the event was the largest terrestrial flood ever recorded from the overtopping of a lake. “It also suggests that we are getting close to quantitatively understanding these rapid erosional-flooding events and linking them with the long-term erosion of landscapes.”

What’s more, the period in which this great flood occurred corresponds to an event known as the Younger Dryas, when just as the northern hemisphere was emerging from the ice age, it suddenly returned to near-glacial conditions.

“During the Late Pleistocene, temperatures were returning to normal, when the Earth slipped back into an ice age,” said Duane Froese, Norris’s PhD supervisor and Canada Research Chair in Northern Environmental Change in the Department of Earth and Atmospheric Sciences.

“We don’t know for sure that the flood caused the Earth to slip back into the ice age, but certainly if you put that much water into the Arctic Ocean, the models show you get cooling of the northern hemisphere climate.”

Norris said the next steps are to better understand whether this catastrophic discharge happened at the start of the cold reversal, in which case it may have been the cause, or simply played a part in a more complex series of events.

Norris said Alberta might owe part of its resource wealth to that great flood.

“The oilsands region is essentially within the channel that this flood formed,” she said. “There would have been a huge amount of Quaternary material on top of that, as there is in the surrounding area, but it has been exposed in Fort McMurray by this huge event.”

The paper, “Catastrophic Drainage From the Northwestern Outlet of Glacial Lake Agassiz During the Younger Dryas,” was published in Geophysical Research Letters. 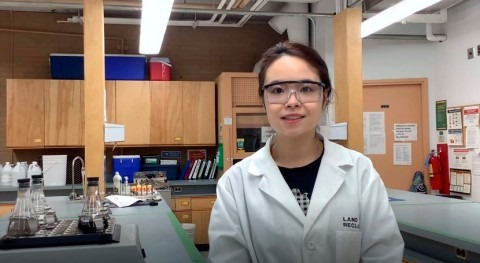 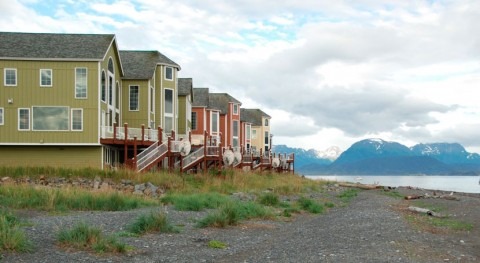