How U.S. sewage plants can remove medicines from wastewater

University of Buffalo
UB is a premier, research-intensive public university dedicated to academic excellence and making a positive impact on the world.
TwitterFacebookWeb

A study of seven wastewater treatment plants in the Eastern United States reveals a mixed record when it comes to removing medicines such as antibiotics and antidepressants.

The research points to two treatment methods — granular activated carbon and ozonation — as being particularly promising. Each technique reduced the concentration of a number of pharmaceuticals, including certain antidepressants and antibiotics, in water by more than 95%, the scientists’ analysis found.

Activated sludge, a common treatment process that uses microorganisms to break down organic contaminants, serves an important purpose in wastewater treatment but was much less effective at destroying persistent drugs such as antidepressants and antibiotics.

“The take-home message here is that we could actually remove most of the pharmaceuticals we studied. That’s the good news. If you really want clean water, there are multiple ways to do it,” says Diana Aga, PhD, Henry M. Woodburn Professor of Chemistry in the University at Buffalo College of Arts and Sciences.

“However, for plants that rely on activated sludge only, more advanced treatment like granular activated carbon and/or ozonation may be needed,” Aga adds. “Some cities are already doing this, but it can be expensive.”

The findings are important because any drugs discharged from treatment plants can enter the environment, where they may contribute to phenomena such as antibiotic resistance, or be consumed by wildlife.

"Our research adds to a growing body of work showing that advanced treatment methods, including ozonation and activated carbon, can be very effective at removing persistent pharmaceuticals from wastewater," says Anne McElroy, PhD, Professor and Associate Dean for Research in the Stony Brook University School of Marine and Atmospheric Sciences. 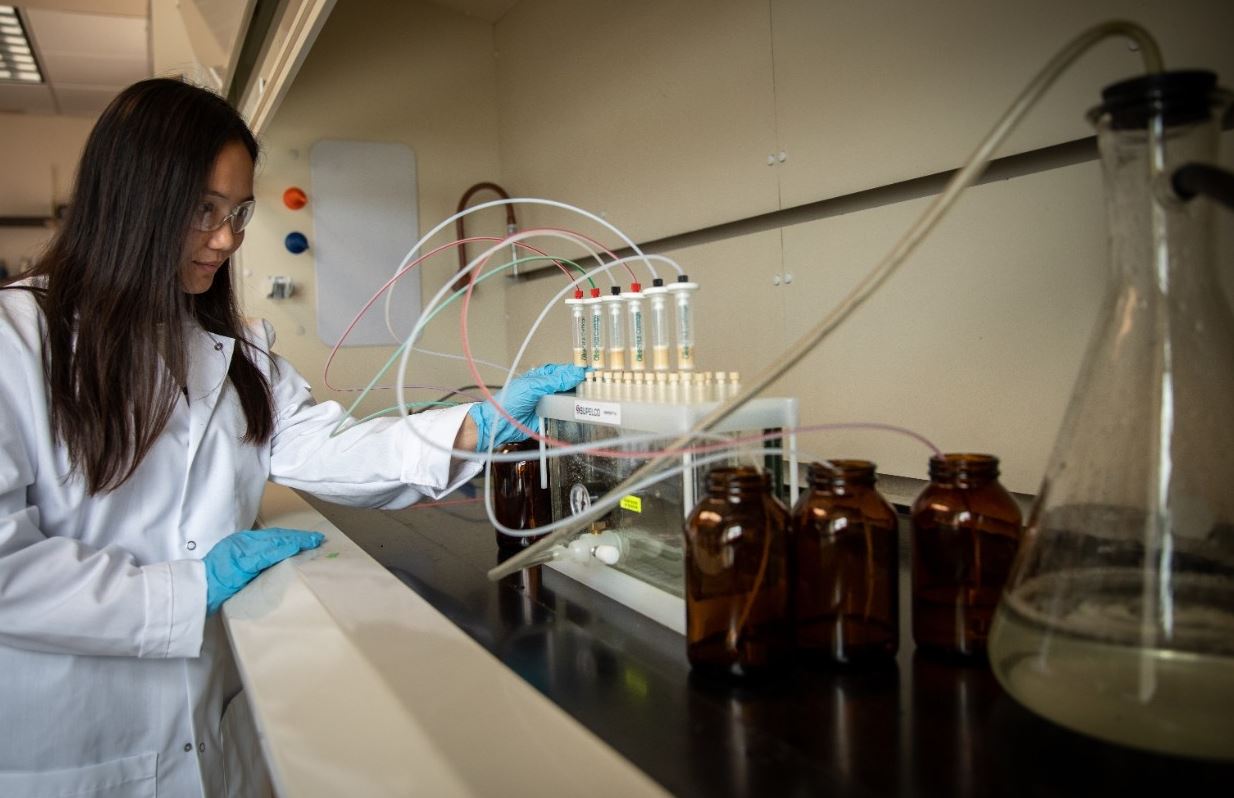 The study — funded by New York Sea Grant — was published in November in the journal Environmental Science: Water Research & Technology.

Aga and McElroy led the project, with UB chemistry PhD student Luisa Angeles as first author. The paper was a partnership between researchers at UB, Stony Brook University, the Hampton Roads Sanitation District and Hazen and Sawyer, a national water engineering firm that designs advanced wastewater treatment systems, including some of the systems studied.

The research analyzed a variety of technologies in use at seven wastewater treatment plants in the Eastern U.S., including six full-scale plants and one large pilot-scale plant. According to the paper, “more precise locations are not provided in order to protect the identity” of the facilities.

Angeles says the study’s findings could guide future decision-making, especially in areas where water is scarce and in cities that may want to recycle wastewater, converting it into drinking water.

The research is also important for environmental conservation. It demonstrated that larval zebrafish did not change their behavior when they were exposed to wastewater discharged from treatment plants. However, much more work is needed to understand how longer-term exposures may impact wildlife, Aga says.

In a separate study in 2017, Aga’s team found high concentrations of antidepressants or the metabolized remnants of those drugs in the brains of numerous fish in the Niagara River, part of the Great Lakes region. Scientists still don’t fully understand the behavioral and ecological impacts that may occur when chemicals from human medicines build up in wild animals over time, Aga says.

Though wastewater treatment plants were historically designed and operated for purposes such as removing organic matter and nitrogen from used water, the new research and other prior studies demonstrate that these facilities could also be harnessed to remove different classes of medicines.

Increasing a plant's reliability by reducing harmonics at the source
END_OF_DOCUMENT_TOKEN_TO_BE_REPLACED