Over the past decade alone, 3.5 trillion tonnes of ice has melted from Greenland’s surface and flowed into the ocean - enough to cover the UK with around 15m of meltwater, or all of New York City with around 4500m.

Published in Nature Communications, the new study is the first to use satellite data to detect this phenomenon – known as ice sheet runoff – from space.

One of the very few satellites orbiting with 2 degrees of the planet's poles, CryoSat-2 has provided scientists with a long history of data no other spacecraft could reach since its launch over 11 years ago, transforming scientist’s capacity to study the polar regions. It remains key to research and knowledge critical to decision-making on the planet’s health.

Study co-author Lin Gilbert (UCL Mullard Space Science Laboratory) said: “Observations show that extreme melt events in Greenland have become more frequent and more intense - as well as more erratic - which is a global problem. Monitoring from space enables us to cover the whole of Greenland (and nearly all Antarctica) repeatedly, which can't be done by teams on the ground. This is the first-time run-off has ever been measured directly from space - allowing us to remotely observe hard-to-explore regions of the ice sheets and use these observations to form an enhanced understanding of why this is happening and what we can do about it in future”.

The international team of researchers found that over the past four decades Greenland’s meltwater runoff has risen by 21% - and has become 60% more erratic from one summer to the next.

The findings revel that between 2011 and 2020 increased meltwater runoff from Greenland raised the global sea level by one centimetre - heightening the risk of flooding worldwide and disrupting marine ecosystems in the Arctic Ocean. Raising sea levels can also alter patterns of ocean and atmospheric circulation that affect weather conditions across the globe.

One third of this rise was produced in just two summers - 2012 and 2019 - when extreme weather led to record-breaking levels of ice melting not seen in the past 40 years.

The study shows that during the past decade, runoff from Greenland has averaged 357 billion tonnes of ice melt per year – equating to almost 1 millimetre of global sea level rise - reaching a maximum of 527 billion tonnes in 2012, when changes in atmospheric patterns caused unusually warm air to sit over much the ice sheet.

These changes are related to extreme weather events such as heatwaves, which have become more frequent and are now a major cause of ice loss from Greenland.

Lead author Dr Thomas Slater (University of Leeds) said: “As we’ve seen with other parts of the world, Greenland is also vulnerable to an increase in extreme weather events. As our climate warms, it’s reasonable to expect that the instances of extreme melting in Greenland will happen more often – observations such as these are an important step in helping us to improve climate models and better predict what will happen this century.”

“There are, however, reasons to be optimistic. We know that setting and meeting meaningful targets to cut emissions could reduce ice losses from Greenland by a factor of three, and there is still time to achieve this.”

The study observations can also be used to verify how climate models simulate ice sheet melting, allowing improved predictions of how much Greenland will raise the global sea level in future as extreme weather events become more common.

Study co-author Dr Amber Leeson (Lancaster University) said: “Model estimates suggest that the Greenland ice sheet will contribute between about 3 - 23cm to global sea level rise by 2100. This prediction has a wide range, in part because of uncertainties associated with simulating complex ice melt processes, including those associated with extreme weather.

“These new spaceborne estimates of runoff will help us to understand these complex ice melt processes better, improve our ability to model them, and thus enable us to refine our estimates of future sea level rise.” 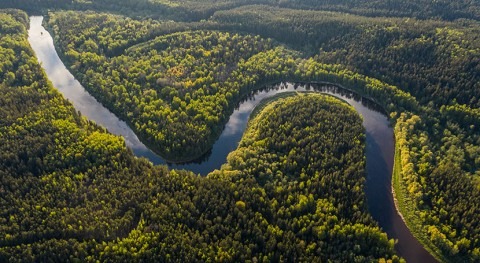 Restoring farmland ponds can help save our declining pollinators 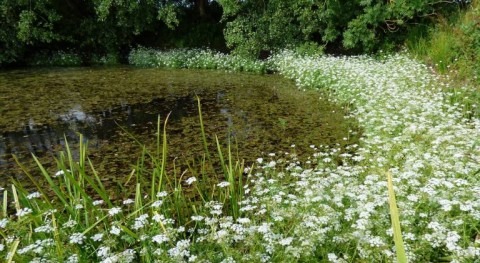 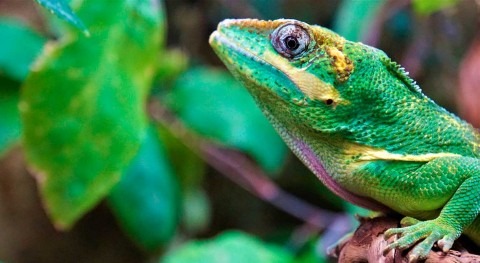 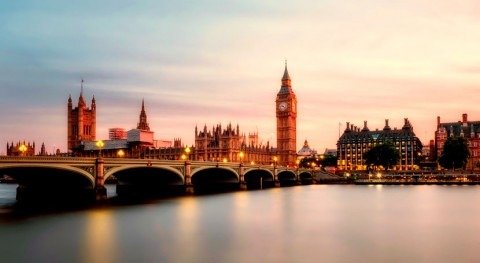