Comparing how water is managed in Spain, California and Australia

University of Córdoba
The UCO is heir to a centuries-old historical and cultural legacy as well as a passion for knowledge, tolerance, international renown and har mony among civilizations that have made the city that houses our institution a paradigm for humanity.
TwitterFacebookLinkedInYoutubeWeb

Turning on the faucet and having water come out has become such a common daily occurrence that nobody stops to think about it. In times of abundance, everything goes smoothly. However, when rain is scarce or almost nonexistent and reservoir capacity diminishes considerably, that is when alarm bells are set off and governments scramble trying to find a solution. As they say, you don't know what you've got until it's gone.

A research project at the University of Cordoba analyzed and compared legislative changes in water management that occurred in Spain, California and the Murray Darling Basin in Australia over the last few years. The study demonstrated the following: big legislative reforms in water management in these three areas have always come about as a consequence of important droughts.

Though these three regions have similar climates, agriculture and water scarcity problems, the truth is that the way they deal with them is quite different. In many cases, above all on a technical level, they coincide. "In all three zones they use recycled, desalinated water and drip irrigation. However, the institutional and legal framework differs," clarifies Julio Berbel, Professor of Agricultural Economics at the University of Cordoba and lead author of the study.

One of the main differences lies in how water ownership is managed and how the market is regulated in this field. In Australia, water is private and there has been a strong, loosely regulated water market for years in which rights to use subterranean water and river water can be bought and sold. In California, the issue is even more complicated. Water is considered to be a private asset but there are several conflicts of rights as to who can use it. In contrast, in Spain, river water was declared a public resource in 1985 and water trade was banned until 2005, at which time the market opened up slightly in order to tackle a large hydrological crisis, though it is still extremely regulated.

The study concludes that in the three regions there is a tendency to overexploit all subterranean and surface bodies of water, despite legislation. Nevertheless, if he had to choose a model, researcher Julio Berbel would opt for the Spanish one. "In Australia and California, they have not defined the concept of ecological flow well, which is what indicates the minimum level of water needed to conserve the plant and animal ecosystem of a river," he explains. In Australia's Murray Darling region, water is extremely scarce. In the case of California, the Colorado river is so overused that, in its last segment, water is so scarce that it doesn't even reach the sea.

Despite problems in Spain not being as serious, legislation can continue to improve by adopting measures that work in the other two regions and that will be necessary in future droughts, occurrences that will become more and more common due to climate change. According to Berbel, Spain could learn from Australia's flexibility and dynamism in its water market and from California's aquifer recharge system. "I truly hope we do not have to wait for the next drought to implement some of these improvements," he concludes.

Equations help predict the behavior of water in rivers 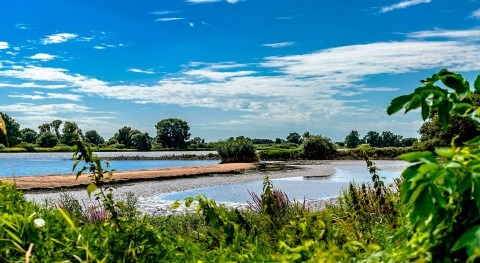