When algae go wild, bad things can happen, especially when those algae produce toxic substances. The ripple effects can be potent and long-lasting.

Examples include the so-called “dead zone” that arises periodically in the Chesapeake Bay, when decaying algal blooms suck the oxygen out of an area and threaten all plant and animal life there. Toxins produced by a 2014 algal bloom in Lake Erie polluted the water supply of Toledo, Ohio, forcing a closure of a water plant there. These harmful blooms can be deadly to water-loving dogs, cause illness in humans and wreak havoc on a region’s economy.

Scientists have shown how warming temperatures contribute to an increasing number of these harmful algal blooms.

A new study shows how changes in light conditions have a significant influence on the growth and impact of these algae. The study, led by University of Delaware Associate Professor Kathryn Coyne of the College of Earth Ocean and the Environment, was published Wednesday, Oct. 27 in PLOS ONE.

The bottom line: a warming climate looks good for the growth of toxic algae and may disrupt other organisms that are part of the food web — whether they graze on this algae or are consumed by it.

The bottom line: a warming climate looks good for the growth of toxic algae and may disrupt other organisms that are part of the food web

“Especially for blooms that occur near shore, these are likely to get worse and extend not just temporally as the growing season is longer, but also geographically, where the temperature or light regime was not favorable for growth before,” Coyne said.

This study focused on one species of microscopic algae — Karlodinium veneficum, also known as the “fish killer,” which appears in the Chesapeake Bay and Delaware’s inland bays.

This kind of algae is “mixotrophic,” which means it’s especially resourceful, getting its fuel sometimes from sunlight, sometimes by eating other algae and bacteria. Though it is a single-cell organism, K. veneficum has two flagella that propel it forward to connect to its prey and stun it with toxins.

The study shows this alga can change its growth strategy under different light conditions. These changes in light interacted with carbon dioxide and temperature to affect the growth and amount of carbon and nitrogen stored in each cell.

In low-light conditions, the population did not increase. Instead, the alga packed its cell with carbon and nitrogen.

In high-light conditions, the population increased, but the cells had lower levels of carbon and nitrogen.

“You alter the light and end up with completely different results than you had before,” Coyne said.

Over the course of this study, this alga also acclimated to increased temperatures (to 30 degrees Celsius/86 degrees Fahrenheit) it had not been known to tolerate previously.

“This suggests that temperatures used in this study are not going to constrain their growth,” she said. “If they are exposed to higher temperatures over a long period of time, they eventually become acclimated to it.”

Those kinds of changes also will affect the creatures that eat this alga, as they may be less nutritious under climate change conditions. That reduces the strength of organisms that normally would constrain the algal population, giving K. veneficum multiple advantages over predators as well as other algae.

In other work, Coyne and colleagues are collaborating on biological control methods such as “bacteria bullets” or DinoSHIELDS, that use Shewanella bacteria to prevent harmful algae blooms. Development continues on that project. 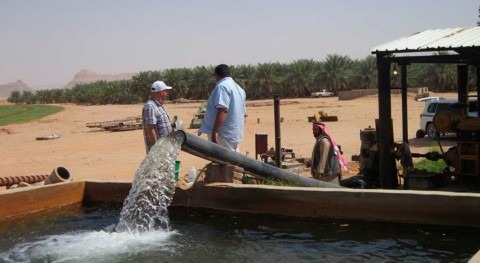 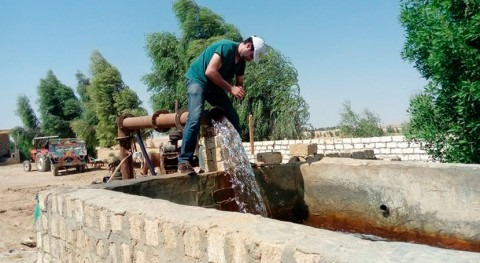 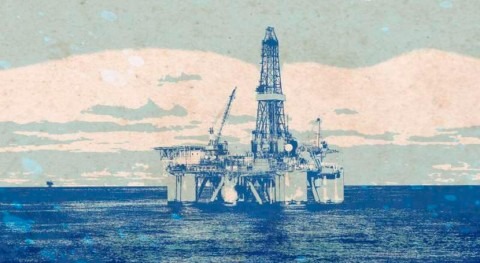 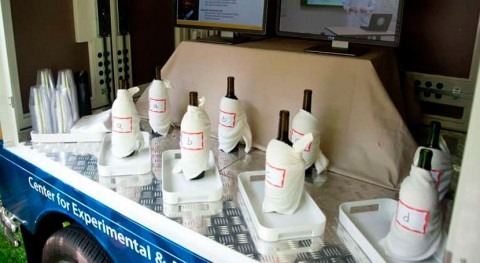 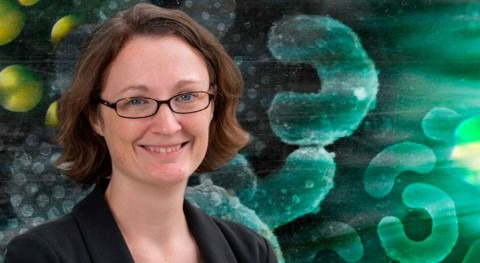