Using techniques from astrophysics, researchers can forecast drought up to ten weeks ahead

University of Sussex
The University of Sussex is a leading research-intensive university near Brighton. We have both an international and local outlook, with staff and students from more than 100 countries and frequent engagement in community activities and services.
TwitterFacebookYoutubeWeb

Researchers at the University of Sussex have developed a system which can accurately predict a period of drought in East Africa up to ten weeks ahead.

Satellite imagery is already used in Kenya to monitor the state of pastures and determine the health of the vegetation using a metric known as the Vegetation Condition Index. These are conveyed to the decision makers in arid and semi-arid regions of Kenya through drought early warning systems.

However, these systems, operated by the National Drought Management Authority (NDMA), only allows organisations and communities to intervene when the impacts of a drought have already occurred. By that point, such extreme weather would already have had a devastating effect on the livelihood of local people.

Instead, a team of researchers from the University of Sussex and the NDMA have developed a new system called Astrocast.

Part-funded by the Science and Technology Facilities Council, the project allows humanitarian agencies and drought risk managers to be proactive when it comes to dealing with the impacts of extreme weather by forecasting changes before they occur.

In a research paper published in Remote Sensing of Environment, they explain how an interdisciplinary team of data scientists (astronomers and mathematicians) with geographers used techniques from astronomy science; processing data directly from space telescopes before using advance statistical methods to forecast extreme weather.

Dr Pedram Rowhani, Senior Lecturer in Geography and co-founder of Astrocast, said: "In many cases, the first signs of a drought can be seen on natural vegetation, which can be monitored from space.

"Our approach measures past and present Vegetation Condition Index (VCI), an indicator that is based on satellite imagery and often used to identify drought conditions, to understand trends and the general behaviour of the VCI over time, to predict what may happen in the future."

Joint first author on the paper and Lecturer in Machine Learning and Data Science, Dr Adam Barrett said: "After conversations in corridors with Dr Rowhani about AstroCast, I saw an opportunity to apply methodology I'd been developing in theoretical neuroscience to a project with potential for real humanitarian impact.

"With Sussex actively encouraging interdisciplinary working, we decided to combine skillsets. It's been eye-opening to see how our techniques can be applied to a real-world problem and improve lives."

There has been a growing demand within the humanitarian sector to develop systems that focus on advance warnings and encourage a more proactive approach to disasters.

The Kenyan NDMA already provides monthly drought bulletins for every county, which state detected changes in the vegetation and are used to make decisions about whether to declare a drought alert.

But with Astrocast forecasts, these bulletins could also include a prediction of what the VCI is likely to be in a few weeks' time, giving farmers and pastoralist valuable time to prepare.

Seb Oliver, Professor of Astrophysics and co-founder of Astrocast, said: "A large part of my astrophysics research requires processing data from astronomical space telescopes, like the Herschel Space Observatory. Earth observation satellites are not that different.

"Earlier preparation is well known to be much more effective than reactive response." 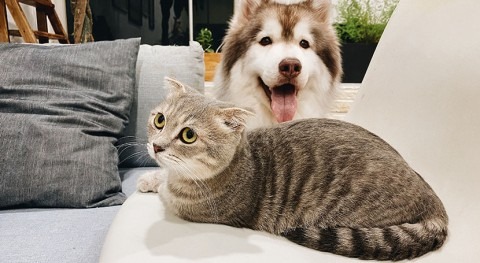 Majority of groundwater stores are resilient to climate change