Massive, destructive floods such as those caused by Hurricane Harvey in 2017 are a stark reality in Texas, but so are prolonged ground-cracking droughts.

In a perfect world, there would be a way to capture water from rivers during storms and other high-flow times and save it for the dry times when it’s needed. Researchers at The University of Texas at Austin have taken the first step to determining whether this will ever be possible by looking at how much water could be stored underground in depleted aquifers near the Texas coast.

The study, published May 10 in the journal Environmental Research Letters, quantified the amount of water flowing in major Texas rivers during heavy rains and found that there is enough room in coastal aquifers to store most of it. This discovery means that capturing and storing water could be a feasible option for partially mitigating floods and droughts, which are both expected to increase in frequency and intensity as the climate changes, said lead author Qian Yang, a research associate at UT Austin’s Bureau of Economic Geology.

“We either have too much water or we don’t have enough water,” she said. “And so, what can we do then to manage water resources during these extremes? That is the motivation we had.”

The idea of capturing water and diverting it into naturally occurring, underground aquifers is not new. It is already being done in the Texas cities of El Paso, Kerrville and San Antonio. But skimming off water on a larger level would take a tremendous amount of new infrastructure and planning, said Bridget Scanlon, a bureau senior research scientist and study author. 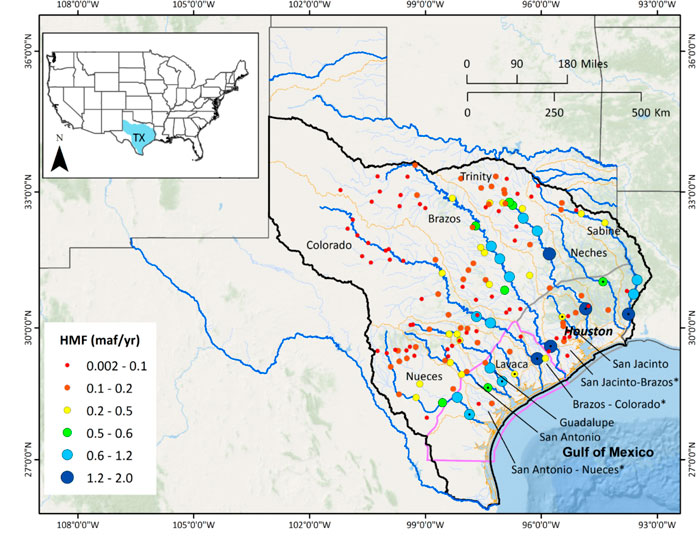 A figure showing the average amount of water produced during high flow events that passed by stream gauges in 10 major Texas rivers during wet years from 1968 – 2017. The colors of the circles correspond to the volume of water in million acre-feet. A black dot at the center of a circle indicates the gauge closest to the river outlet into the Gulf of Mexico. The grey line outlines the northern portion of the Texas Gulf Coast Aquifer. The purple line outlines the southern portion of the Texas Gulf Coastal Aquifer. Credit: Qian et al.

“This study is the first step, but it looks like the water is worth going after,” she said. “Before this research we didn’t know how much water there was, whether it would be worth investing in, where it was, when it occurred – all these basic questions.”

The bureau is a research unit of the Jackson School of Geosciences.

The water level in the aquifers along the Texas Gulf Coast has been declining over the years because of agricultural and municipal water use. This has left space that could store about 20 million acre-feet of water, almost as much as can be held in Lake Mead, the largest reservoir in the United States.

That’s enough space to store about two-thirds of the water that flowed in Texas’ 10 major rivers during high-flow events from 2015 through 2017, according to the study. The researchers differentiated high flow from normal flow by looking at daily average water volumes during the past 50 years, and classifying flows that exceeded the 95thpercentile as high magnitude.

Although 2015, 2016 and 2017 were particularly wet years, the study found that high flows occur regularly across the 10 rivers, with a 50% chance of occurring in each river during any given year. The analysis also shows that about 80% of the water produced by high-flow events lasts for a week or longer, making capturing the water more feasible than if they occurred during shorter, more intense storms.

The study also found that capturing these flows would not affect the state’s water rights owners. And researchers referenced environmental studies in the San Antonio and Brazos rivers that showed that 65% of high-magnitude flows could be captured without harming the environment.

Bill Mullican, a former deputy administrator for the Texas Water Development Board who has provided expertise to projects in Texas, Colorado, Oklahoma, Georgia and Arkansas, said that the research could help support aquifer storage projects in more areas across the state.

“While there has been significant interest from both policymakers and water managers to do a better job of taking advantage of flood flows, there just was not really a robust understanding of the true availability,” he said. “What Dr. Yang and Dr. Scanlon did has filled a very important niche in understanding the opportunity and availability of a potential water resource that we might take advantage of in the future.”

The research was funded by the State of Texas Advanced Resource Recovery program and the Jackson School of Geosciences. 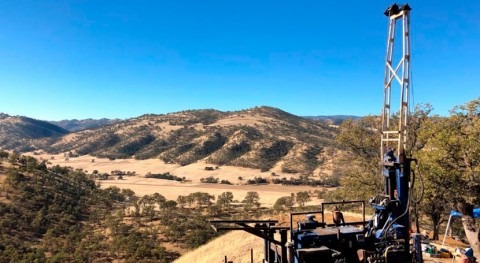 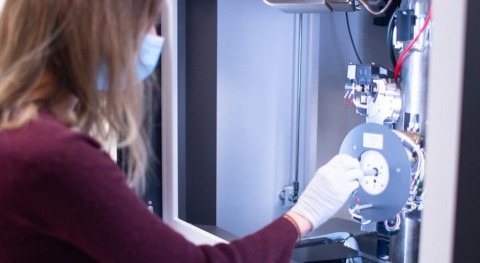 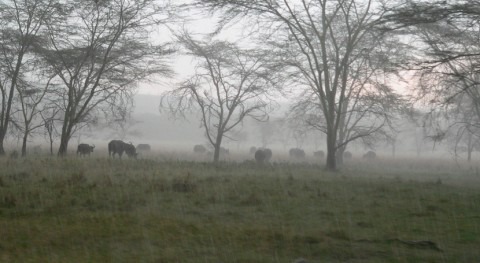 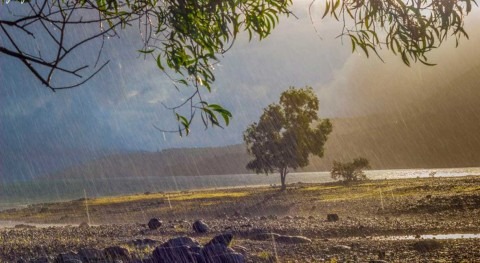 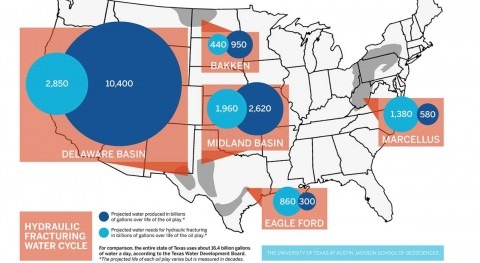