Starved for freshwater, the Great Salt Lake is getting saltier. The lake is losing sources of freshwater input to agriculture, urban growth and drought, and the drawdown is causing salt concentrations to spike beyond even the tolerance of brine shrimp and brine flies, according to Wayne Wurtsbaugh from Watershed Sciences in the Quinney College of Natural Resources.

Deciphering the ecological and economic consequences of this change is complex and unprecedented, and experts are closely observing another stressed saline lake for clues on what to expect next—Lake Urmia in Iran. This "sister lake" offers obvious, and troubling, parallels to the fate of the Great Salt Lake, according to new research from Wurtsbaugh and Somayeh Sima from Tarbiat Modares University in Tehran.

The history of both lakes has moved along similar trajectories, though at different paces. As less freshwater moves through connected rivers and streams into these lakes, natural salts become more and more concentrated in the water. Native brine flies and brine shrimp tolerate salt, but when saline levels reach certain extreme concentrations—at times reaching saturation—even animals and plants specially adapted to saline environments can struggle. This means as well that millions of migratory birds that depend on these food sources will also struggle, starve, or leave.

At the Great Salt Lake, a causeway divides the lake in distinct halves. With no freshwater inputs, the northern arm of the lake (Gunnison Bay) has become the saltiest with levels at saturation. A transfer of salt into the north arm has allowed the south arm (Gilbert Bay) to stay at a concentration range that allows brine shrimp and brine flies to tolerate the salinity. But salinities in the south are now also increasing to levels stressful for even those hardy species.

The Great Salt Lake and Lake Urmia in Iran were once remarkably similar in size, depth, salinity and geographic setting. High rates of urban growth there also fueled demand for irrigated agriculture and human uses, putting extreme stress on the ecosystem. Compared to the Great Salt Lake, the fate of Lake Urmia is on fast-forward.

Over just 20 years, diversions caused Urmia's salinity to jump from 190 grams of salt per liter of water to over 350 grams, said Sima. (For comparison, ocean water has a salinity of around 35 grams per liter.) The decline in Lake Urmia's ecosystem has been precipitous and easy to recognize. It has lost nearly all of its brine shrimp. How long brine shrimp can endure in increasingly salty water in the Great Salt Lake is a question researchers are eager to understand, especially for the south arm where salt concentrations are high, but still sustaining some shrimp.

Gilbert Bay in the north arm of Great Salt Lake has reached an astounding 330 grams per liter (27% salt), and brine shrimp there are nearly absent, halting harvest there by the $70 million brine shrimp industry, said Wurtsbaugh. Now, shrimp harvest in the south arm is also being threatened by increasing salinities. Brine shrimp prefer salt levels at a comfortable 75-160 grams per liter. Brine fly larvae can tolerate higher saline concentrations, but even this uber-hardy species start to feel the pinch when things are so over-the-top.

"Brine fly larvae get smaller at these higher salt levels, signaling ecological stress," said Wurtsbaugh. "A combined collapse of these two organisms could have catastrophic ecological consequences for migratory bird populations and for the economics of the lake."

Managers still have some capacity to regulate flow of salt from the north to the south arms of the lake using an underwater berm at a break in the causeway. This flow is used to manage competing needs of mineral extraction companies on the lake and the brine shrimp harvesting industry. But if water development and climate change trigger further losses in water levels, even that option will become limited, Wurtsbaugh said.

Lake Urmia has already lost most of its ecological and cultural function—but the Great Salt Lake has not yet crossed that precipice, say the authors. The ongoing crises at Great Salt Lake and Lake Urmia are not unique—around the globe, other saline lakes are facing a similar crisis and are entirely desiccated or quickly losing water, said Wurtsbaugh. But communities are noticing, which gives him hope. Making any progress will require considerable sacrifice from the water users if the lakes are to be sustained, said Wurtsbaugh.

The study appears in the journal Water.

Understanding how high-latitude lakes respond to and affect climate change 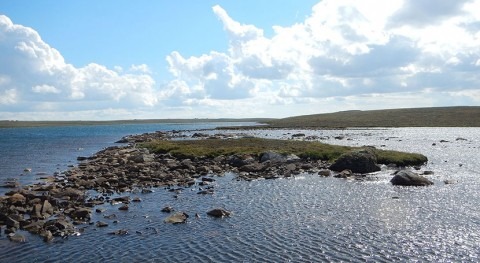 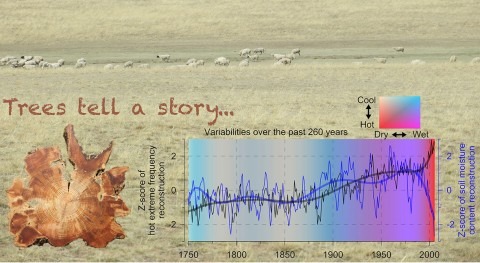 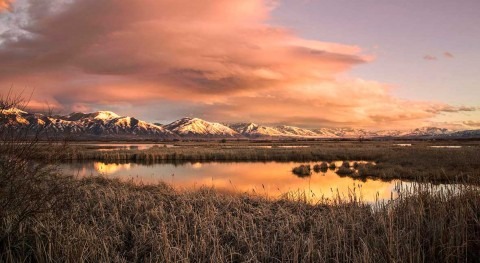