One proposed paradigm for shifting away from fossil fuels is the hydrogen economy, in which hydrogen gas powers society’s electrical needs. To mass produce hydrogen gas, some scientists are studying the process of splitting water — two hydrogen atoms and one oxygen atom — which would result in hydrogen fuel and breathable oxygen gas.

Feng Lin, an assistant professor of chemistry in the Virginia Tech College of Science, is focusing on energy storage and conversion research. This work is part of a new study published in the journal Nature Catalysis that solves a key, fundamental barrier in the electrochemical water splitting process where the Lin Lab demonstrates a new technique to reassemble, revivify, and reuse a catalyst that allows for energy-efficient water splitting. Chunguang Kuai, a former graduate student of Lin’s, is first author of the study with Lin and co-authors chemistry graduate students Zhengrui Xu, Anyang Hu, and Zhijie Yang. 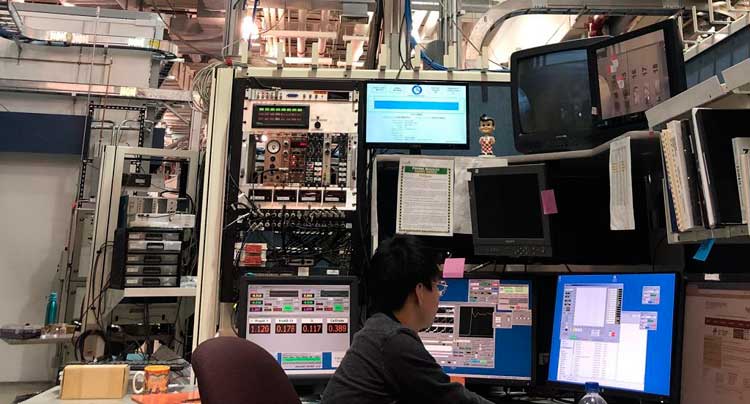 The basics of chemical catalysts

The core idea of this study goes back to a subject in general chemistry classes: catalysts. These substances increase the rate of a reaction without being consumed in the chemical process. One way a catalyst increases the reaction rate is by decreasing the amount of energy needed for the reaction to commence.

Water may seem basic as a molecule made up of just three atoms, but the process of splitting it is quite difficult. But Lin’s lab has done so. Even moving one electron from a stable atom can be energy-intensive, but this reaction requires the transfer of four to oxidize oxygen to produce oxygen gas.

“In an electrochemical cell, the four-electron transfer process will make the reaction quite sluggish, and we need to have a higher electrochemical level to make it happen,” Lin said. “With a higher energy needed to split water, the long-term efficiency and catalyst stability become key challenges.”

In order to meet that high energy requirement, the Lin Lab introduces a common catalyst called mixed nickel iron hydroxide (MNF) to lower the threshold. Water splitting reactions with MNF work well, but due to the high reactivity of MNF, it has a short lifespan and the catalytic performance decreases quickly.

Lin and his team discovered a new technique that would allow for periodic reassembling to MNF’s original state, thus allowing the process of splitting water to continue. (The team used fresh water in their experiments, but Lin suggests salt water – the most abundant form of water on Earth – could work as well.)

MNF has a long history with energy studies. When Thomas Edison tinkered with batteries more than a century ago, he also used the same nickel and iron elements in nickel hydroxide-based batteries. Edison observed the formation of oxygen gas in his nickel hydroxide experiments, which is bad for a battery, but in the case of splitting water, production of oxygen gas is the goal.

“Scientists have realized for a long time that the addition of iron into the nickel hydroxide lattice is the key for the reactivity enhancement of water splitting.” Kuai said. “But under the catalytic conditions, the structure of the pre-designed MNF is highly dynamic due to the highly corrosive environment of the electrolytic solution.”

During Lin’s experiments, MNF degrades from a solid form into metal ions in the electrolytic solution — a key limitation to this process. But Lin’s team observed that when the electrochemical cell flips from the high, electrocatalytic potential to a low, reducing potential, just for a period of two minutes, the dissolved metal ions reassemble into the ideal MNF catalyst. This occurs due to a reversal of the pH gradient within the interface between the catalyst and the electrolytic solution.

“During the low potential for two minutes, we demonstrated we not only get nickel and iron ions deposited back into the electrode, but mixing them very well together and creating highly active catalytic sites,” Lin said. “This is truly exciting, because we rebuild the catalytic materials at the atomic length scale within a few nano-meter electrochemical interface.”

Another reason that the reformation works so well is that the Lin Lab synthesized novel MNF as thin sheets that are easier to reassemble than a bulk material.

To corroborate these findings, Lin’s team conducted synchrotron X-ray measurements at the Advanced Photon Source of Argonne National Laboratory and at Stanford Synchrotron Radiation Lightsource of SLAC National Accelerator Laboratory. These measurements use the same basic premise as the common hospital X-ray but on a much larger scale.

“We wanted to observe what had happened during this entire process,” Kuai said. “We can use X-ray imaging to literally see the dissolution and redeposition of these metal irons to provide a fundamental picture of the chemical reactions.”

Synchrotron facilities require a massive loop, similar to the size of the Drillfield at Virginia Tech, that can perform X-ray spectroscopy and imaging at high speeds. This provides Lin high levels of data under the catalytic operating conditions. The study also provides insights into a range of other important electrochemical energy sciences, such as nitrogen reduction, carbon dioxide reduction, and zinc-air batteries.

“Beyond imaging, numerous X-ray spectroscopic measurements have allowed us to study how individual metal ions come together and form clusters with different chemical compositions,” Lin said. “This has really opened the door for probing electrochemical reactions in real chemical reaction environments.”

This discovery won’t lead to hydrogen-powered cars tomorrow, but it is a significant step forward in application-driven fundamental science to achieving a sustainable, renewable energy future. 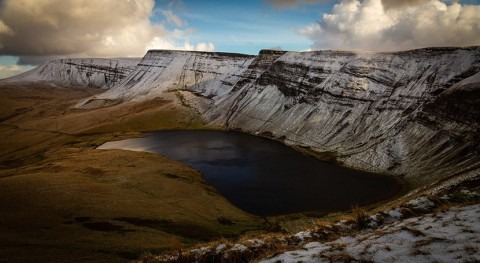 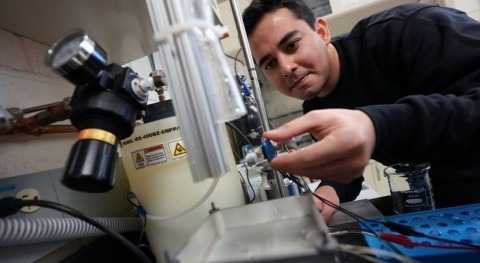 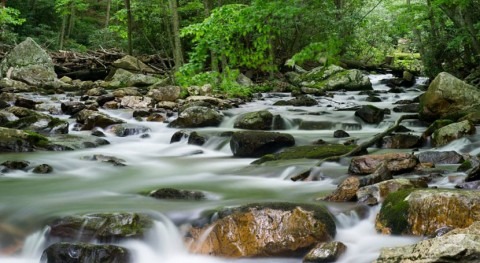 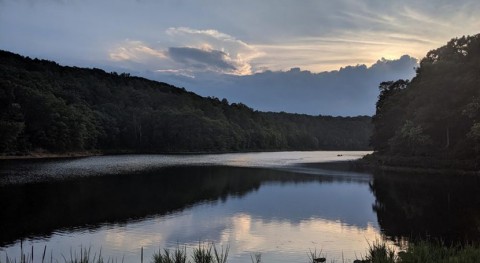 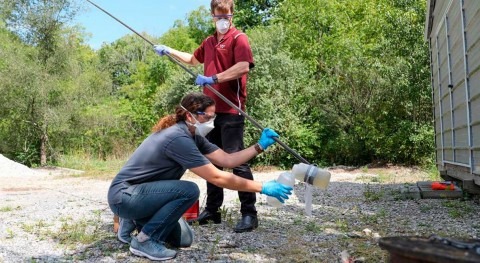 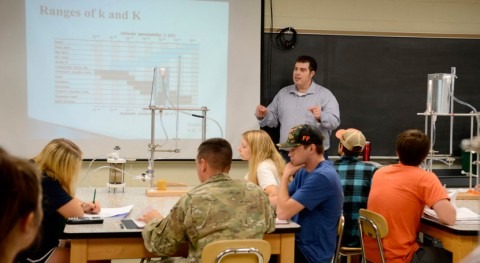 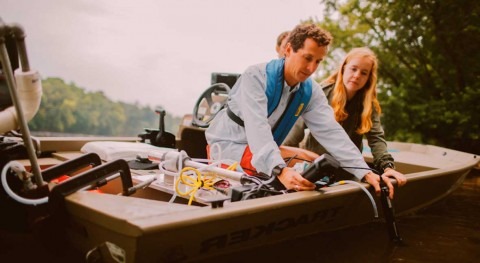 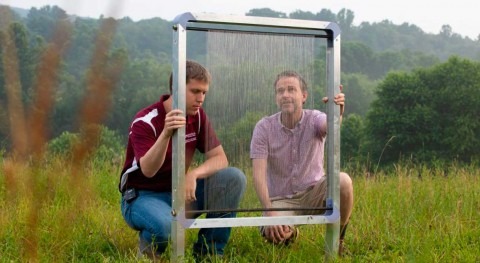 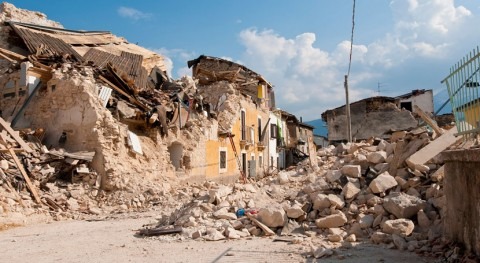 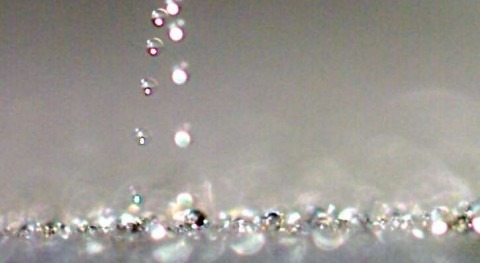