"Many times, ultrasound technology will pre-empt an algae bloom and keep it from getting worse" 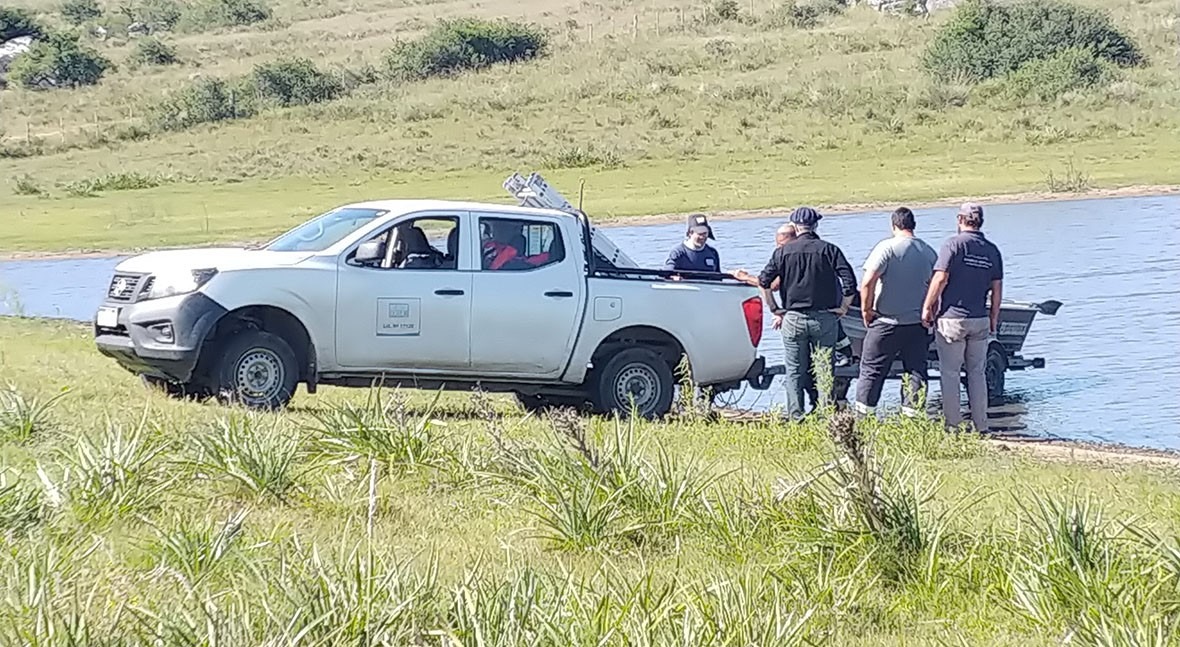 Algae and biofilm can cause havoc for water systems and the humans that rely upon them. Water treatment solutions by WaterIQ Technologies help restore water ecosystems to their natural state without using chemicals.

Algae blooms are overgrowths of algae in water. They may produce toxins dangerous for people and animals, but even nontoxic blooms harm the environment and economies. Although they are sometimes natural phenomena, their frequency and intensity are increased by nutrient pollution. Moreover, climate change might exacerbate the problem due to warmer water temperatures among other factors. In this interview, George Hutchinson, CTO of WaterIQ Technologies, talks about algae blooms and their impacts, and current solutions for algae management.

Could you tell us briefly about your career path as CTO of WaterIQ Technologies?

Graduating from the University of South Caroline in 1974 with a Bachelor of Science in Chemical Engineering, my career path took me into the fibre and film industry primarily with a short span in the rubber and tire industry. The bulk of my career was with Amoco Chemical Company (eventually BP Chemicals) until leaving there in 2007 to begin work in ultrasonic algae and biofilm control. My brother and I started AlgaeControl.US LLC as a division of his company, South Santee Aquaculture, Inc. in 2006. Eventually, I took control of it as a solely owned company in 2013. In 2019 we merged with SonicSolutions LLC where I became CTO of the newly formed SonicSolutions Algae Control, LLC. Just recently, the SonicSolutions management team, me included, joined forces with WaterIQ Technologies, where I now serve as CTO. 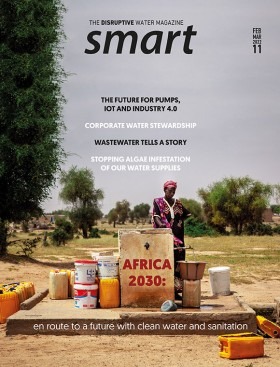 Africa 2030: en route to a future with clean water and sanitation

To what extent are algae management problems having an impact on water systems?

The problem of algae management in water systems is indeed a very broad topic and touches on potable water, wastewater, lake management, golf course waterways, rivers, personal ponds, stormwater and even ocean water impact. The primary problems are due to phosphate pollution from a variety of sources including farm fertilizer runoff, over-fertilization of lawns, phosphate-based cleaning soaps and surfactants, and overuse of algaecides (particularly copper sulphate) for decades. The latter is not intuitively obvious until you realize that overuse of copper causes death to not only algae, but to good beneficial bacteria that are necessary to help remove the excess phosphates that drive the algae growth. The remaining bacteria unaffected by the copper are mostly anaerobic and over time they cause the algae problem to spiral out of control by continually recycling phosphates back into the water column. The problem mostly results from cyanobacteria (aka blue-green algae) that have the ability to create complex hydrocarbons that are toxic to humans and many other animals. 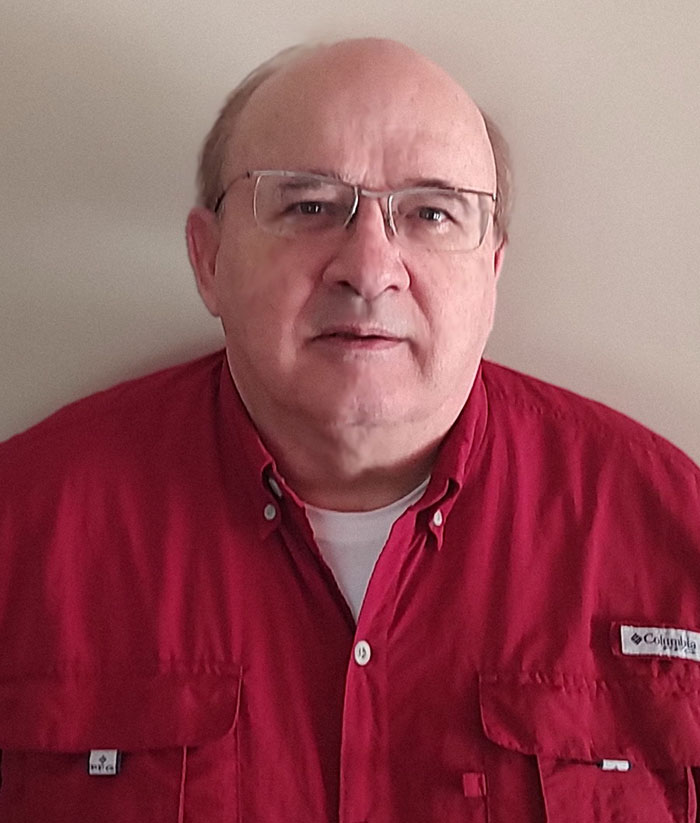 How does human activity contribute to algae blooms, and what trends have you seen in this regard?

Again, pollution and fertilizer runoff are the main contributors as discussed above as they increase phosphate levels in streams and in groundwater. Nitrates are also a factor, but to a lesser extent than phosphates, and mainly affect green algae growth that can lead to floating mats of filamentous algae and other types of nuisance algae strains. Most of the problematic cyanobacteria algae can produce or fix their own nitrogen source from the air, so nitrates are less of a growth issue for them. In fact, in some cases, the lack of nitrates causes some cyanobacteria to produce more of these hydrocarbons that are toxic to us so that they can fix enough nitrogen for growth.

Algae management problems in water systems are due to phosphate pollution from a variety of sources, and overuse of algaecides

You could write an encyclopaedia about the interactions between global temperature, sources of CO2 (manmade vs. ocean emissions due to temperature), sun spots, etc. and the debate continues, but one thing is for certain, being that atmospheric CO2 has increased and CO2 is a necessary ingredient for algae growth and growth of plants. Photosynthesis, simplified, is a process where inorganic carbon is converted to organic carbon. CO2 becomes CH2O (monosaccharide), the latter being the primary building block for organic life. Another fact is that nothing we as humans do in the short term will affect the growth rate in CO2 levels, which will be with us for many years to come.

What can we do to stem harmful algae blooms? The most effective thing we can do to stem harmful algae blooms is to limit the use of phosphates and their ingress into our surface waters. Of course, that is often easier said than done. So, other steps can include introducing restorative beneficial bacteria into our ponds and lakes to restore the balance between aerobic and anaerobic bacteria populations. This helps remediate the phosphate content. Adding aeration to compromised water bodies can also accelerate the restoration by increasing oxygen levels throughout the water. While aeration can help slow the growth of algae, it doesn’t kill it. The nonchemical approach to killing algae, and what WaterIQ Technologies is all about, is the use of ultrasound.

What are some of the approaches currently used to prevent algae blooms and clear them once they have occurred?

We estimate that about 95% of the 70,000 species (2,000,000 sub-species) of algae are affected by ultrasound, so this is a proven non-chemical way to eliminate them. Many times, this technology will pre-empt an algae bloom and keep it from getting worse. Depending on the algae type and the water body where it occurs, other tools can be used like aeration, beneficial bacteria, and yes even algaecides may be necessary, at least initially, to abate the problem. Always target the root cause of the growth and, based on experience, that is almost always reducing phosphate levels. Work towards getting the concentration well below 100 parts per billion and soon the problem will be eliminated. 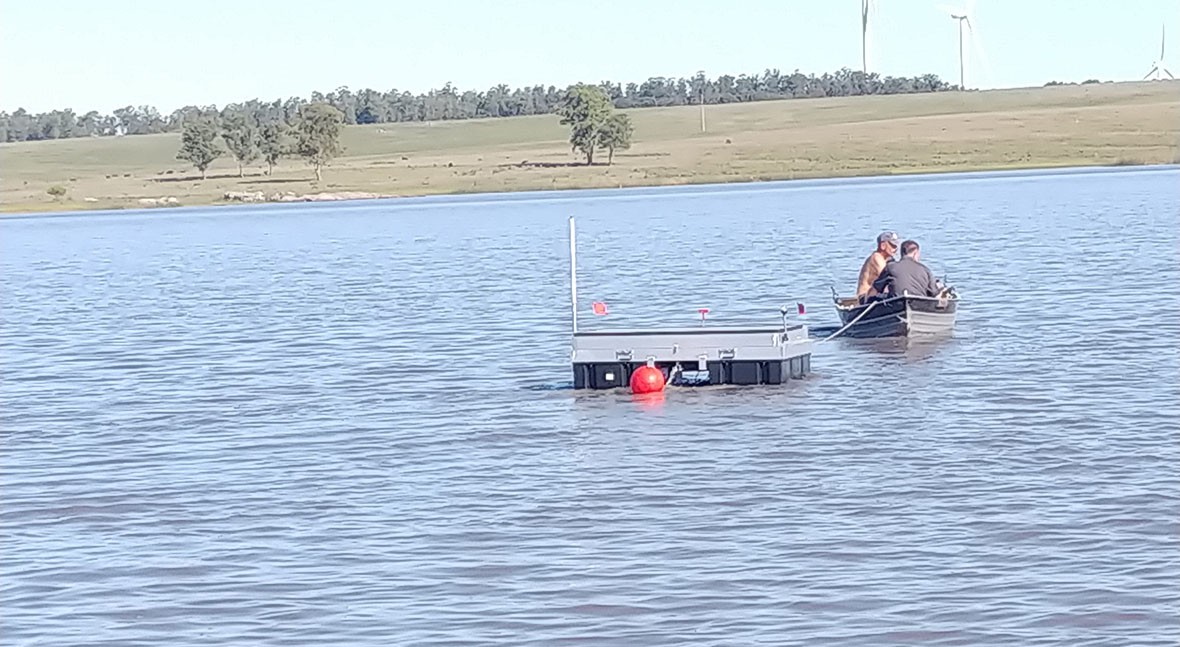 What is the expected effect of climate change on these problems?

Rising temperatures will cause algae blooms to occur earlier in the year and potentially last longer. Most blooms occur after summer warming of the sediment levels in a water body. The sediment holds much of the undigested organic food laden with phosphates that have settled since the last winter season (leaves, dead plants, etc.) typically laying in the bottom area where there is a likelihood of anoxic conditions (i.e., low oxygen availability). It is typically also in these areas that the coldest conditions exist and they lag behind the air and surface temperatures as summer warming continues. Typically, in the northern hemisphere, the bottom areas reach a temperature that is high enough for anaerobic bacteria to become very active generally from late June to middle July, depending on the latitude and the number of sun hours per day. Once this temperature is reached, the anaerobes become very busy eating the muck and expelling a lot of phosphates from this material.

About 95% of the 70,000 species of algae are affected by ultrasound, so this is a proven non-chemical way to eliminate them

Cyanobacteria have adapted to this phenomenon and use gas vesicles to regulate buoyancy in order to sink to the bottom at the end of the day to have access to the abundance of phosphates there and then once absorbed continue to do cell division, lose buoyancy and float to the surface at dawn to start another day basking in the sun. This is the phenomenon that is most addressed with ultrasonic algae control devices. By breaking the gas vesicles, within 3-4 days the gas will migrate to the outer cell wall and diffuse through it, leaving the cyanobacteria heavier than water and unable to return to the surface for photosynthesis.