Epidemics and pandemics have marked African history. COVID-19 arrives in the continent overlapping with other endemic diseases, serious medical deficiencies and unmet goals in the access to water and sanitation. The African population is well aware of the power of community spirit. It is their most powerful weapon in the fight against the pandemic and we can all learn from it. 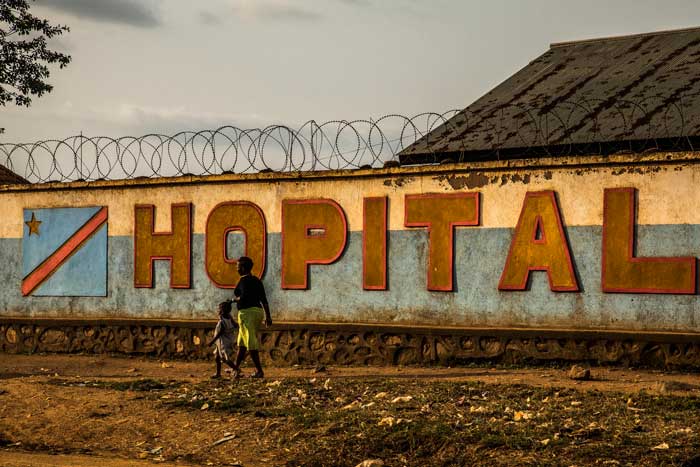 The population pyramid in African countries shows a much younger population than that of developed countries. This leads to some epidemiologists considering it a factor in reducing mortality from COVID-19 based on the global statistics that have been generated so far. It happened with the SARS coronavirus in 2002-2003 and the H1N1 flu in 2009. However, as with other diseases, the vulnerability of the immune system of the poorest Africans, weakened by malnutrition, and the simultaneity with other endemic diseases, threaten in the opposite direction. This is the case in many regions of Africa where the lack of hygiene and full access to water and sanitation pose the worst scenario for the spread and mortality of the pandemic. 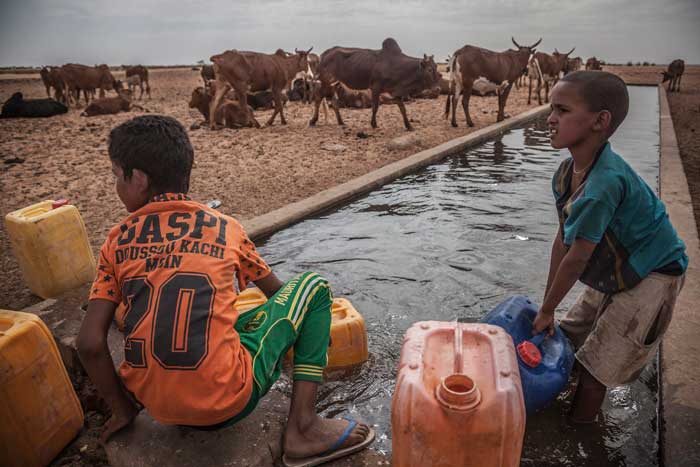 Pandemics that reach Africa often overlap with endemics in certain areas, making risk predictions more uncertain. One example would be the water-borne diseases such as diarrhea, a scourge that decimates and leaves African children defenseless; and respiratory diseases such as childhood pneumonia and tuberculosis which, associated with AIDS, another of Africa's endemic diseases, dramatically increase the vulnerability of the population.

In its weekly bulletin on epidemic outbreaks and medical emergencies, the WHO points out that COVID-19 reaches Africa while also coexisting with more than 90 epidemic outbreaks, such as Ebola in the Democratic Republic of the Congo, measles in the Central African Republic and yellow fever in Uganda, among others.

In addition to the WHO warnings, FAO warns of locust infestations in agriculture in East African countries such as Somalia, Kenya, Uganda, Southern Sudan and Ethiopia. Because of widespread rains in late March, swarms of this crop-devouring insect threaten to spread from June to July coinciding with the start of the harvest. This represents an unprecedented threat to the food security and livelihoods of farmers in one of the geographical areas most threatened by climate change.

Lack of access to water, sanitation and medical services 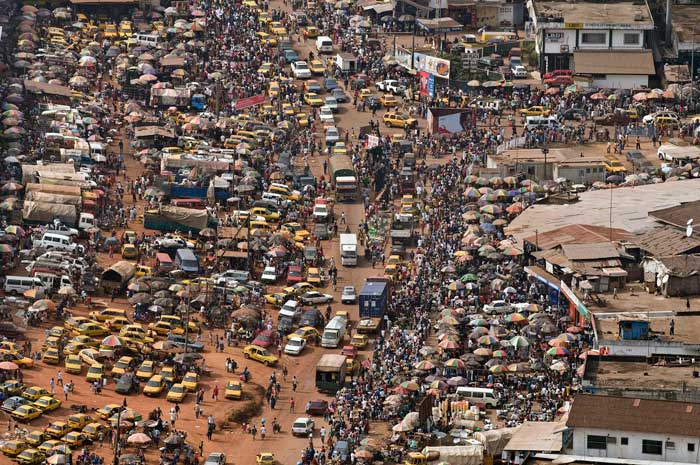 In sub-Saharan Africa, 40% of the population lives in urban areas, most of which have experienced uneven growth. ©UN Photo/Christopher Herwig.

In sub-Saharan Africa, 40% of the population does not have access to clean water. This means that 300 million people are exposed to the diseases caused by contaminated water, and that expectations of maintaining efficient personal hygiene programs are remote.

On the other hand, 40% of the population lives in urban areas, most of which have experienced uneven growth. UN Habitat estimates that 570 million Africans live in slums in overcrowded conditions without minimum water and sanitation services, and for whom medical coverage is a remote commodity. In these conditions, confinement and social distancing are difficult to achieve.

In rural sub-Saharan areas, confinement creates significant survival problems. WHO estimates that in Africa, more than a quarter of the population, the vast majority of whom are women, walk more than 30 minutes to and from a water source. In total, they spend 40 billion hours a year outside their homes fetching water and, despite being an unacceptable scourge, this is the time many women and girls spend socializing with each other.

African countries have the most precarious health systems in the world. In general, throughout the continent, less than 50% of the population has access to efficient medical services. Their health systems are operating below half their potential in terms of human and material resources, and are therefore unable to cope with an exponential increase in patients needing intensive care.

The African Union has reacted quickly to COVID-19. The 55 member states have been aware of the importance of learning from what has happened in China, Europe and the USA and have launched a program of measures coordinated with the WHO and international scientific and medical institutions. The plan is based on systematizing surveillance, screening tests, prevention, management of medical centers and communication strategies with the population. This multilateral and integrative program is reflected in the document Africa Joint Continental Strategy for COVID-19 Outbreak which appears as an experience from whose results everyone can learn for this crisis and future pandemics that may arise.

The power of the community 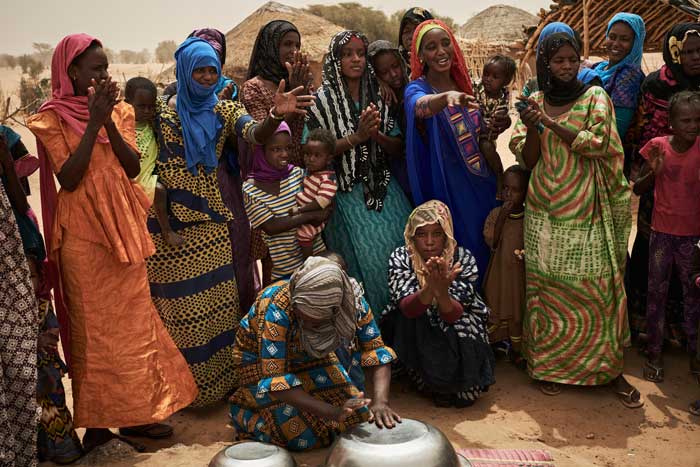 The awareness of the fact that what is good for you must be good for the community is firmly rooted among Africans, especially in rural communities. © Carlos Garriga / We Are Water Foundation

The awareness of the fact that what is good for you must be good for the community is firmly rooted among Africans, especially in rural communities. The Foundation's experience in the project that brought clean water and hygiene education to Brakna, in Mauritania, proved this.

Brakna is one of the most depressed regions of the country, with a poverty rate of over 40%. The population there has been affected for decades by recurring disease crises, such as diarrhea or malaria, and severe droughts that accelerate desertification and plunge the country into a vicious circle of food insecurity, malnutrition and poverty. 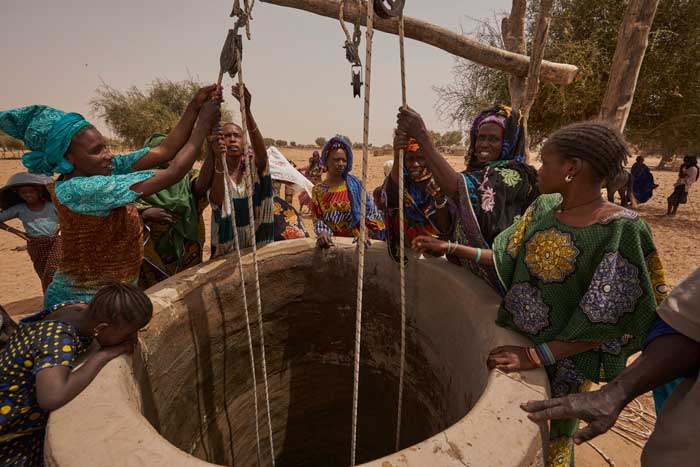 In Brakna, Mauritania,where the Foundation developed one of its projects, 62% of the population was using unsafe sources of water. ©Carlos Garriga /We Are Water Foundation

In Brakna, in November 2017, 62% of the population was using unsafe sources of water because of their inability to pay for its supply or because of the remoteness of their homes from healthy sources. The lack of access to water purification products was one of the causes of the prevalence of diarrhea, which reached 21% in the project's intervention area.

The Foundation's work, in collaboration with Save the Children, aimed to improve access to water and hygiene practices in order to reduce child malnutrition. 250 hygiene kits were distributed to the poorest households, reaching about 1,500 people. The kit contained chlorine for water treatment, soap to promote handwashing, a container to store water and powdered detergent.

The distribution of kits was carried out with educational sessions explaining how to use the products, basic handwashing hygiene practices and safe cooking practices. These new hygiene habits will be the spearhead in their fight against coronavirus.

The project achieved its goals of benefiting the rest of the villagers thanks to its participatory spirit. This facilitated the creation and management of community committees that monitored good practices and passed them on to more than 43,000 inhabitants in 124 villages in the region. The conviction that community empowerment is the best tool to fight crises is strengthened in all aid projects developed in Africa, thus ensuring their full sustainability. 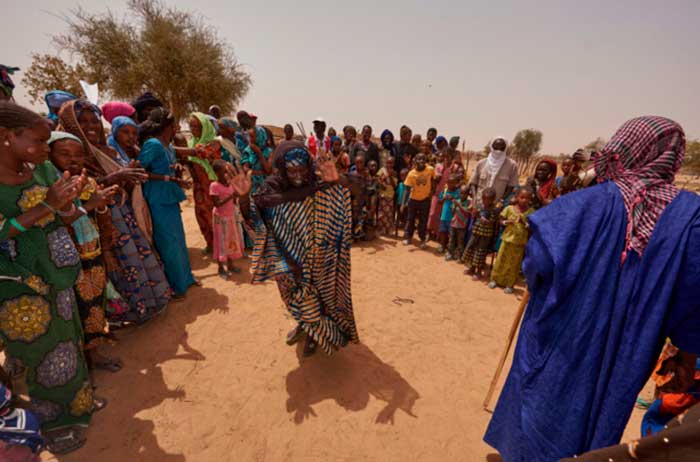 The celebration of the attainment of water and sanitation is a feeling that is rooted and shared as the community achievement of the people obliged to survive day by day. © Carlos Garriga / We Are Water Foundation

This experience extends to the 12 projects the Foundation has developed in sub-Saharan Africa. In all of them, the celebration of the attainment of water and sanitation is a feeling that is rooted and shared as the community achievement of the people obliged to survive day by day. This allows the extraordinary African people to achieve an exemplary resilience for the rest of the world, one of their main weapons in the fight against coronavirus and one we should all learn from to overcome the crisis we are experiencing.​

Department of the Interior to provide $25.5 million for water efficiency projects
END_OF_DOCUMENT_TOKEN_TO_BE_REPLACED