The Sahel, desertification beyond drought

General29
We Are Water Foundation
We are a non-profit organisation, set up in 2010 with the aim of contributing to the resolution of problems derived from the lack of water and sanitation in the world.
TwitterFacebookYoutubeWeb

The periodic crises in the African “Hunger Belt” have provided a more accurate and effective vision of the relationship between desertification and human activities. Regardless of the droughts, poor resource exploitation practices have been determinants of land degradation. The African Great Green Wall project gives hope to the Sahel, one of the most vulnerable areas to the current climate crisis. 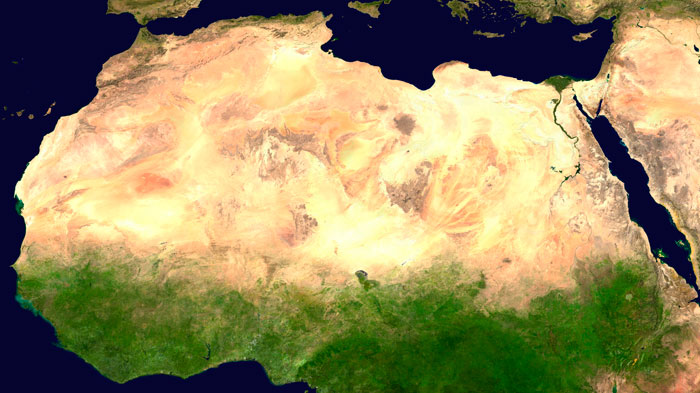 Between 1984 and 1985, international media brought to the world’s attention the existence of what was called the “Hunger Belt”. A massive drought had affected the Sahel, the large 5,400-km strip that crosses Africa from west to east, from the Atlantic Ocean to the Red Sea. The land was left without water and without a blade of grass, and the inhabitants of this vast area of four million km², mostly shepherds, saw all their livestock die. A great famine broke out, the media repercussions of which changed the way in which the international community related climate to desertification. Scientists and economists pointed out that inadequate human actions were the main cause of desertification and that droughts only triggered its effects.

It was not the first time that the Sahel had been ravaged by a drought. Since systematic records started being kept, at the beginning of the 20th century, the area has experienced alternating climatic periods of abundant and scarce rainfall. The first recorded drought took place in 1915, causing a great migration towards more fertile areas in the south. During the 1960s, there was a period of abundant rainfall that filled the water wells and caused the return of shepherds and farmers, largely driven by the governments of the countries of the strip, some of them recently decolonized.

But then droughts returned with greater force. Between the years 1968 and 1974, grazing became impossible and the lack of water triggered a large-scale famine that led to the first mobilization of external aid and the creation of the International Fund for Agricultural Development by United Nations. The soil of the Sahel had degraded to such an extent that, in 1977, the first United Nations Conference on Desertification was organized in Nairobi, Kenya. In 1994, the United Nations declared the 17th June as the World Day to Combat Desertification and Drought, and the United Nations Convention to Combat Desertification (UNCCD) was established in 1996. The UNCCD defined desertification as “land degradation in arid, semi-arid and dry sub-humid areas resulting from various factors including climatic variations and human activities.” 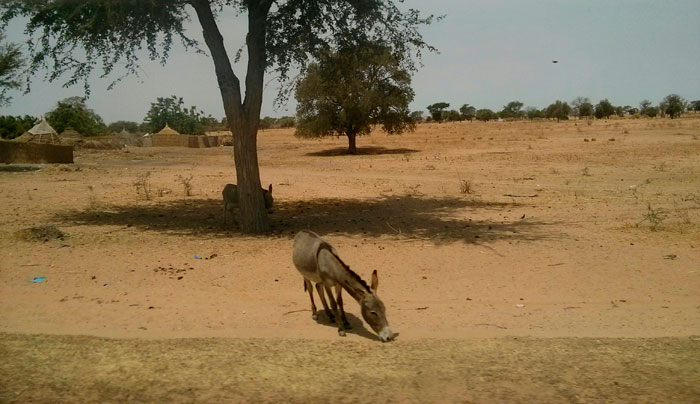 A significant aspect of this definition is the separation of two concepts, “climatic variations” and “human activities”, which until then had been unclear for public opinion and many experts, who had traditionally considered desertification as a direct effect of droughts.

The terrible crisis of 1984 brought to light the bad practices carried out in the area until then: the increase of grazing and agriculture, promoted by governments and the farmers themselves in rainy periods, had caused a systematic over-exploitation of the land well above its average capacity to provide water and pasture. The short-term vision of governments and communities, seeking to maximize economic returns in the shortest possible time, had led to a severe degradation of the soil.

Between the desert and the savannah

The term Sahel comes from the Arab word sāḥil, which means “edge or coast”. A geographically and climatically correct meaning for an area bordered to the north by the Sahara Desert and to the south by the savannahs and jungles of the Gulf of Guinea and Central Africa. From the Atlantic Ocean to the Red Sea, the Sahel extends through northern Senegal, southern Mauritania, the central areas of Mali and Niger, northern Burkina Faso, southern Algeria, northern Nigeria, the central strip of Chad and Sudan, virtually all Eritrea and northern Ethiopia. 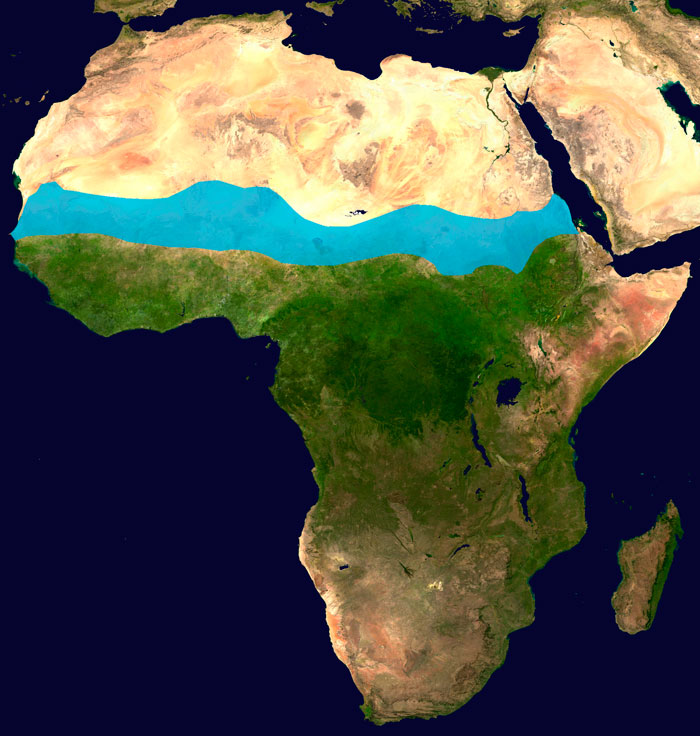 Annual rainfall ranges from 100–200 mm in the north of the strip up to 600 mm in the south, where climatologists place the beginning of the tropical forests. The Sahel lands are grasslands and savannahs, with scrub areas to the north, alternating areas of trees, mainly acacias, in the south.

There is no accurate data on the population of the Sahel, where there is one of the world’s highest rates of statistical invisibility and uncontrolled migratory movements caused by droughts, armed conflicts and Boko Haram’s terrorism that affect some of its regions. According to United Nations forecasts, the Sahel’s current population is around 75 million and will almost triple by 2050 reaching nearly 200 million. In 2016, those under the age of 24 were between 60% and 70% of the population, and these figures tend to be maintained over the next 20 years. The lack of prospects forces this young population to exert a considerable migratory pressure in southern areas, a pressure that spreads to European countries.

In 2007, the Heads of State and Government of Burkina Faso, Djibouti, Eritrea, Ethiopia, Mali, Mauritania, Niger, Nigeria, Senegal, Sudan and Chad, with the support of the African Union, decided to launch a project to combat desertification in the Sahel and provide a dignified life with a future to its inhabitants: the Great Green Wall of Africa. The initiative reflects the spirit of the Kenyan ecologist Wangari Maathai, who was the first African woman to receive the Nobel Peace Prize in 2004. Maathai created the Green Belt Movement, an initiative that planted more than 30 million trees in her country.

The Great Green Wall aims to become a 15 km wide and 8,000 km long plant barrier along the Sahel. The realization of climate change and the last famine of 2010 have provided strength to this initiative that aims to repair the endemic governance errors in the area and the erroneous approach often taken when facing the desertification problem. Based on its dimensions, it surpasses any collective work carried out by mankind and some define it as the eighth world wonder: nothing less than covering 100 million hectares of semi-desert with a green mantle. 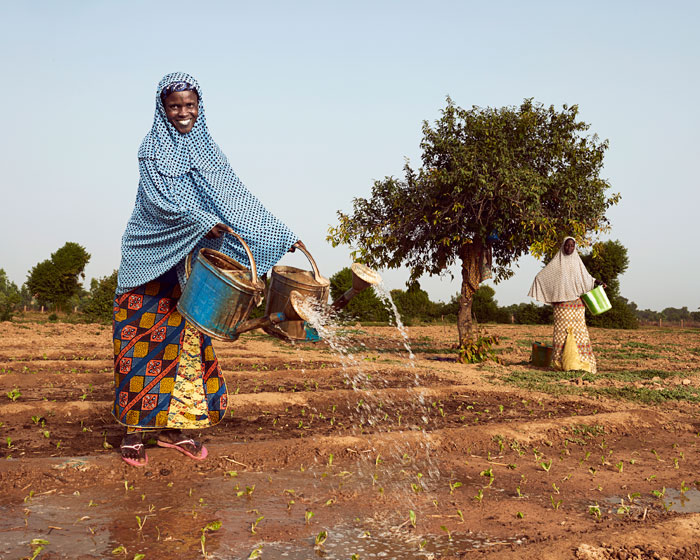 The project met with some criticism from ecologists, who considered that the solution was not to “plant trees”, as the project had mainly focused on, but rather to opt for the natural regeneration of the land and identify the flora of each area to protect it. This work necessarily requires the participation of the inhabitants who need to be trained for the process to be sustainable and for the restored areas to be maintained.

There was also criticism from different economists who pointed out that the implementation pace was not realistic and that the attainment of the high investment needed had not been taken into consideration. The achievement of the project was linked to the UN’s 2030 Agenda for Sustainable Development, which implied a regeneration pace of 5 million hectares per year.

In view of this reality, the African Union proposed a less ambitious but more realistic date: the one set out in the 2063 Agenda. But many point out that it is still necessary to work at a rate of two million hectares per year, much higher than the estimated, which will probably be less than 200,000 hectares per year.

The project has collected all criticisms and has restructured itself to attain its goals. The Food and Agriculture Organization of the United Nations (FAO) is currently  committed to ensuring that lasting impacts are generated in the areas of action, and the project already gathers more than 20 African countries and various civil institutions and research centers. An added value of the proposed model is that it can be exported anywhere with dry conditions and fragile ecosystems, such as areas of Fiji and Haiti, countries that have started similar projects.

Regardless of its realism, the African Great Green Wall has as its main value to have brought together governments and communities in a common commitment to combat desertification and move forward in the fight against poverty. It has also allowed the creation of an international observatory that reveals the misery of the lack of access to water and education, and the need for an efficient management of the territory and its resources to combat desertification and remove millions of people from climatic vulnerability. The fight against desertification is a challenge that affects all the inhabitants of the planet. We need to follow what is happening in the Sahel, in India, in China and in the other menaced areas, such as the ones in the Mediterranean Arch, the south of Africa, Central America and large Andean areas. Life of future generations on Earth depends on what we learn from it.