The disruption of the access to water and the deterioration of sanitation are almost omnipresent in all conflicts. In general, this is a little known aspect that extends suffering beyond combat areas. It is the case of the eastern zone of Ukraine, described in the short film War and Water, finalist of the We Art Water Film Festival 4. There are currently 25 armed conflicts in the world and more than 75 million displaced due to violence.

War and Water, short film by Cottage (Czech Republic), finalist of the We Art Water Film Festival 4 in the Micro-documentary category.

This short film shows the tragedy experienced by the inhabitants of the armed conflict between the Ukrainian army and pro-Russian militias. Thousands of people were trapped on the front lines without water supply. Volunteers carrying water have to avoid bombardments and snipers. When the short film was shot the situation had already lasted three years and nowadays the resolution of the conflict is still not clear.​ 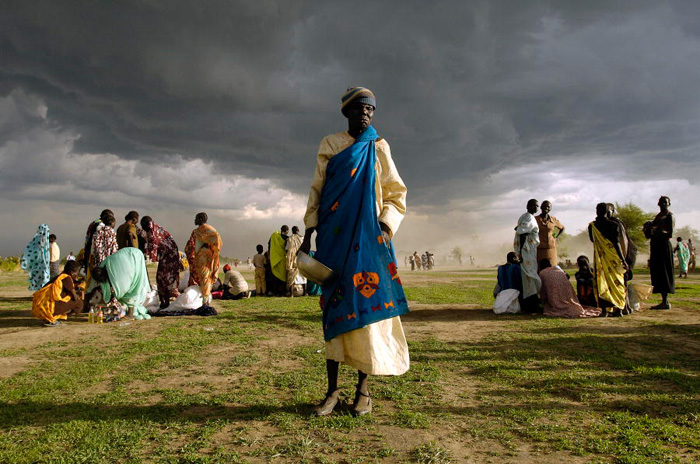 An elderly woman, displaced from her home in Abyei by heavy fighting between the Sudan Armed Forces and the Sudan Peoples Liberation Army (SPLA), gets ready to receive her ration of emergency food aid. © UN Photo/Tim McKulka.

According to UNHCR, the United Nations Agency for Refugees, there were 25 armed conflicts in the world in 2019, 10 of which had worsened significantly. Some of them appear in the international media, such as the ones in Syria, Yemen, Somalia, South Sudan, Gaza and Iraq; unfortunately, we have very remote references of all others, like the one in eastern Ukraine featured in the short film.

In modern wars, the “front”, understood as the combat zone, is often diluted between villages and cities, affecting the civilian population, especially in internal conflicts, such as civil wars and continuous actions by terrorist groups. The current war in Syria shows us the worst side of these conflicts, in which large pockets of population are trapped defenseless and far away from the international aid organizations. Those who are able to migrate start an arduous and dangerous journey towards uncertainty; those who stay in their homes survive as best they can in a destroyed environment, with food shortages and nearly always with no water supply and destroyed sanitation.

Many of these conflicts originate in places with an endemic lack of access to water and sanitation, which results in a situation of poverty and international neglect prior to war. This is the case of Afghanistan, a country severely affected by drought, where since the 1970s continuous wars and conflicts have displaced most of the population; nowadays, Afghanistan is one of the most dangerous countries in the world and has one of the highest number of refugees. 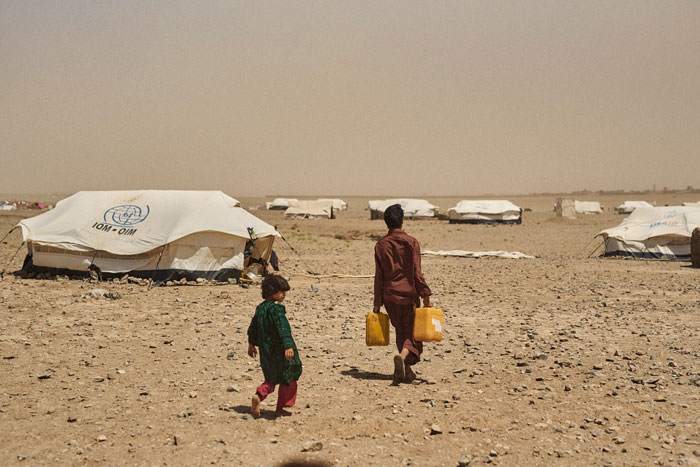 This is now happening in Yemen and South Sudan, and also in other nearly forgotten conflicts, such as the violence in the Democratic Republic of Congo and Central African Republic or that of the Islamic group Al-Shabab in Somalia, whose news reaches the media little by little.

Modern wars also show that international conventions are repeatedly infringed, such as article 52 of the Additional Protocol to the Geneva Convention of 1949: “It is prohibited to attack, destroy, remove or render useless any objects that are indispensable to the survival of the civilian population, such as food products and agricultural areas for their production, crops, livestock, drinking water installations and supplies and irrigation works, for the specific purpose of denying them, for their sustenance value, to the civilian population or to the adverse party, whatever the motive, whether in order to starve the civilian population, to cause it to move away, or for any other motive.” 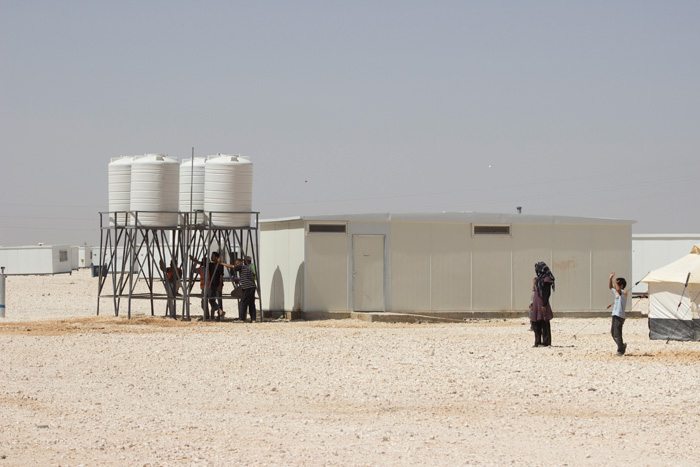 Humanitarian aid has a difficult task. Humanitarian organizations are not always granted access to war zones, not even those which directly depend on United Nations. War is often accompanied by corruption and political viciousness that uses pressure on humanitarian aid as another weapon. In order to leave the population with no water, it is sometimes enough to stop the power supply or blow up a pipeline; these are criminal actions that have been used many times to demoralize the population or force it to migrate following perverse military strategies.

Aid workers risk their lives, they have to prove their political and ideological neutrality and achieve their independence from the power of the armed parties: they cannot give in to political pressure nor can they be influenced by opinion movements.

The simple action of bringing water cans, tanks and water purification tablets has to go beyond the fire zones and many times they need to avoid their confiscation by the military, paramilitaries and government officials. In those cases in which the supply needs to be restored or the sanitation facilities need to be repaired, their task is even more difficult as they need to move technicians and complex materials to a war zone, which also risk being confiscated or robbed.

The displaced: without food or water 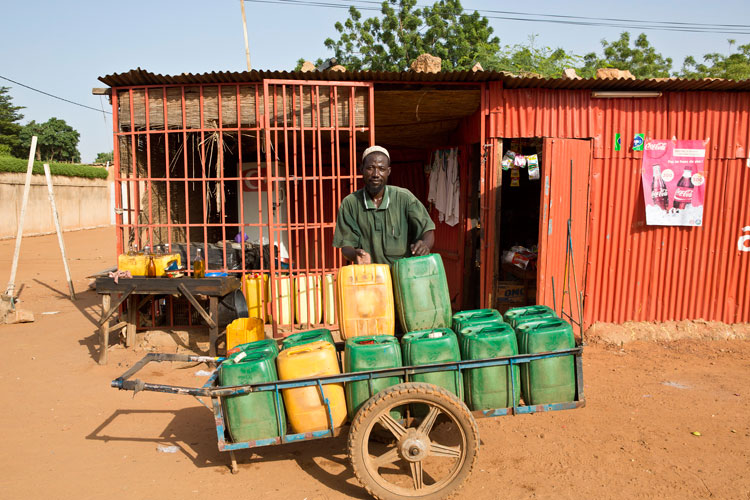 Migration movements are the other intolerable side of wars. Syria’s most notorious displacement movement has been one of the most hurtful human tragedies of the decade, showing how difficult it is to manage the supply of food or water and facilitate hygiene to a scattered and exhausted population that has left its home destroyed or has fled from poverty. The experience of the Foundation in Lebanon, in the project developed in collaboration with Acción Contra el Hambre, helped schools in the Bekaa Valley to overcome hydric stress and the lack of sanitation facilities in a region that received more than 357,000 refugees between 2017 and 2018.

The needs of those who end up in refugee camps are also a terrible consequence of wars. According to UNHCR, there were more than 70 million people displaced from their homes due to violence in 2019; among these, more than 25 million were refugees and 2.6 million of them were packed together in camps. There the needs of water and sanitation are a priority and they are difficult to meet as most of these camps are in areas with very poor access to water. One example would be the refugee camps in eastern Chad, which accommodate those displaced from the Sudanese conflicts. The Foundation collaborated with Oxfam Intermón to bring water to the refugees who were grouped in camps that ended up having three times the population of the host city.

The Sustainable Development Goal 16 Peace, justice and strong institutions, is essential to achieving all the others, but if all others are attained it will be possible to ensure peace, as all main causes of wars will have been eliminated.