General324
West Virginia University (WVU)
WVU is a family of distinctive campuses united by a single mission: to provide a quality and affordable education.
TwitterFacebookYoutubeWeb

One of the COVID-19’s more pleasant impacts has been stories of a cleaner environment as people hunker down inside.

So, this could be a silver lining in the coronavirus cloud?

Maybe some places, and probably only for a little while, but not at all in West Virginia, says Nicolas Zegre, director of the West Virginia University Mountain Hydrology Laboratory.

Zegre bases his conclusion on the continued operations of the mining and energy industries in the state, despite a stay-at-home order by Gov. Jim Justice that went into effect Tuesday (March 24). During a news conference announcing the order, Justice referred to coal as “essential.”

According to Zegre, the top contributors to water and air pollution in West Virginia are industries related to mining, natural gas, electricity and manufacturing.

“Four of the top five largest producers of pollution in the state are related to power generation,” said Zegre, associate professor of forest hydrology in the Davis College of Agriculture, Natural Resources and Design. “The fifth is a metal processing facility. Only if the pandemic disrupts our economy at the levels we’ve seen in China and Italy, then maybe we’d see a short-term reduction in pollution.”

China has seen more dramatic dips in air pollution. Earlier this month, a Stanford University scientist calculated that two months of pollution reduction there may have been enough to save the lives of 4,000 children under 5 and 73,000 adults over 70.

“Coal consumption in China fell 36 percent over the last month because of the disruption in manufacturing,” Zegre said. “China slowed down those operations.”

Pollution levels are bound to rise again as the country recovers from the worst of the threat.

And those glimmering translucent Venice canals? They’ll be murky again.

“While the clarity of the Venice canals has changed, the water quality itself has not,” Zegre said. “The chemistry of the water hasn’t changed. It’s clear due to the lack of boat traffic.”

As other parts of the world have halted or slowed operations that spit out carbon emissions, West Virginia, so far, has not, Zegre said. Even if it did, the long-term environmental challenges would remain.

“Contaminated water systems are due to manufacturing, so those problems will continue to exist despite what happens,” he said. “They’re not going away. Acid mine drainage doesn’t care what’s going on with coronavirus.”

It’s estimated that nearly 913,000 West Virginians already consume water from systems not compliant with the U.S. Safe Drinking Water Act, based on a 2019 report titled “Watered Down Justice” by three national environmental nonprofits. Another report, published by nonprofits DigDeep and the US Water Alliance, stated that two million people in the Ohio Valley don’t have access to clean drinking water and basic plumbing.

“Another chronic water quality problem in West Virginia is the sanitation and lack of adequate infrastructure,” Zegre said. “There’s emerging research that is suggesting COVID-19 can spread through fecal matter. That poses a problem for parts of West Virginia that have inadequate septic systems and communities not tied into water treatment facilities.”

Even in areas with water treatment systems, Zegre wonders if staff shortages due to the pandemic would affect water quality in those places, too.

“Something we need to consider is the staffing of our water treatment facilities,” he said. “Will this pandemic impact the workforce that ensures we have clean, reliable sources of water for the community?

“Regardless, there’s a very clear connection between our public health, environmental health and economic health. I think the citizens are awakening to not only the inequality of our economic system but also the unsustainability of that system. We have some very real opportunities to rethink how we do things in West Virginia.

"West Virginia's pollution problems are largely chronic and can be addressed principally through active cleanup and mitigation. In other words, they are not going to correct themselves in the absence of industrial activities." 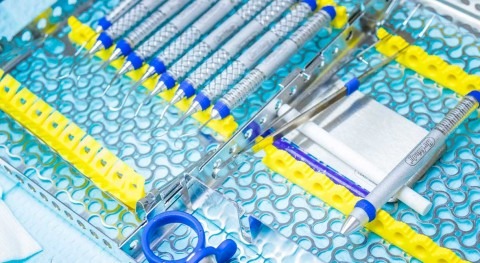 Researchers thirsty for reducing fresh water use by power plants 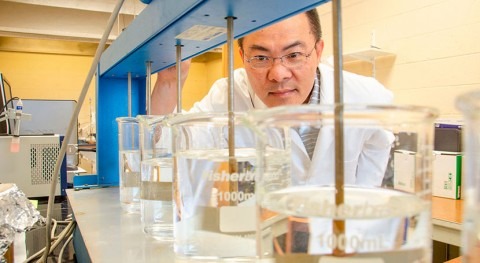