Drilling on Mars for groundwater exploration: challenges and opportunities

The exploration of groundwater on earth is still a hydrogeological challenge due to the heterogeneity nature of the subsurface rocks which needs many interdisciplinary researches to identify the aquifers and their potentialities. Therefore, the exploration of the groundwater on Mars through deep drilling can be considered a hug challenge for the scientists. Indeed, the occurrence of the groundwater in Mars was a big deal during the last decades but I think this issues has been resolved through many studies.

The first question that should be asked is, is there water on Mars?

Indeed, the hydrogeomorphology of Mars planet suggests past wetter conditions where the transition from wet to dry surface conditions is evidenced through a variation in the spatial distribution of drainage networks (Yousif, 2020). The ancient fluvial features of Mars provide evidences about the past periods of hydrologic activities and the prevailed paleoclimate conditions which were suitable for liquid water (Jacobsen, 2016). These widespread drainage networks that are extending to regional drainage divides can suggest a climatic source for fluvial runoff (Howard et al., 2005). The obtained results through the insight from satellite images suggesting that the drainage networks of Mars can be originated through past precipitation or ice melting (Yousif, 2020).

The second question, is there any groundwater on Mars?

The deep groundwater on Mars with theoretical penetration depth ~500 m was indicated through orbital sounding radar sensors (Abotalib and Heggy, 2019). This result should be subjected to more investigations through the drilling to clarify the occurrence and recharge processes .

​From here comes the important question, is it possible to drill on Mars to extract groundwater?

The current mission that is called “Perseverance rover”  is successfully landed on Mars with a mandate to drill down and collect tiny geological specimens that will be returned to NASA in about 2031. That drilling will be done using a drill bit tip designed and manufactured for this purpose. Here, the drilling is possible for rock samples, but what about deep drilling for groundwater.

Mars Institute co-founder and chair Pascal Lee describes the challenges presented by the surface of Mars: “The surface is a very harsh place, there’s high radiation coming from space, intense ultraviolet light from the sun and the surface chemistry is pretty oxidizing so it’s very hostile to most forms of life on Earth. So it’s maybe not too surprising that there’s no signs of life at the surface!” With these shared challenges and experiences, the Mars Institute is working with electronics company Zaptec to develop a drill for space exploration, looking for life rather than hydrocarbons (Umar Ali, offshore technology, 2019). They added that the surface of Mars presents challenges that cannot be solved by conventional drilling. “The main problem is the more stuff you have to take from Earth to do this, the more expensive it gets. It costs approximately $1m per kilo – $10m per kilo on Mars! So you want to be very efficient with what you take to Mars, and if you need to access the deep underground you want to come up with a drilling strategy that is as efficient and cheap as possible .”

The drilling on Mars has a main task for deep penetration to gain access to liquid water where penetration to depths of kilometres would require massive equipment if a drill string is used but could be implemented using a wire-line device (one that anchors itself to the bottom of the hole and exerts force on bit from there rather than from the surface) where additional depth penetration requires only the addition of more cable (Stoker. 2004).

Finally, from my viewpoint, an integrated system should be developed for the drilling processes over mars to extract groundwater. This system includes modular, reconfigurable, autonomous and human-tended deep drilling technologies to meet the nature of subsurface geology of Mars planet. The drilling technology will be focused on extract groundwater via pumping for resource utilization purposes. I suggest an early testing for the drilling can be achieved under created Mars conditions to simulate the processes and avoid any obstacle before performing the drilling process on the surface of Mars. 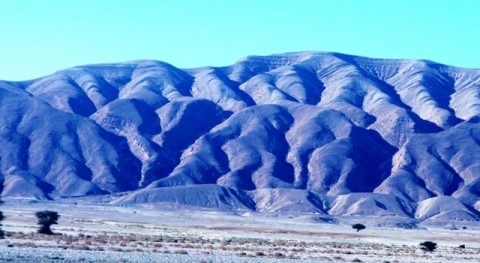