For an urban area of just 1 million people, the temperature of that area can be as much as 5 degrees Fahrenheit warmer than the area surrounding the heat island. Some urban areas may even be warmer.

Heat affects the environment in a variety of ways. In some cases, heat can be a benefit. Heat encourages plants to grow, for example. However, in many ways, heat can be a detriment to cities. Heat impacts the quality of the water just as much as it affects the quality of the air around the city. Understanding the ways in which a heat island can affect the water around the city is important. Here's what you need to know.

Stormwater runoff is water that runs from gutters and rooftops into sewers. As water runs over hot roofs and hot pavement, it heats up. In fact, rain that falls on hot pavement on a warm day can get as warm as 95 degrees Fahrenheit. As the super heated rain water gathers in the sewers, it raises the temperature of the water in the sewers. This water flows into rivers and nearby water sources, which in turn can heat up those water sources. This causes the rivers, lakes, ponds and streams in the areas around a city to be warmer than they would otherwise naturally be.

Fish and aquatic life can be very sensitive to changes in temperature. Fish are adjusted to a certain temperature, just like people. When the temperature of the water heats up higher than the fish can tolerate, this can cause stress, disease and even death. Fish die off can have a trickle-down effect on bodies of water generally. Predators of the fish may run out of food, while animals that the fish eat could become overpopulated. This can lead to an imbalance in the rivers, streams, ponds and in the areas surrounding these bodies of water.

Heat islands create human discomfort, which can cause an increased demand for air conditioning. This raises the need for electrical power during the summer months, which in turn can cause an increase the pollution that arises as a result of electrical power generation. Most of this pollution is released into the air in the form of sulfur dioxide, carbon monoxide, mercury and others. This type of pollution can lead to an increase in acid rain. Acid rain is rain that has any acidic components, usually the result of pollution. Acid rain is absorbed by plants and can affect water supplies in the area, which in turn can also affect animal and human health.

As urban heat islands become more intense, people must use more water from the area to cool themselves, water their plants, and provide supplemental watering to pets and other living creatures in the environment. Often, urban areas get their drinking water from sources nearby. Overuse of water from nearby drinking sources put stress on the water supplies and can lead to massive water shortages. This makes it difficult to maintain a good quality of life, and can stress water sources farther and farther from the urban area, as the reach for water widens.

What Can Be Done?

Heat islands are a natural part of many urban areas, but there are many things that communities can do to minimize the effects of heat islands. For example, planting vegetation and trees can help increase evaporation that cools the surrounding area. Installation of cool roofs can help as well. Cool roofs can be as simple as white roofs that are designed to reflect heat into the atmosphere. However, some large buildings will go so far as to create rooftops covered in soil and vegetation.

Greg Geilman is a Los Angeles native of over 40 years and owner of South Bay Residential. 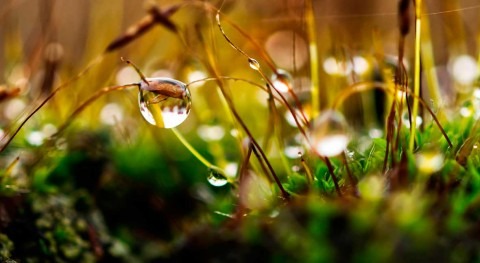