Water scarcity is among the top five global risks affecting people’s wellbeing. In water-scarce areas, the situation is grim. Conventional sources like snowfall, rainfall, river runoff and easily accessible groundwater are being affected by climate change, and supplies are shrinking as demand grows.

In these countries, water is a critical challenge to sustainable development and a potential cause of social unrest and conflict. Water scarcity also impacts traditional seasonal human migration routes and, together with other water insecurity factors, could reshape migration patterns.

Water-scarce countries need a fundamental change in planning and management. We are looking at how to do this, through the creative exploitation of unconventional water resources.

From Earth’s seabed to its upper atmosphere, we have a variety of water resources that can be tapped. But making the most of these requires a diverse range of technological interventions and innovations.

Water embedded in fog is increasingly seen as a source of drinking water in dry areas where fog is intense and happens regularly. Fog can be collected using a vertical mesh that intercepts the droplet stream. This water then runs down into a water collection, storage and distribution system.

Different types of screen materials can be used in fog collectors, like aluminium, plastic, plexiglass and alloy. The success of a system like this depends on the geography and topography, which need to be conducive to optimal fog interception. But this could work in dry mountainous and coastal regions.

With active engagement of local communities and technical support from local institutions, fog water harvesting is a low-maintenance option and a green technology to supply drinking water. Fog water collection projects have been implemented in different parts of world, including Chile, Eritrea, Israel and Oman.

Under the right conditions, rain enhancement through cloud seeding has the potential to increase the volume of water harvesting from air. This technology involves dispersing small particles into clouds or in their vicinity. These particles act as a starting point for raindrops or ice crystals, promoting their formation. In turn, this makes it more likely to rain or snow.

Application of cloud seeding technology in different countries has shown, precipitation can be increased by up to 20% of the annual norm depending on the available cloud resources and types, cloud water content and base temperature. As only up to 10% of the total cloud water content is released to the ground as precipitation, there is a huge potential for rain enhancement technologies to increase rainfall in dry areas.

As dry areas receive small amounts of rainfall, micro-catchment rainwater harvesting may help in capturing rainwater on the ground, where it would otherwise evaporate.

There are two major types of micro-catchment rainwater harvesting systems. One is water harvesting via rooftop systems where runoff is collected and stored in tanks or similar devices. This water is used domestically or for livestock watering.

The second is water harvesting for agriculture, which involves collecting the rainwater that runs off a catchment area in a small reservoir or in the root zone of a cultivated area. The catchment surface may be natural or treated with a material that stops the soil absorbing water, especially in areas with sandy soils. Because of the intermittent nature of runoff, it is necessary to store the maximum amount of rainwater during the rainy season so it can be used later.

The process of desalination removes salt from seawater or brackish groundwater to make them drinkable. This allows us to gather water beyond what is available from the water cycle, providing a climate independent and steady supply of high-quality water.

Seawater desalination has been growing faster because of advances in membrane technology and material science. These advances are projected to cause a significant decrease in production costs by 2030.

More places are expected to become reliant on desalinated water because of its falling costs and the rising costs of conventional water resources. While at present desalination provides approximately 10% of the municipal water supply of urban coastal centres worldwide, by the year 2030 this is expected to reach 25%.

Towing an iceberg from one of the polar ice caps to a water scarce country may not seem like a practical solution to water shortages, but scientists, scholars and politicians are considering iceberg harvesting as a potential freshwater source.

Moving an iceberg across the ocean is technically possible, based on a theoretical four-part process. It would require locating a suitable source and supply, calculating the necessary towing power requirements, accurately predicting melting in transit, and estimating the economic feasibility of the entire endeavour. Countries like United Arab Emirates and South Africa are considering iceberg towing as an option to narrow gaps in their water demand and supply.

Water and climate change are interconnected, so climate change increases the likelihood of extreme droughts in dry areas. Harnessing the potential of unconventional water resources can help increase the resilience of water scarce communities against climate change, while diversifying water supply resources.

We need to identify and promote functional systems of unconventional water resources that are environmentally feasible, economically viable, and support the achievement of water related sustainable development, in the 2030 Sustainable Development Agenda and beyond.

Where to find more water: eight unconventional resources to tap 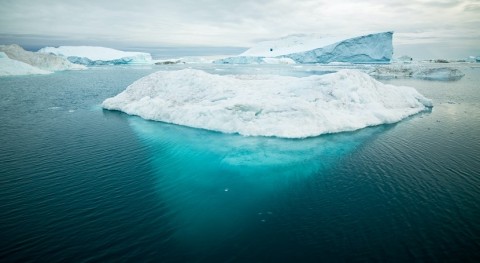 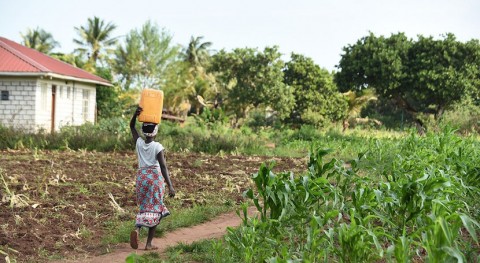