My mother always says that the best things come in small packages. Something like that must happen with Greta Thunberg, who at only 16 years old is the visible face of a relentless and inspiring fight against climate change.

Does anybody not yet know who Greta Thunberg is? 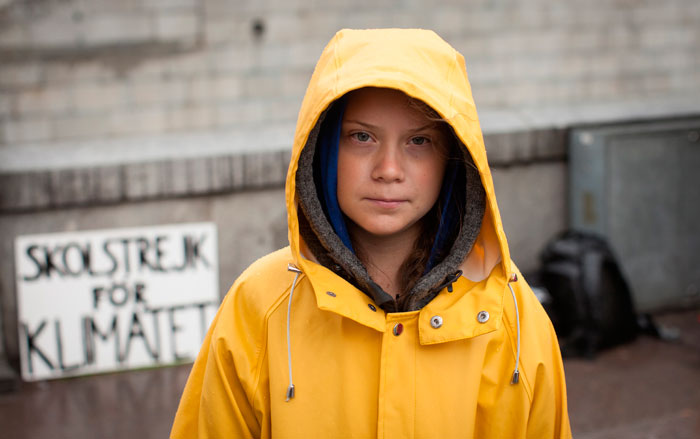 This Swedish girl measures just a metre and a half and she has already done more to raise environmental awareness than the political parties and governments of any country.

When she started her protest outside the Swedish parliament in August 2018, Greta did not think that her small action would turn into a great revolution. Since then, every Friday she skips school and sits in front of the building to demand action against climate change.

Her protest, that she has named with the hashtag #FridaysForFuture, has inspired young people across the world to urge politicians to take measures that limit the global temperature rise to 1.5 degrees Celsius, the target proposed by the 2015 Paris agreement. She has attended in person protests in countries like Belgium, France and Germany, where she has been hailed like a true leader.

A silent revolution that has been more effective than large awareness raising campaigns done by international NGOs.

Is it the way she does it? Or is it the power of 'innocence'? 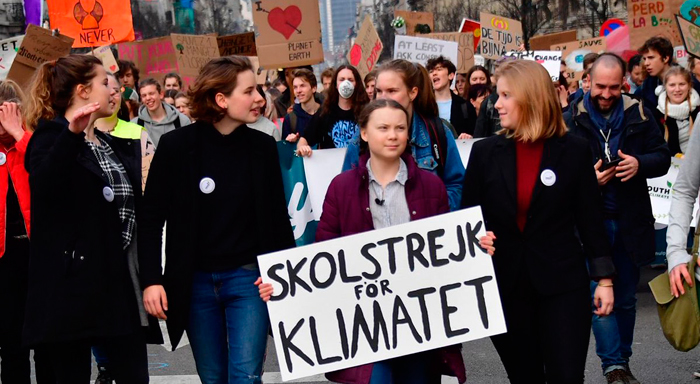 Greta during the protests in Hamburg. (Image: Twitter Greta Thunberg).

You cannot say that Greta is not determined. She says that when she first heard about climate change, at 10 years old, she could not understand why people did things that were harmful for all. She gathered information about the issue and ended up falling into a serious depression. At that point, her parents, worried about her, decided to turn their lives around.

To support their daughter, the whole family became vegan and they even gave up air travel to reduce their carbon footprint. This complicated the family's logistics, since her mother is a famous opera singer that represented Sweden in the 2009 Eurovision Song Contest.

'Fridays For Future' is not an organisation at the international level, it is a hashtag and a movement that focuses on research

This small activist, although she prefers not be called like that, has spoken at international events such as the UN COP24 climate conference or the World Economic Forum, where she made more than one person uncomfortable, blaming them directly:

'Some people say that the climate crisis is something that we all have created. But if everyone is guilty, then no one is to blame. And someone is to blame: some people, some companies, some decision makers in particular know exactly what priceless values they have been sacrificing to continue making unimaginable amounts of money. And I think many of you here today belong to that group of people'. 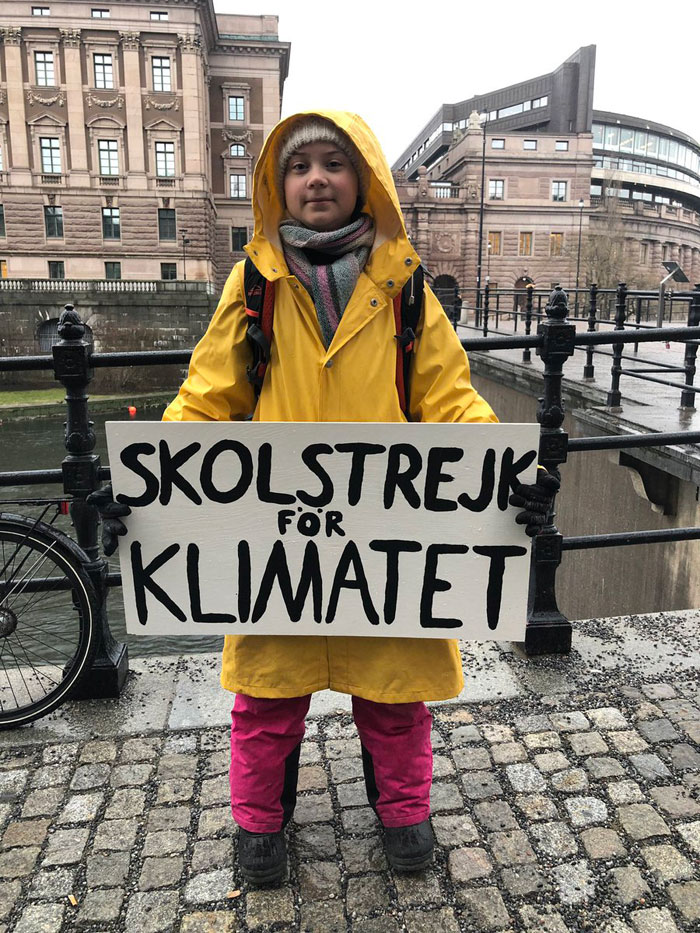 Greta is a solitary girl, and maybe there lies her strength. She does not need the support of big associations, nor international politics. The silent crowds and the control of the fourth state are possibly the only things able to influence public opinion. And Greta knows a lot about that.

As she says herself in Facebook, having Asperger's syndrome (which she considers a gift), together with her lack of interest in social relationships, has enabled her to focus and carry out actions by herself, instead of being part of an association.

'Had it not be for my Asperger's, I would have explored different paths. I don't interact well in groups and I work better alone, while other activists prefer to found organisations and write norms and treaties. That is why "Fridays For Future" is not an organisation at the international level; it is a hashtag and a movement that focuses on research. We talk about the same objectives but from different organisations in different countries'.

Greta says she does not want to become a known icon nor a climate idol to follow, and although she has already been proposed for the Nobel Peace Prize, and has been given the 'woman of the year' award in Sweden, she doesn't want to be in the spotlight. 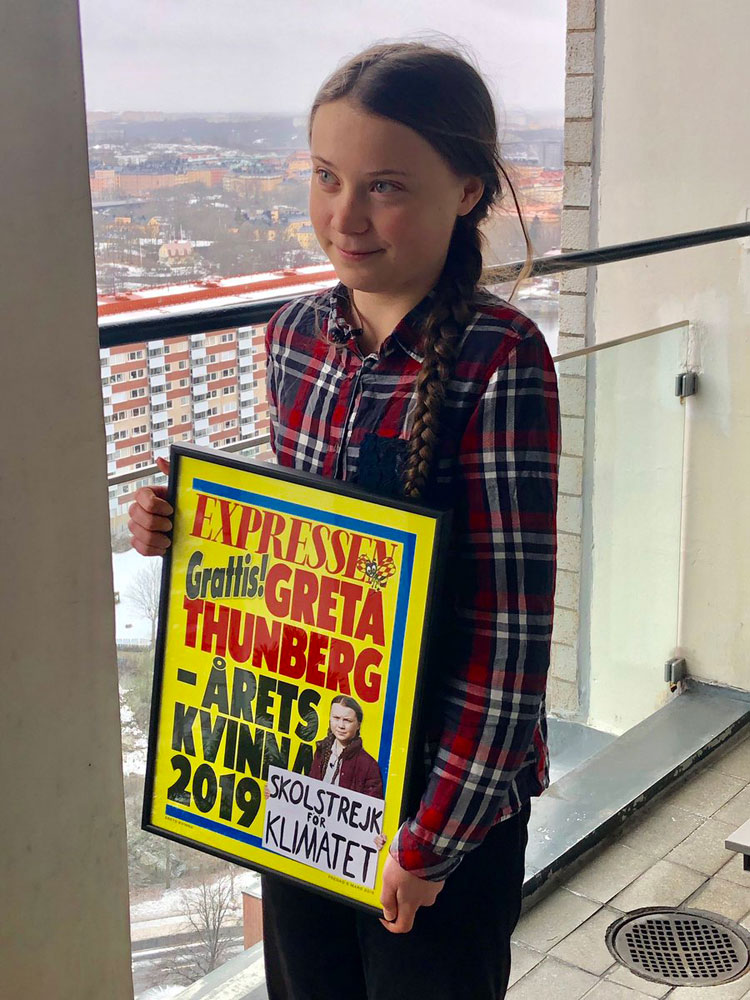 I want to think this sows the seeds of a new revolution, of silent fights and leaders in the shadows.

And maybe Greta's fight will be the daily fight of those that come after us.

And you, do you think we have something to learn from Greta?