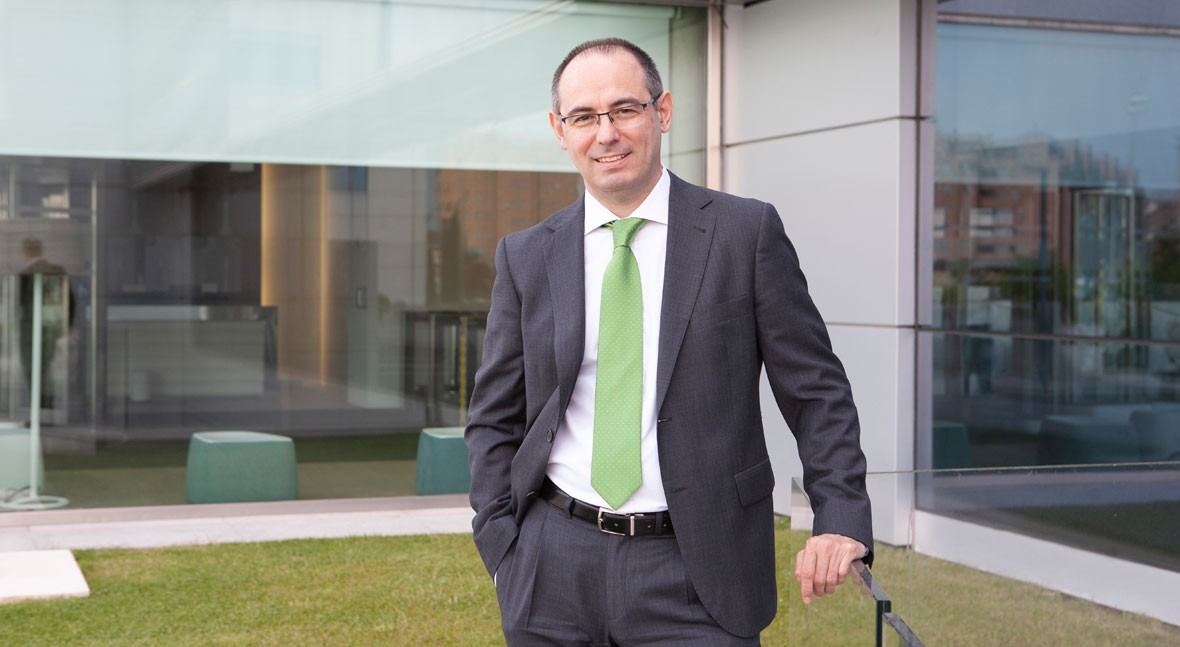 The countries in MENA and Asia face high water stress and high population growth. A context that requires a commitment to improve water access in the region.

One of the tools that has shown its effectiveness when it comes to addressing water challenges in the North of Africa and the Middle East is public-private collaboration. A paradigmatic case of the success of this formula is Aqualia, which since 2011 operates in countries such as Algeria, Egypt, Saudi Arabia or the United Arab Emirates, in collaboration with local authorities. Its glocal vision (global and local) is partly responsible for it.

To learn in detail about the current situation of the companies that work in the region, we speak with José Enrique Bofill, Regional Director MENA-Asia at Aqualia, who also tells us about the projects the company is engaged in, in areas such as water supply, desalination and water reuse.

First of all, can you please tell us about your career path up to your current position?

I discovered the world of water in 1993 when, through the School of Civil Engineering, I did an internship for engineering students where I collaborated for a few months in the commissioning of a new wastewater treatment plant operated by CAESB, Brasilia's Water Company, in Brazil. I learned a lot and met professionals who were very committed to values such as water conservation and environmental protection.

Later on, when I finished studying civil engineering in Madrid I started working at Aqualia, and since then I have dedicated by professional career to the water industry. I have been involved in different areas: technical, project development and business development; I have also collaborated on occasion with the area of research and innovation, all of this always keeping our clients in mind. Nowadays I do a little bit of all those things at the same time.

Until 2008 I worked mostly in the Spanish market, where I was fortunate to participate in many of the large water supply, sanitation, desalination and reuse projects undertaken in Spain in those years, when water sector infrastructure was being upgraded at a fast pace. 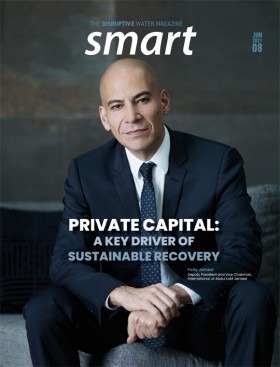 It was at that time when I took the position of Director for the Middle East, when we didn't have any contracts yet in that part of the world. We have grown since then, thanks to our clients' trust. Now we are present in seven countries in the MENA region, and we hope to have a presence soon in some Asian countries, through a carefully thought and selective approach.

What are the main challenges faced by the MENA and Asian regions where Aqualia operates in terms of water provision?

The Middle East and North of Africa are part of a high water stress belt that stretches from the Atlantic coast of Africa, eastward through the Mediterranean and the Arabian peninsula until India.

In these countries there are two strong drivers: high water stress and high population growth due to economic and cultural reasons, which strain access to the water supply and push the limits of resource sustainability. In this context, it is more necessary than ever to have a political commitment to improve efficiency through the entry of specialised operators, and a focus on new technologies that ensure the development of the region.

Desalination is one of the most used options to address problems of water scarcity. Which projects would you highlight in this regard?

Current desalination and reuse technology, often together with the generation of renewable energy, has turned these processes into sustainable and reliable alternatives. In this regard, Aqualia has undertaken successful public-private partnership (PPP) projects in the area of desalination, such as the Mostaganem and de Cap D’Jinet reverse osmosis plants in Algeria (two of the largest in the African continent).

Also in northern Africa, our company completed in 2019 the El Alamein desalination plant, producing 150,000 m3/day, which we currently operate, and which contributes significantly to the economic development of Egypt's Mediterranean coast, an area with high tourism potential. Moreover, a year earlier our company also completed the construction of a desalination plant in the Tunisian island of Djerba, which supplies water to more than 200,000 people.

In the country's south-west, our company has recently added to its international portfolio a contract to operate and maintain the drinking water distribution system in the Jizan industrial area.

We have ample experience addressing water scarcity issues with client-oriented technological solutions, always intending to support environmental, social and economic sustainability in the countries where we work.

Concerning wastewater treatment, what difficulties do you see in the region, and what initiatives is Aqualia involved in in this area?

We have started looking at wastewater as a resource instead of a waste. We already have efficient technology to obtain recycled water of enough quality for many of the most demanded uses, while at the same time we obtain clean energy as a by-product. Our R&D department is one of the most advanced in the world in this field.

Aqualia has led a large public-private partnership project that involves the design, construction, financing and management for 20 years of the wastewater treatment plan in New Cairo, located in the Egyptian capital and acknowledged by the United Nations as an exemplary PPP project.

Furthermore, Aqualia is now implementing a contract to design, build and operate the Abu Rawash wastewater treatment plant in Cairo. Once it is finished, the plant will treat 1.6 million m3 of water per day and provide services to 6 million people, making it the largest in Africa and one of the largest capacity plants in the world. 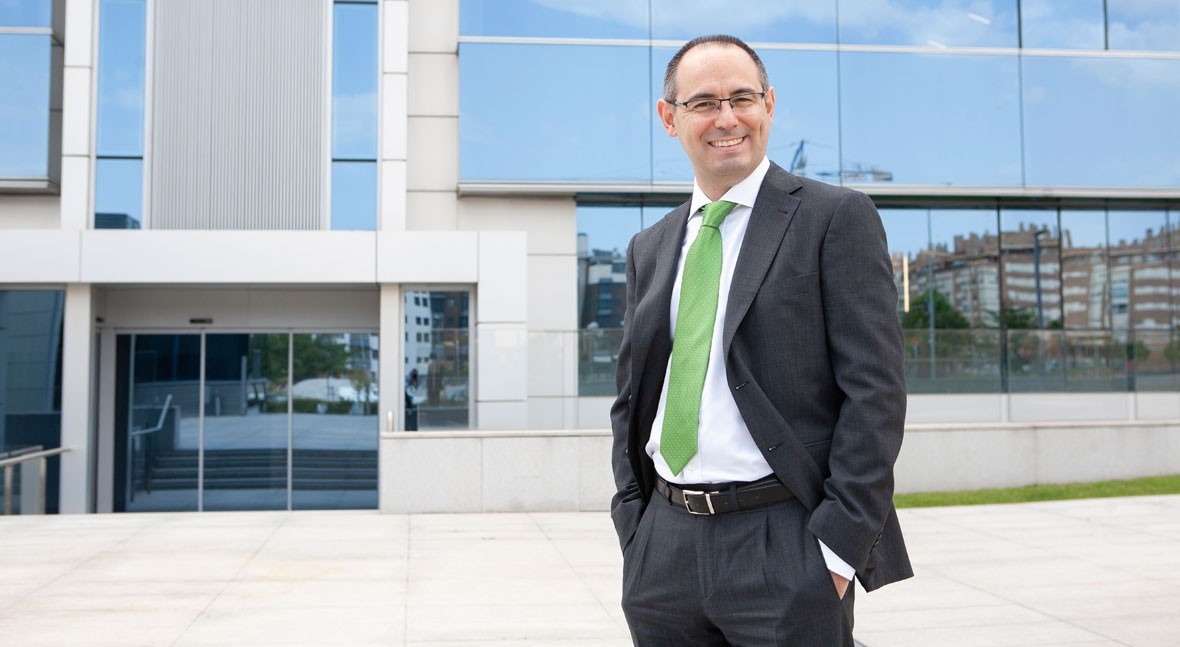 Also in the area of sanitation, in the Emirate of Abu Dhabi we are in charge of the operation and maintenance of the sanitation and treatment network in the capital Abu Dhabi and the eastern part of the Emirate, including the city of Al Ain and areas of influence, with a population served of more than 1,300,000 people in total.

Service management is another area where different international companies have been involved in the past few years. What do these companies contribute to improve services?

The sector has evolved in the past few years and at Aqualia, for example, we realised a while back that environmental balance and social well-being are closely linked.

Operating companies must propose solutions to advance wastewater reuse and optimise the energy efficiency of the water cycle. This objective is a must in our current context, and large water sector companies are working on it.

Likewise, we provide financing, linked to the development of economically sustainable projects, which contributes to reducing the funding needs of public authorities.

In this regard, which projects is Aqualia involved in?

In the countries in the MENA region there are promising steps to allow the collaboration of the private sector in water management. Up to now, private companies were able to collaborate as service providers, but not as water cycle operators with a responsibility shared with public authorities. This will bring huge progress in terms of technical and economic efficiency, leading to substantial improvements to the quality and sustainability of water services. Aqualia has fostered these initiatives in different countries in the region for more than 10 years. 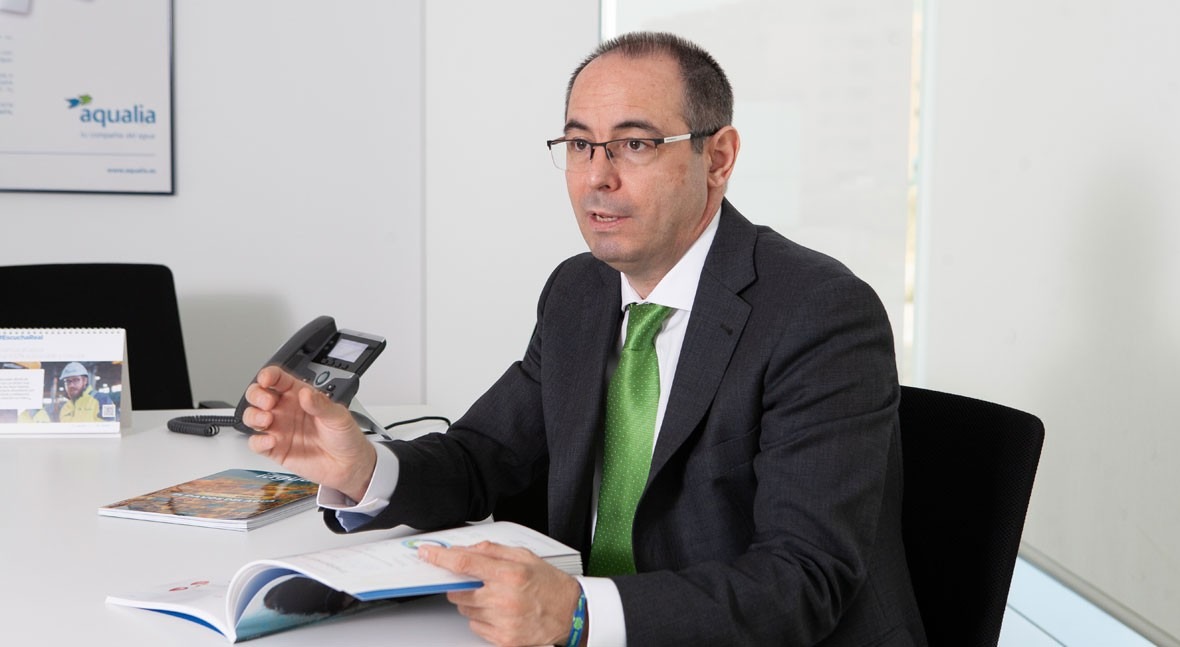 As I mentioned earlier, in 2011 Aqualia became the first foreign company to be awarded a sanitation and wastewater treatment contract in Abu Dhabi (United Arab Emirates). Since then, we manage the operation and maintenance of the sanitation and wastewater treatment network in the eastern part of the Emirate, including the city of Al Ain and remote areas, with a population served of more than 650,000 people. Also in Abu Dhabi, Aqualia operates since 2018 the sanitation system of the capital Abu Dhabi and the adjacent islands of Al Reem, Al Maryah and Al Saadiyat.

With this contract, the company provides sanitation coverage to the capital's population and manages 1,320 kilometres of sanitation network, as well as 54 wastewater pumping stations which convey up to 280,000 m3 per day in total.

Another example of outstanding service management is a successful project involving the operation for 20 years of the hydraulic infrastructure in the Sohar port, one of the main commercial access points in Oman, where Aqualia is doing a remarkable job through a mixed company, with an excellent performance.

In general lines, Aqualia landed in the region in 2011. Since then, it has been securing new contracts. What would you say are the keys to your success?

Aqualia has a glocal approach (global and local at the same time), working in 17 countries all over the world, but adapting to the local characteristics of each territory.

Our business model is practically unique in the market. We work in all areas of the water sector, designing, building, operating, managing and financing projects. Whereas most of the companies in the water sector do not want to invest, Aqualia develops long term projects, which usually require investment, where we can also deploy our technical and human capacity. Our model consists of generating trust in our clients: they trust that Aqualia will be at their side for a long time, searching for solutions to their problems and walking along with them towards the objective of greater efficiency, sustainability and quality of service.

We have technology to obtain recycled water of enough quality for the most demanded uses, while obtaining clean energy as a by-product

Aqualia always works with local partners with the highest professional and ethical standards. This is another of our distinctive features that have led us to our current position. For example, we have recently completed an important purchase of assets from the prestigious Saudi group Ali Reza; this enables us to work with them in markets and sectors we could not access before.

Likewise, we can purchase other strategic assets, in a very selective way, in order to grow, always in a sustainable manner and according to our business model.

In this regard, which elements do you think public authorities value in the companies that are interested in bidding for projects in the region?

In our experience, the authorities of countries in the MENA region value specially companies' previous experience with large projects, financing capacity, economic competitiveness and trust. 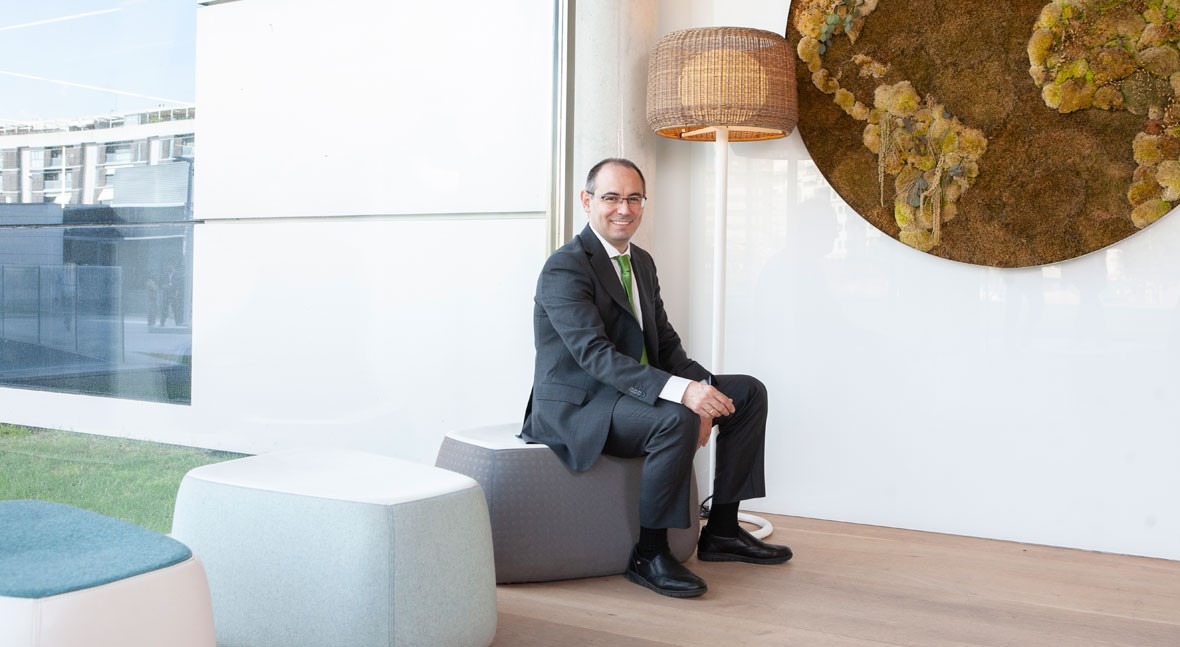 The latter is particularly important. We want to arrive to a territory and continue working there permanently if possible, being part of the society and population we provide services to.

Public-private participation contracts are one of the most frequently implemented tools in the region. What do you think are the keys to the success of this formula?

Public-private collaboration is an essential tool for the development of infrastructure and public services which, because of reasons related to specialisation, budget, or internal organisation, authorities cannot take on.

In addition, PPPs have other advantages, such as the transfer of technology from the private sector to a public entity, or appropriate risk sharing between the company and the authority, so that each one of them is the most suitable actor to manage those risks.

What challenges do you think the region will face in the future in a context of climate change and growing water scarcity?

Water stress in the region is increasing as climate change intensifies and population grows. Nevertheless, countries are taking action to mitigate risks and improve economic diversification.

In this context, leading sector companies have the responsibility to provide options to increase the efficiency of water use, and support authorities to find sources of finance for projects that strengthen sustainability in the long term.