The first two generating units of the world's largest hydropower station under construction were put into operation on June 28, contributing to the country's green development and carbon-neutrality goals.

The Baihetan hydropower station is located on the Jinsha River, the upper section of the Yangtze River in southwest China, with an investment of 220 billion yuan (about 34.07 billion U.S. dollars).

With construction started in 2017, the hydropower station, which transmits rich power resources in the west to energy-consuming regions in east China, marks a major step in the country's utilization of clean energy.

Chinese President Xi Jinping on June 28 sent a letter to the station, offering his congratulations on the launch of operations of its first two generating units.

As a major project in China's west-east power transmission program, the hydropower station is the largest and most technically challenging hydropower project under construction in the current world, said Xi, also general secretary of the Communist Party of China Central Committee and chairman of the Central Military Commission.

He expressed the hope that all builders and relevant parties would advance the station's follow-up work, and make greater contributions to achieving the country's carbon-peak and carbon-neutrality goals and promoting the comprehensive green transformation of economic and social development.

In the station's underground powerhouse, the first two such units are running steadily. All units are scheduled to be operational in July 2022 and will generate an average of more than 62.4 billion kWh of electricity every year, according to the China Three Gorges Corporation (CTG), which built and operates the station.

Upon completion, Baihetan will become the world's second-largest hydropower station in terms of total installed capacity, second only to the Three Gorges Dam project in the central province of Hubei.

When in full operation, the Baihetan project is expected to save approximately 19.68 million tonnes of standard coal and reduce carbon dioxide emissions by 51.6 million tonnes, sulfur dioxide by 170,000 tonnes, and nitrogen oxides by 150,000 tonnes annually.

In recent years, China has accelerated the low-carbon transformation of its energy consumption structure.

According to a white paper on China's energy development, in 2019, the country's consumption of clean energy such as natural gas, hydropower, nuclear power, and wind power accounted for 23.4 percent of its total energy consumption, an increase of 8.9 percentage points over 2012.

The construction of the project has overcome several technical difficulties.

"The generator rotor -- a core component of the units -- weighs 1,955 tonnes, and can spin at 111 revolutions per minute and still remain stable, which ensures the long-term safe operation of the units," said Chen Hao, an engineer with the CTG.

The Baihetan Dam is an ultra-high double-curvature arch dam with a maximum height of 289 meters and an arc length of 709 meters.

"All the core technologies of the Baihetan hydropower station are independently developed. The operation of the first generating units marks a breakthrough in China's construction of large-scale hydropower projects," said Lei Mingshan, chairman of the CTG. 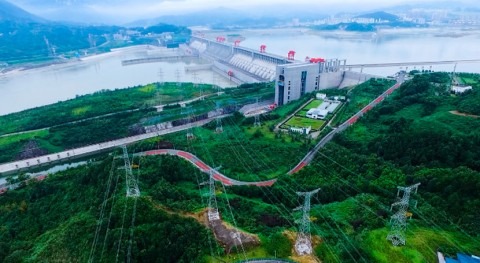 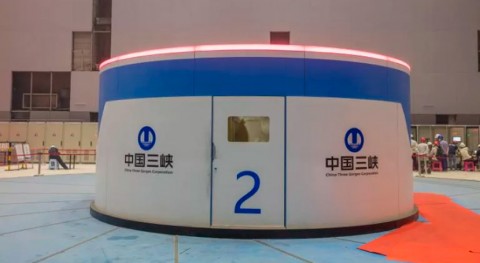 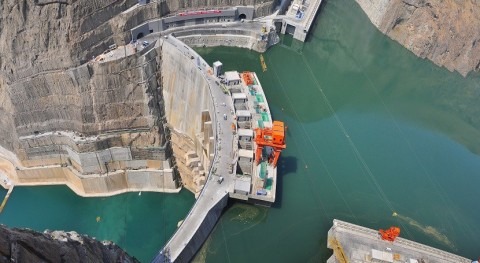 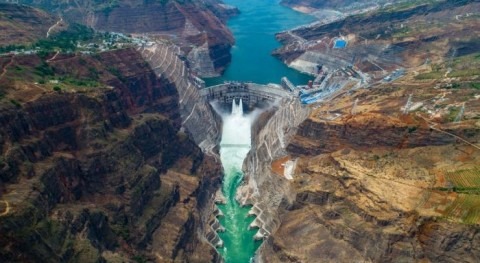