At its 23rd Board Meeting the global Green Climate Fund has approved US$18.6 million in financing to the Republic of Marshall Islands (RMI), supporting the low-lying atoll nation in adapting to increasing climate risks, particularly more frequent and extreme droughts which impact the country’s freshwater supply.

“RMI, as with many small island developing states (SIDS), has had little if anything to do with causing global climate change, yet we must now cope with the consequences,” said RMI’s Director Office of Environmental Planning and Policy Coordination, Clarence Samuel. “With the support of the Green Climate Fund we will address one of our key priorities – water resilience.”

Currently, the people of RMI still do not have year-round access to safe freshwater supply for drinking, cooking and sanitation. Intensifying droughts, driven by climate change, are worsening the situation.

The new 7-year project, supported by the UN Development Programme and co-financed with $6 million from the national government, aims to secure year-round access to safe freshwater for over 15,500 people living on 24 of RMI’s most vulnerable outer atolls and islands (with at least 20 litres of drinking water person per day). The project feeds into RMI’s efforts towards clean water and sanitation (SDG 6), gender equality (SDG 5) and climate action(SDG 13) under the Sustainable Development Goals. Overall the project will benefit all Marshallese – more than 55,000 people – through its national-level capacity-building and policy programme.

At the local level, the project will focus on improving rainwater harvesting systems and storage for homes and communities, including improved guttering and downpipes and additional storage. Groundwater wells will be protected from king tides, storm surges and contamination by raising the height, covering them and installing hand pumps.

The empowerment of women and youth is a key ambition of the project which, with the University of the South Pacific, will roll out a certification programme on climate change adaptation and disaster risk reduction, and conduct inter-island knowledge exchange visits, sharing experience and practice on water conservation.

At a national level, the project will work closely with government partners to improve the management of climate change risks and water governance. National-level contingency plans and water safety plans will be updated, standard operating procedures for drought response developed, and government officials trained in drought management.

“We have a long history of successful partnerships with the Government of RMI in areas from governance to renewable energy, gender, and natural resource management and are pleased to now support RMI in this climate adaptation initiative,” Mr Bouadze continued.

Changes in weather patterns or extreme events have profound effects on communities and the economy. The estimated cost of responding to the severe drought in 2015-2016 was reported to be approximately US$1.3 million with total post-disaster recovery estimated at US$3 million – nearly 4.5 percent of the country’s GDP of US$115 million. The new project will improve the capacity of Marshallese to respond to extreme droughts, thereby avoiding such costs.

Responding to the impacts of drought is logistically complex and expensive due to the remoteness of atolls and islands. With projections indicating droughts are to become longer, more severe and more frequent in RMI, without a long-term solution, the government will continue to spend scarce public financing on disaster response. 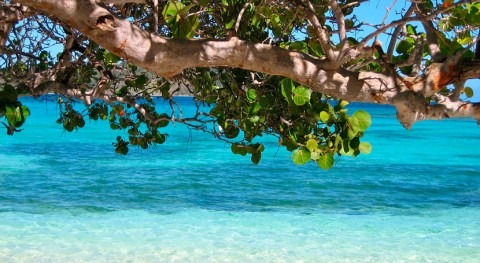