The International Labour Organization (ILO) and the Government of Japan  have launched five new water systems that will provide safe and clean water to more than 3,000 households in Lanao del Sur, Maguindanao and a Bangsamoro Special Geographic Area in Cotabato.

Under the ILO Japan Water and Sanitation Project , community members indigenous peoples and former combatants built the water systems in the Bangsamoro Autonomous Region in Muslim Mindanao (BARMM) where access to safe water is lower than the national average in the Philippines.

“The project has contributed to building peace, promoting decent work, and reducing poverty. Communities including former combatants, indigenous peoples, and vulnerable groups have gained access to decent work and livelihoods with better working conditions and social protection benefits. These are integral to sustainable development and a human-centred recovery  from COVID-19,” said Khalid Hassan, Director of the ILO Country Office for the Philippines.

The ILO and the Government of Japan handed over the water systems on March 9, 10 and 15, 2022 in Lanao del Sur, Maguindanao and a Bangsamoro Special Geographic Area in Cotabato. The partnership, which started in 2019 provided decent jobs and promoted peace through improved water supply and sanitation services in BARMM.

“Food, water, shelter, and livelihoods are among the prerequisites to attaining personal security. By ensuring better access to these basic necessities, we empower the people to realize their own potential, and eventually, to contribute to the development of their own society. This is the principle of Human Security that Japan is strongly advocating for,” said Ambassador Koshikawa Kazuhiko of the Embassy of Japan in the Philippines .

In Balabagan, Lanao del Sur, three new water systems built by 269 workers will benefit over 2,000 households in five barangays. A melting pot of various cultures, Balabagan is home to the Maranaos, settlers, and indigenous peoples who used to buy drinking water for US$ 2 per 200-litre drum.

Meanwhile, more than a thousand households and a school with 292 enrolled children in a Moro National Liberation Front (MNLF) community in Barangay Nanga-an, Kabacan, Cotabato have also gained access to safe and clean water. About 57 local workers built the water system, the majority of them former combatants. The level II water system has 22 tap stands where safe and clean water will flow.

With support from ILO’s Implementing Partner, A Single Drop for Safe Water, Inc., workers were trained in skills development and water construction. They received the minimum wage and social protection benefits. The project further ensured safety and health through the observance of occupational safety and health protocols that are also COVID-19  responsive. Issues were resolved through social dialogue, as the project also promoted equal opportunity, and involved communities in every step of the implementation. 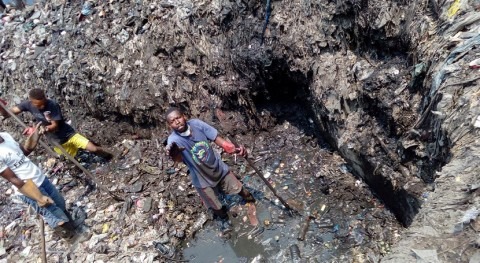 ILO and UNCCD to work together on human impacts of desertification 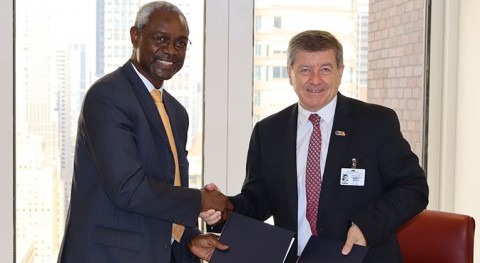 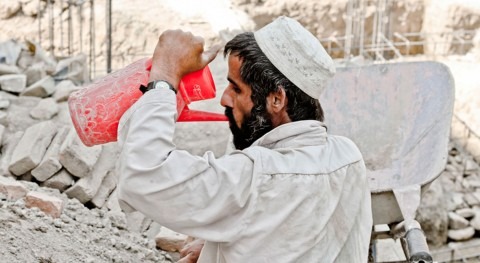 A new ILO-Japan project to ensure water, jobs and peace in Mindanao, Philippines 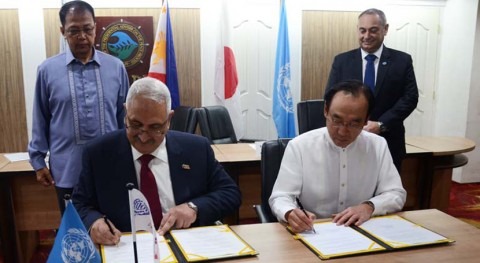