Carbon-based organic micropollutants in water can be removed by treatment with high-intensity pulses of light in a procedure developed and demonstrated by researchers at KAUST.

This photodegradation process was already known to be feasible, but its use was limited by the long treatment times it required. Luca Fortunato, Thomas Anthopoulos and colleagues have demonstrated that this photodegradation treatment can be dramatically accelerated with high-intensity light pulses generated from a xenon flash lamp.

“An interesting aspect of this work is that we combined the expertise and technologies of two different fields,” says Fortunato. He explains that the collaboration between the two different research departments — KAUST's Solar Center and Water Desalination and Reuse Center — allowed the team to adopt a pulsed light system that was previously used to process semiconductor materials for transistors and solar cells.

Organic micropollutants (OMPs), which are known as emerging contaminants, include a long list of pharmaceuticals, hormones, compounds in personal care products and industrial chemical additives. They are an increasing problem in waterways because of weaknesses in environmental legislation. They are released from many locations, are highly persistent in water and can have toxic effects on human health, even at very low concentrations. As little as a few nanograms per liter can be harmful in some cases.

They are being continually released into waterways by wastewater treatment plants, with conventional treatment methods proving to have only limited effects in removing these contaminants,” says Fortunato.

The researchers found that the effectiveness of high-intensity pulsed light (HIPL) varied significantly depending on parameters including the number of pulses and the total energy dose delivered by the light. This allowed them to identify the most effective conditions for treating a test solution containing 11 significant OMPs, including drugs, hormones and industrial chemical contaminants.

They found that the HIPL treatment triggers decomposition of the OMPs with extraordinary degradation rates.

“Our innovative approach allows for efficient removal of OMPs from water within milliseconds, making it ideal for high-throughput water treatment applications,” says Anthopoulos.

The treatment has the potential to become a highly effective, straightforward and scalable solution to an increasing environmental problem.

The team is working to improve the system’s efficiency still further and increase its throughput. Their next step is to scale up the treatment setup.

“We hope to soon build a pilot-scale reactor to more realistically assess the efficiency of the treatment on wastewater effluent,” Fortunato says. 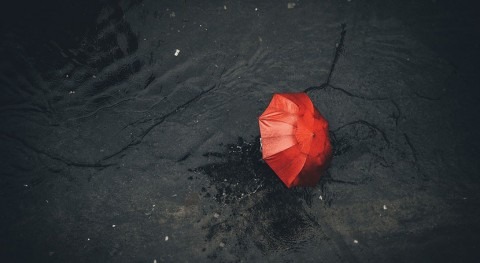 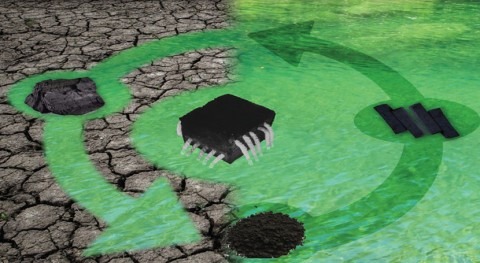