A Korean research team found a method to inhibit the fouling of membranes, which are used in the desalination process that removes salt and dissolved substances from seawater to obtain drinking, domestic, and industrial water.

The Korea Institute of Science and Technology (KIST) announced that a research team led by Dr. Seongpil Jeong and Dr. Seockheon Lee at KIST's Water Cycle Research Center developed a *membrane distillation pretreatment process that adds magnesium to inhibit the fouling and wetting of membranes during desalination.

**Fouling: A phenomenon in which contaminants (particles, organic/inorganic matters) attach to or penetrate the membrane, resulting in membrane scaling

***Wetting: A phenomenon in which seawater directly passes through a hydrophobic membrane, which theoretically only lets vapor pass through

****Anti-scalants are often applied to prevent fouling caused by calcium-based crystal growth in the desalination process. There have been some reports in the industry about a chemical *****softening technology that can be applied as a pretreatment process for membrane distillation. However, it has also been reported that organic anti-scalants can reduce the surface tension of the feed solution and cause wetting. The application of chemical softeners, however, requires additional large-scale sedimentation and filtering processes to remove the crystals formed during the softening process.

****Anti-scalants: Chemicals that remove ions (calcium, magnesium) that can lead to the formation of crystals (scales)

*****Softening: Process of turning hard water into soft water by removing the calcium and/or magnesium found in the water.

KIST's research team, led by Dr. Seongpil Jeong, is the first research team to ever develop a pretreatment process that adds magnesium to seawater. The team found that magnesium inhibits the formation of CaCO3 and CaSO4 and effectively prevents membrane fouling since the magnesium readily combines with the carbonate and sulfate ions in the seawater The team also found that the added magnesium chloride (MgCl2) increased the stability of the hydrophobic membrane, thereby increasing wetting resistance.

"Increasing the stability of the hydrophobic membrane is expected to help improve desalination efficiency and lengthen the lifespan of the membrane," said Hye-won Kim (first author of Water Research (Vol. 175 (2020) 115677)) at KIST. "The mineral-based, environmentally-friendly pretreatment is applicable not only to the membrane distillation process but also to various other desalination processes." 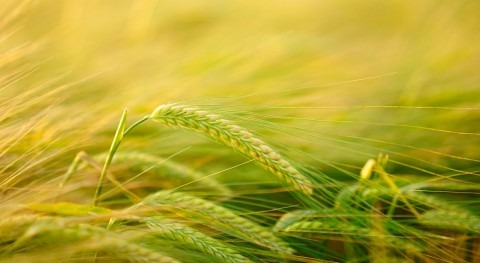