Researchers from the National University of Singapore (NUS) have developed a new way to treat sewage that is much simpler, cheaper and greener than existing methods.

Led by Associate Professor He Jianzhong from the Department of Civil and Environmental Engineering at the Faculty of Engineering, the NUS team found a new strain of bacterium called Thauera sp. strain SND5 that can remove both nitrogen and phosphorus from sewage.

This discovery, which was first reported in the journal Water Research on 15 October 2020, significantly reduces the high operational costs and emission of greenhouse gases associated with traditional wastewater treatment methods.

The team's new treatment method is also in the running for the International Water Association Project Innovation Awards 2021.

In sewage, nitrogen is present in ammonia while phosphorous is present in phosphates. Too much of either compound risks polluting the environment, so they must be removed before the treated water can be released.

Most existing sewage treatment systems use separate reactors for removing nitrogen and phosphorous, with different conditions for different microbes. Such a process is both bulky and expensive.

Some existing systems use a single reactor, but they are inefficient because different microbes in the same reactor will compete with one another for resources. This makes it difficult to maintain the delicate balance among the microbes, resulting in an overall lower efficiency.

Another problem with some existing sewage treatment methods is that they release nitrous oxide, a greenhouse gas. The NUS team's new microbe solves this problem as it converts the ammonia into harmless nitrogen gas instead. Additionally, phosphates originally present in sewage water were found to be removed.

The unique SND5 bacterium was discovered in a wastewater treatment plant in Singapore. When the NUS research team was carrying out routine monitoring, they observed an unexpected removal of nitrogen in the aerobic tanks, as well as better-than-expected phosphate removal despite the absence of known phosphorus-removing bacteria.

"This leads us to hypothesize the occurrence of a previously undescribed biological phenomenon, which we hope to understand and harness for further applications," said Assoc Prof He.

The NUS researchers then took wastewater samples from a tank, isolated various strains of bacteria, and tested each of them for their ability to remove nitrogen and phosphorus.

One of the strains, which appeared as sticky, creamy, light yellow blobs on the agar medium, surprised the researchers by its ability to remove both nitrogen and phosphorous from water. In fact, it did the job faster than the other microbes that were tested. The NUS team sequenced its genes and compared them to related bacteria in a global database. They then established it to be a new strain.

Compared to conventional nitrogen removal processes of nitrification and denitrification, the NUS team's way of using the newly identified microbe can save about 62 percent of electricity due to its lower oxygen demand. This is of great significance as the aeration system in a wastewater treatment plant can consume nearly half of the plant's total energy.

Assoc Prof He explained, "Population and economic growth have inevitably led to the production of more wastewater, so it is important to develop new technologies that cost less to operate and produce less waste overall—all while meeting treatment targets." 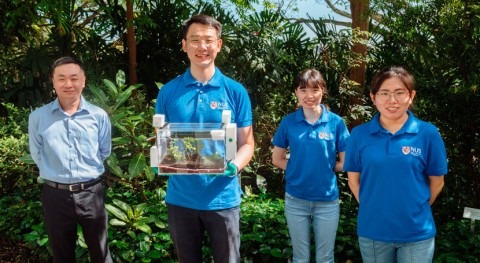 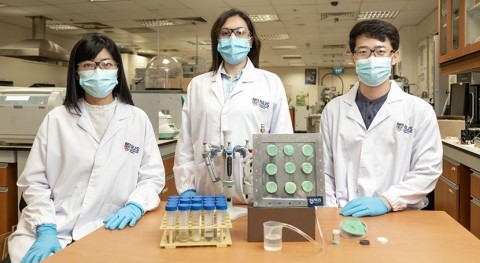 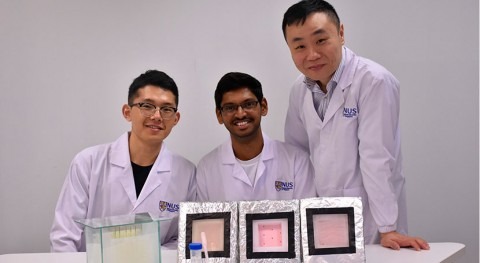 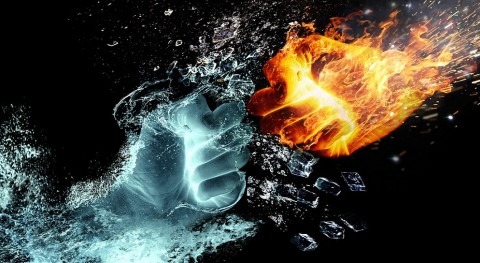