Public A.3
PUB Singapore's National Water Agency
PUB is a statutory board under the Ministry of the Environment and Water Resources. It is the national water agency that manages Singapore’s water supply, water catchment and used water in an integrated way.
TwitterFacebookYoutubeWeb

Under the Design, Build, Own and Operate (DBOO) arrangement with National Water Agency PUB, Marina East Water will undertake plant operations for a 25-year concession period from 2020 to 2045. KMEDP – Singapore’s first large-scale, dual-mode desalination plant – is capable of producing 137,000 cubic metres (about 30 million gallons) of fresh drinking water per day. KMEDP is the second water plant developed and operated by Keppel under the DBOO arrangement, the first being the Keppel Seghers Ulu Pandan NEWater Plant.

KMEDP’s location in Marina East gives it the ability to treat either seawater or freshwater drawn from the Marina Reservoir, depending on the prevailing weather conditions. This will strengthen Singapore’s water supply resilience in the face of increasingly dry weather conditions caused by climate change. In dry weather, KMEDP will draw water from the sea to produce desalinated water. When it rains, the plant will utilise rainwater collected in the reservoir to produce potable water, which requires less energy and fewer steps in the treatment process compared to desalination.

Mr Ng Joo Hee, Chief Executive, PUB, said: “Seawater desalination is one of Singapore’s ‘four national taps’. Unlike the other three taps – imports, rainfall and recycled water – it is a practically limitless source. The ocean is almost infinite. It is also weather-resistant and always available, rain or shine, as a source of life-giving water. The availability of desalination makes Singapore’s water supply immensely resilient. And the KMEDP coming online further strengthens Singapore’s water security.

“The plant’s completion is also eagerly awaited because it is such a special facility: a dual-purpose desalination plant in the middle of our city, integrated with parkland, accessible to the public, and a beautiful piece of architecture. I am certain it will become as iconic and as loved as the nearby Marina Barrage.”

Dr Ong Tiong Guan, CEO of Keppel Infrastructure, said, “We are pleased to have commenced operations for the iconic KMEDP. As a provider of solutions for sustainable urbanisation, Keppel is proud to support PUB in securing Singapore’s water supply. KMEDP will also contribute to the Group’s recurring income stream, bolstering our ability to create long-term value for stakeholders.

“Completing the final lap of testing and commissioning during the Covid-19 pandemic brought about some inevitable challenges, due to the reduced manpower. The commencement of operations is testament to Keppel’s Can-Do spirit and resilience, as we worked closely with PUB and our contractors to overcome these challenges and deliver a successful project.”

The plant is set against the stunning backdrop of Singapore’s Central Business District skyline, along the cyclist-friendly Eastern Coastal Park Connector Network that bridges the recreational spaces of East Coast Park and Gardens by the Bay East. It also incorporates environmentally friendly elements within its landscaping such as rainwater harvesting ponds and stormwater management systems, to retain rainwater for reuse in irrigation and the facility’s water features.

In October 2019, KMEDP became the first industrial plant in Singapore to be awarded the ABC Waters Certification (Gold) by PUB in recognition of its outstanding design features and exceptional Active, Beautiful, Clean (ABC) standards. PUB’s ABC Waters Certification Scheme, launched in 2010, recognises developers who incorporate ABC Waters design features in their developments. The Gold category is the highest obtainable accolade, awarded to projects with outstanding designs and elements such as community space, water features, greenery, and sustainable water management systems integrated within them.

The plant was recognised for its sleek, modern design that breaks away from those of conventional water treatment plants and is the first industrial plant to achieve such seamless integration with the surrounding greenery. It innovatively achieves multiple land uses by situating treatment facilities underground, viewable via a private viewing gallery, which frees up nearly 20,000 square metres of open green rooftop space for community activity and recreation. This green roof also reduces the urban heat island effect.

The innovative design of the Keppel Marina East Desalination Plant integrates the plant with surrounding greenery by situating the treatment facility underground, making it an iconic and beautiful piece of architecture that the public can enjoy.

Keppel Infrastructure (KI) is a wholly owned subsidiary of Keppel Corporation Limited, a leading company listed on the Singapore Exchange. KI drives the Keppel Group's strategy to invest in, own and operate competitive energy and environmental infrastructure solutions and services.

Keppel Seghers, a wholly owned subsidiary of KI, is a leading provider of comprehensive environmental solutions, and provides consultancy, design and engineering, technology development and construction of large-scale environmental projects. 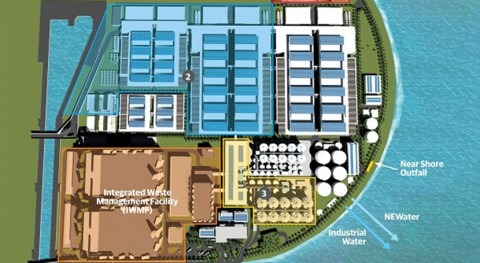 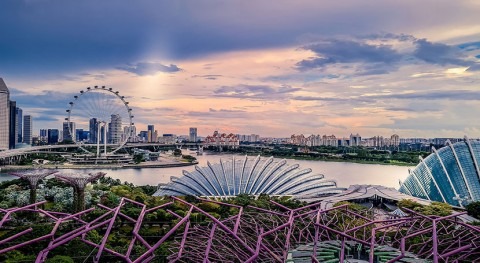 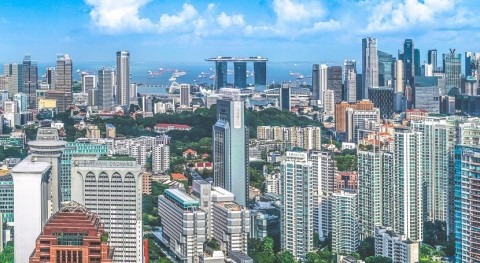 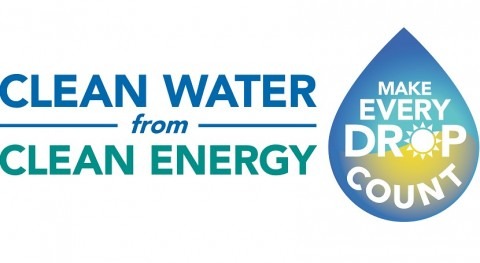 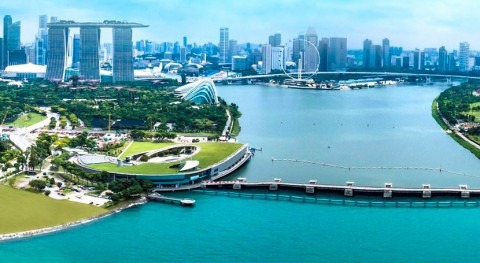 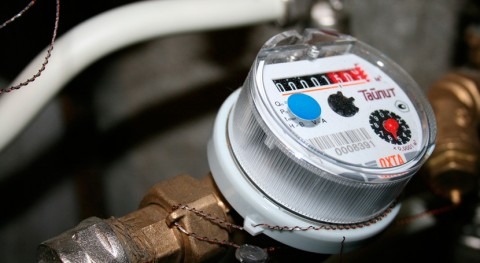