The Internet: People, innovation and assets

When the Internet of Things (IoT) first burst into the water scene, it made a huge splash. With this sudden breakthrough of innovation, utilities made drastic changes, switching from reactive maintenance to predictive maintenance and even changing training methods, moving on to virtual and augmented reality training sessions.

But as IoT settled into water networks and made its presence felt, leaders began to understand the full impact IoT has had on utilities, ranging from inﬂuencing innovation, to changing workplace culture and asset management. To ﬁgure out just how great the impact was, Water & Wastewater Asia sat down with Mr Shanmugavel Subramaniam, Segment Leader, Water & Wastewater Segment from Schneider Electric Asia.

Innovation has a very large hand in a number of key areas, and asset management is just one of them.

But when you look at water utilities today, the biggest concern is how eﬃcient or how optimised their assets are in operation,” Shan pointed out. “They want to use innovation in this area."

As asset management usually translates into a very unscheduled method of replacing assets as and when they have failed, innovation helps with scheduled asset management, and also gives utilities better insights into the health of the equipment prior to taking action, allowing them to better plan their investments and operational expenses, a huge boon considering up to 80 per cent of a utility’s capital investment can be in the pumps and pipes.

But another area innovation has positively aﬀected is the ﬁnancial aspect.

With the growth and enhancement of IoT, technology and the IT/ OT acceleration – and we are mostly on the OT platform in the water industry – water utilities can look at what’s happening within their operation and business performance in terms of dollars and cents,he noted. 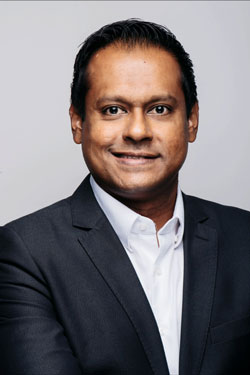 “The expectation is on the people,” explained Shan. “For example, Generation Z will be the future engineers and operators of our plants."

You have to understand their mentality – they are all fast, and they are all people on their smart phones. If they are given a plant to operate, they will expect technology to be there.”

And the generation gap is not more deﬁned than by how the knowledge is being passed down to the younger generation.

“The knowledge and know-how of the older generation, the hands-on people, has to be transferred on to technology because the younger ones are less hands-on but more technologically-savvy,” he elaborated.

“This is where digital twins come in, where we take events happening in real-time and putting it into the virtual world and use it for training.”

The eﬀect of IoT on the water sector cannot be denied, having an impact on more than just introducing virtual training and passing on know-how with digital twins. In fact, they are changing actual process knowledge, know-how and skills.

A lot of developing countries are now also developing on a larger scale, and when you take into account that utility boards are also public boards that are government regulated, you get diﬀerent governments looking at upscaling them,” Shan continued. But one of the biggest impacts IoT has made is arguably in smart pumping.

We are currently driving smart water, and there are a lot of initiatives around smart water,” he expounded. “But now, the area that we are going to begin looking at is smart pumping.

The impact would not only be on energy, but would also optimise the operation of the pumps, fully utilising the functions of the pumps.

Utilities usually oversize them, and then use them as and when – there’s no scheduled pumping. It’s understandable because you need to balance the demand from consumers as well as production capacity.” elaborated Shan.

But for that, your pump has to react accordingly because if you pump too much or too fast, the velocity and pressure can increase to the point that the pipe can burst. If you don’t pump enough, the pressure is too low and consumers don’t get water.

The easy way is to oversize the pumps, but the cost of running the pump would be far higher as energy consumption increases.

With smart pumping, we will be able to tell them what are the best and most optimised ways to run the pumps while also helping them improve on the future designs,” Shan concluded. 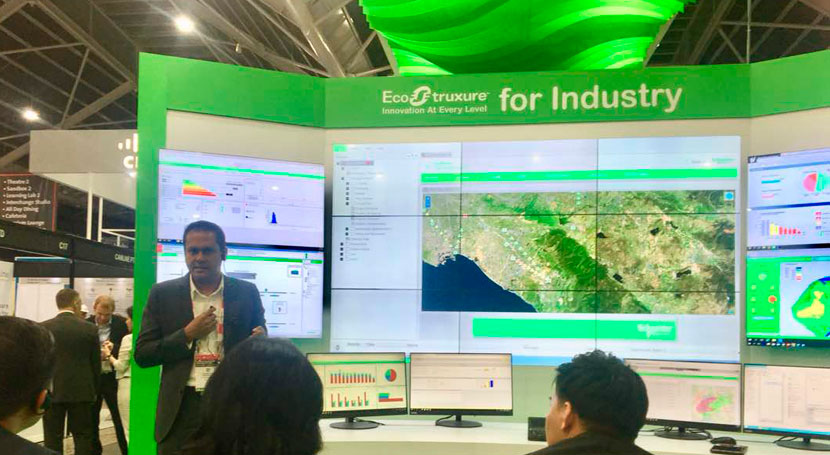 Though IoT is cutting-edge and designed with optimisation in mind, it is not only designed for developed countries like Singapore, or even developing countries like Malaysia and Thailand. It also looks at countries like Cambodia, Laos and Myanmar that get a lot of funding from financial institutions such as the World Bank or the Asian Development Bank.

But there are a few areas you have to look at if you want to implement this in your utility: Is the technology ready? Is the infrastructure of the country ready and able to support the technology? And lastly, are the people ready? Shan said.

"There are even some countries where infrastructure and technology are not ready, though the people are trying to get there with their own technology," he interjected.

But there are groups of Generation Z in these countries – countries such as Cambodia, Laos and Myanmar – who are ready. And a lot of the relevant authorities are taking action to develop these groups of youngsters to inﬂuence the rest of the people.

The issue many utilities face around the world is with the dollars and cents, and water has never historically been an industry where much money is invested due to it being a public service. Moreover, the price of water cannot be raised unnecessarily simply to cover the cost, as is done in other industries. “So look into the budget, and also look into innovation, IoT and at moving onto the platform,” Shan advised.

Another area water utilities will have to pay close attention to in the future is change management as equipment and systems become smarter and smarter.

When you change equipment and systems to be smarter, you need to be ready for your people to change,” Shan continued. “So be ready for the change management.

Shan also advised leaders to do their work and closely look at players in the market focusing on IoT on a larger scale.

I’m not putting down other players, but some company proﬁles say that they do some part of this, or a bit of that,” he explained. “And you’ll end up working with as many companies as you have applications, and integration issues will begin popping up."

But one thing is for sure – water utilities will be relying on IoT and smart equipment more and more in the future. 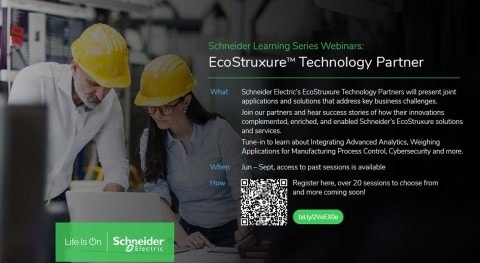 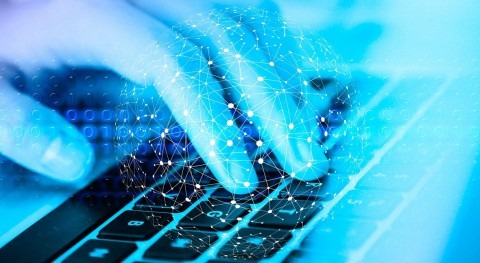 Peter Herweck (Schneider Electric): “We need to rethink the approach to cybersecurity” 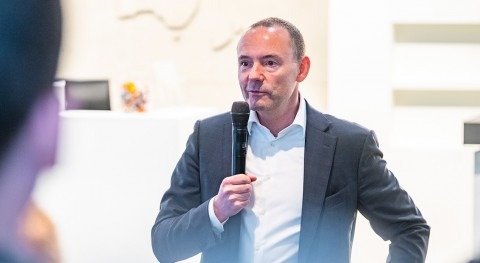 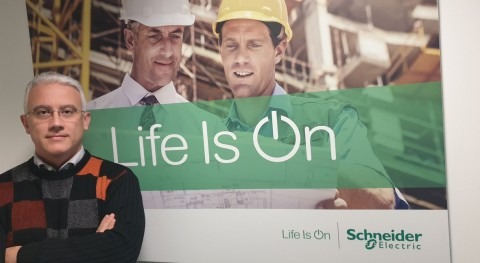 Digitalization unlocks efficiency, profitability and resilience in the water sector 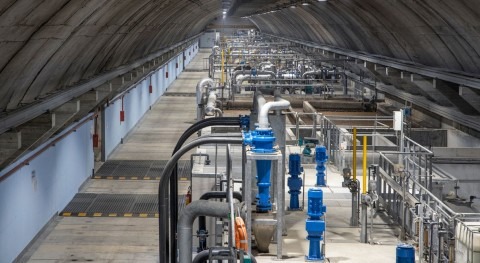 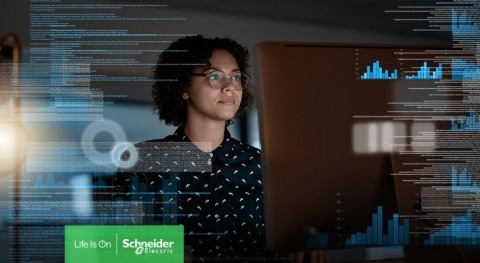 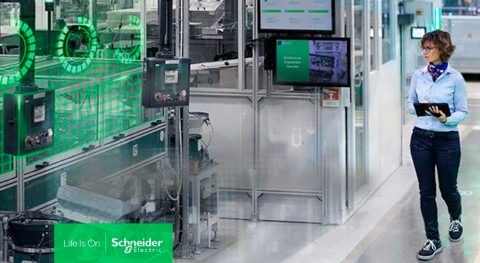 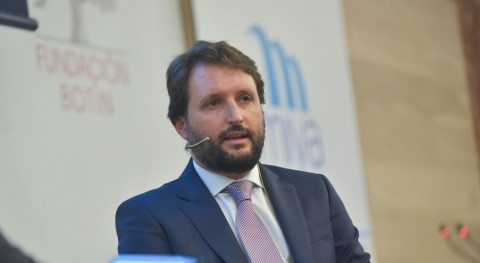 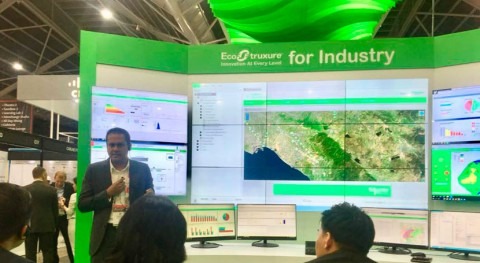 Water in the digital world 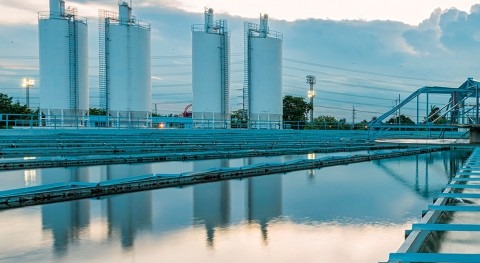 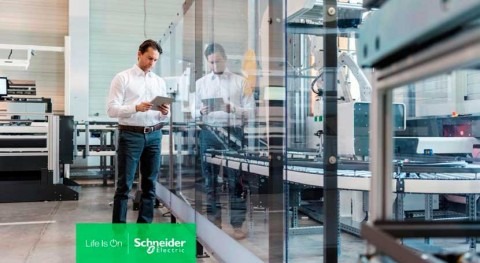 Life Is On Everywhere, For Everyone, At Every Moment

Life Is On Everywhere, For Everyone, At Every Moment | Schneider Electric