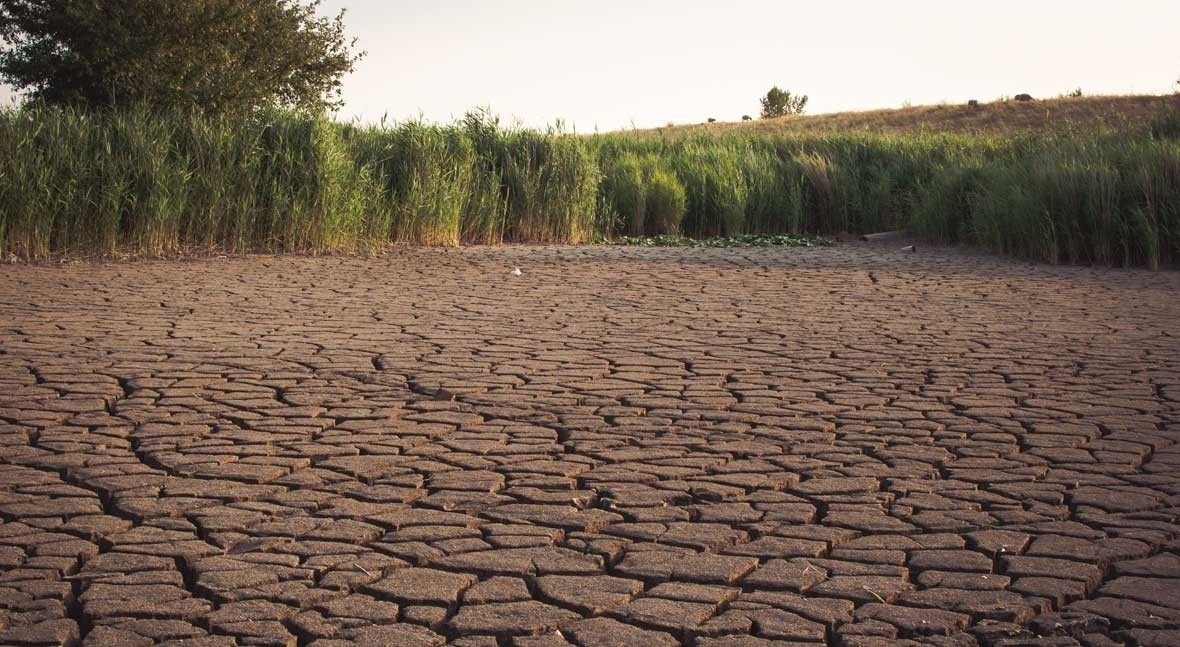 By 2023, some 700 million people could be at risk of being displaced due to drought-related causes. This is just a small sign that humankind is at a critical point in terms of drought management and combating desertification, and that it is urgent to accelerate efforts to reduce it.

This is why every June 17 we celebrate the Desertification and Drought Day, to raise awareness of the devastating effects that these phenomena have on the environment and people's safety, as they represent serious present and future problems for the whole Earth.

The United Nations General Assembly officially designated this day in 1997, to raise awareness of the importance for human beings and for the planet of addressing and providing solutions to water scarcity problems. In 2022, Spain will host this international event; the global observance of the day, whose theme this year is "Rising up from drought together", will take place in Madrid on June 17.

The celebration will focus on the urgency of adopting policies and measures at local, regional and global scales to avoid the worst effects of desertification, and will allow strengthening the implementation of the United Nations Convention to Combat Desertification in countries that experience serious problems with these phenomena, as is the case of Africa, where more than 300 events have been recorded in the last one hundred years, accounting for 44% of the global total.

Rising up from drought together

No country is immune to drought. In fact, droughts are one of the greatest threats to sustainable development, especially in developing countries, although they also affect more developed nations. In fact, according to the UN, the number and duration of droughts have increased by 29% since 2000, and weather, water and climate hazards between 1970 and 2019 have caused 50% of the disasters and 45% of the deaths related to these causes, especially in developing countries.

Ibrahim Thiaw, Executive Secretary of the United Nations Convention to Combat Desertification (UNCCD), indicated in this regard that "The facts and figures of this publication point in the same direction: an upward trajectory in the duration of droughts and the severity of impacts, not only affecting societies but also the ecological systems upon which the survival of all life depends, including that of our own species."

More than 2.3 billion people face water stress in 2022; about 160 million children are exposed to severe and prolonged droughts

The facts prove it: in the 20th century, 45 major drought events occurred in Europe, affecting millions of people and resulting in more than $27.8 billion in economic losses. Today, an annual average of 15% of the land area and 17% of the population within the European Union is affected by drought. Over the past century, the highest total number of humans affected by drought were in Asia, and in the United States, crop failures and other economic losses due to drought have totaled several hundred billion dollars over the last century.

In fact, the latest report of the Intergovernmental Panel on Climate Change (IPCC) warned of this growing concern. Drought is one of the impacts of climate change that will most affect the Mediterranean basin, with the consequent danger for agriculture, a key focus of climate change impacts and adaptation. 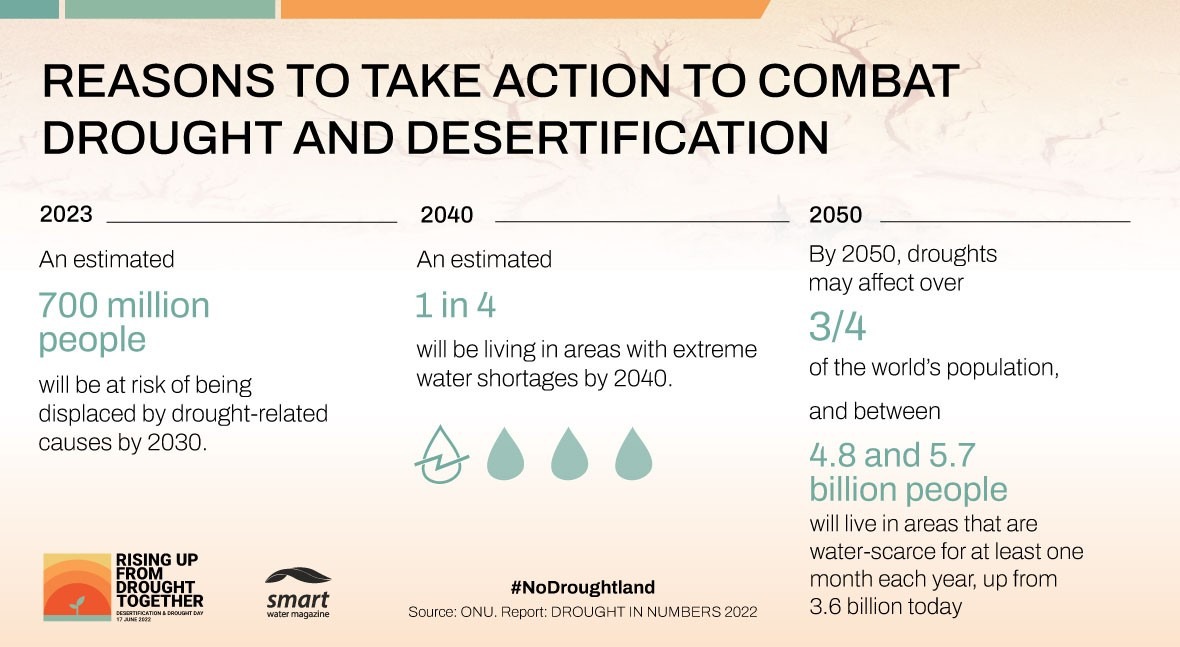 In this scenario, collaboration and cooperation among nations becomes especially important to prioritize early action and to seek and use the necessary tools that will allow adequate management of these phenomena with the least human and environmental impact.

"Rising up from drought together" is a call for global action, for global cooperation to prioritize a full global commitment to drought preparedness and resilience in all regions of the world.

Planning for the future

The devastating effects of drought extend far beyond the dry regions of our planet, as a harbinger of a world in which fresh water and fertile soils are increasingly scarce. Moreover, the effects of drought can lead to famine, forced migration or territorial conflicts. According to the latest report published by the United Nations, "Drought in numbers 2022", by 2050 droughts may affect over three-quarters of the world’s population, and between 4.8 and 5.7 billion people will live in areas that are water-scarce for at least one month each year.

Currently, more than 2.3 billion people face water stress, and about 160 million children are exposed to severe and prolonged droughts.

Heatwaves, sand and dust storms, and desertification are the symptoms of over-exploitation aimed at constant growth, uncurbed population development, and an economy that still heavily relies on nonrenewable energy sources.

We have to promote public awareness about desertification and drought, letting people know that desertification and drought can be effectively tackled. The solutions exist, and key tools are strengthening cooperation at all levels, managing drought risk proactively, and building an ecosystem restoration economy that aims to rejuvenate water cycles, land fertility and people’s livelihoods, while ensuring the health of present and future generations.