In a decade from now we will remember 2020 as “the year that COVID came”, and in the words of Noam Chomsky (New Statesman, 17 Sept 2020), a year when “There has been nothing like this in human history” and a time when the Doomsday Clock is now 100 seconds to midnight. The likelihood of an environmental crisis analogical to this pandemic should give the water users, managers and policy-makers yet another wake-up call about the angle of focus on water. The Sustainable Development Goals (2030 Agenda's SDGs), could well be the collateral damage of any such crises, and among them, the nexus of water, agriculture & energy would be the innocent victims. Water drawn from aquifers, using free solar power, for growing over consumptive crops is not a new spectacle.  A climate-related crisis might bring disruption in this nexus in unsuspected ways – 90% of global power generation is water-intensive.

Yet business as usual to manage groundwater in the pre COVID- 19 era is not an option: in the “new normal” custody of aquifer resources – which deliver the invisible resource freely - and which accounts for about 30% of the world’s available freshwater, has to move to a new paradigm shift towards achieving water security and sustainable development. Otherwise, in innumerable examples around the world, the chaotic past extraction and future disorganised utilisation from aquifers point only one way – dry rocks!

The likelihood of an environmental crisis analogical to this pandemic should give the water users, managers and policy-makers yet another wake-up call about the angle of focus on water

UN-Water reports warn that many countries are unlikely to meet the water-related SDGs without concerted efforts from all stakeholders. In addition, water conditions in 2030 are predicted to be worse, in which almost 50% of the world's population will suffer severe water stress “unless early actions are taken to reverse the present rising trends.” The world will likely miss all measurable SDG targets related to water and climate. The question being posed by many is how policy-makers can act for post-recovery in a way that puts us back on track to achieve water security for all (SDG6)? 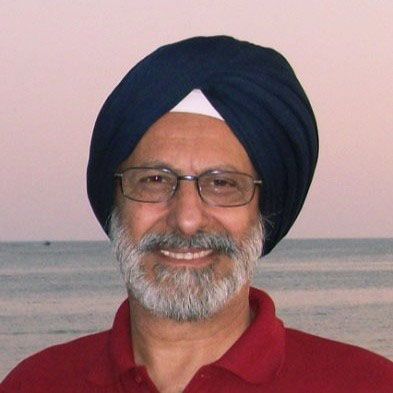 In 2003 the FAO published “Rethinking the approach to groundwater and food security” and in November 2020 “The State of Food and Agriculture (SAGA) – Overcoming water challenges in agriculture”. The latter makes some stark statements:  3.2 billion people live in agricultural areas with high to very high-water shortages, of whom 1.2 billion – roughly one-sixth of the world’s population – live in severely water-constrained agricultural areas. Comparing their 1993 SAGA report, FAO notes that “today it is striking how the findings presented then remain valid and relevant today”. Even though the intervening 17 years included the economic crises of 2008 and the COVID-19 of today – it is still pertinent to ask, what has improved for our water, food and energy security and to what extent have the challenges been overcome?

What has improved for our water, food and energy security and to what extent have the challenges been overcome?

Regions of the world, where water was a scarce commodity two decades ago, today face contrasting two-pronged ‘imbalances’- over-abstraction and underdevelopment. In Asia, it is an overuse of resources, while in sub-Saharan Africa it is lack of finances for water development. The cause and effects in both regions were well understood even in 2003, though actions have been sparse and rare. Does the new normal of the post-COVID-19 era and its threats carry new opportunities? 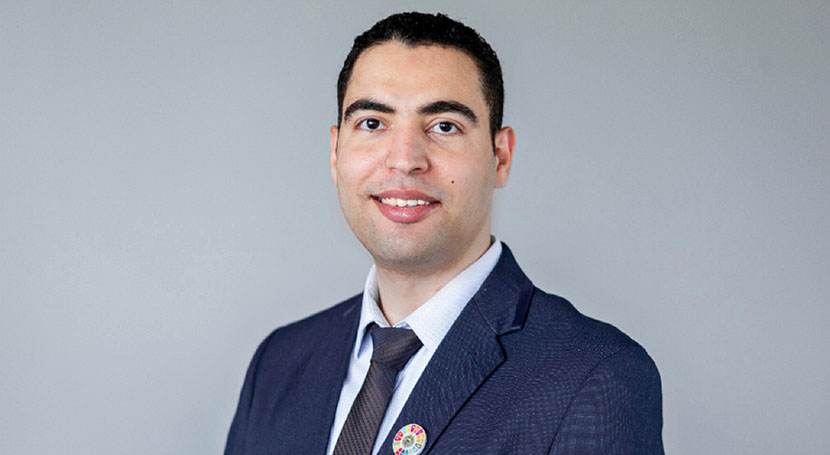 At the heart of these imbalances is the use of groundwater – an incredibly valuable resource occurring underground in aquifers – easily tapped by drilling wells, and drawn by pumps. This freely extracted water serves to overcome the imbalance between lack of rainfall and the need for water. In Asia, it is so often utilised to grow over consumptive crops coupled with wastage. Subsidised energy prices and now free solar mean that pumps are operated with gay abandon. All the while in the underground, aquifers resources are being exhausted – but being ‘out of sight’ they remain ‘out of mind’ and so do not attract the attention of policy-makers – until the wells start to run dry. In sub-Saharan Africa, finance to access available aquifer resources has been late coming, leaving rural populations at multiple risks. In both regions, sustainable governance of aquifer resources (or more popularly, but incorrectly called ‘groundwater management’) is inadequately addressed at national policy levels, despite the science and the hydrology being understood.

Water drawn from aquifers is the world’s most extracted raw material – amounting to 982 km3 per year with 70% of it used for agriculture. The available aquifer resource is equivalent to a body of water 3m in depth spread over the continents. Before the Anthropocene, aquifers were replenished by rainfall, filling most of them to the brim. In the Anthropocene, so many of these ‘filled aquifers’ are being emptied significantly faster than can be naturally replenished, with barely any efforts put to water harvesting, replenishment and conservation.

The post-COVID-19 era, as characterised by Noam Chomsky, should open a new and urgent wake-up call for policymakers

It is tempting to ask – what have policymakers learned in those 17 years? For a reply, look no further than the UN 2018 SDG Report, which indicates that even in high Human Development Index (HDI) countries, only 2 out of 46, have a well-developed water resource management plan. More importantly, such reports confirm that anthropological pressures on natural freshwater resources, when coupled with the drought frequency (for 2020), show that about 50 million people in sub-Saharan Africa live in areas where severe drought has a catastrophic impact on cropland and pastureland once every three years.  And yet there are aquifer resources in this region – the amount available would be 1400 km3 per annum (equivalent to 15 years of average flow of the river Nile). Currently, the amount used for human consumption and agriculture is 28m3 per annum per capita. Compare this with the consumption from aquifers in India, which is 208m3 per annum per capita. Neither the overuse in India, nor the neglect in sub-Saharan Africa is conducive to sustainable development, and so the ‘rethinking’ mentioned in the FAO 1993 Report has not yet taken place. The post-COVID-19 era, as characterised by Noam Chomsky, should open a new and urgent wake-up call for policymakers.

Our answer to “what’s next?” is a call to act across the double – G R O U N D framework: by this we mean - Guided Governance, Resources Replenishment, Operational Oversight, Unnecessary Utilisation, Nexus Networking, Demand Diminution and/or Declining Depletions.

This is our wake-up call to the practitioners, users, policymakers and the financial institutions for action in the post COVID era. 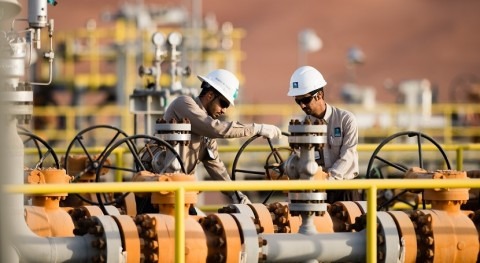 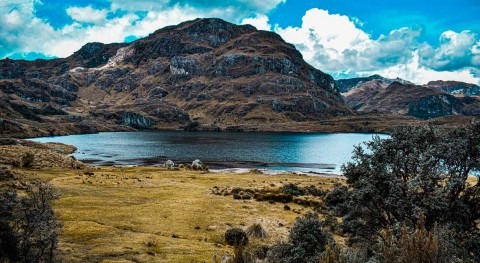 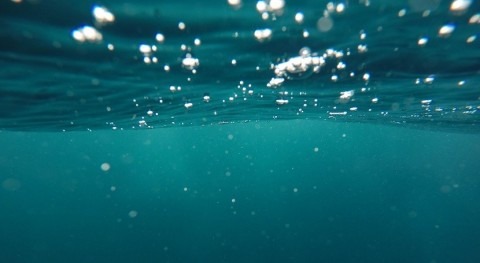 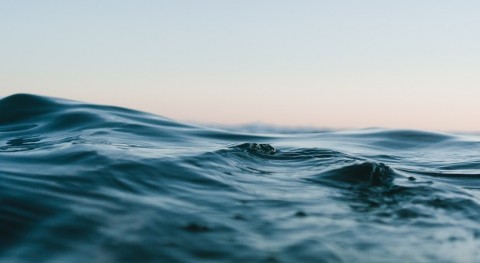 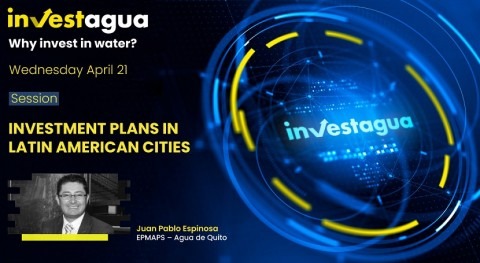 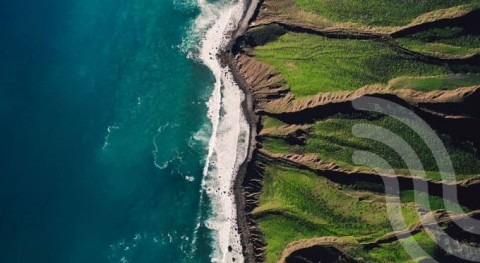 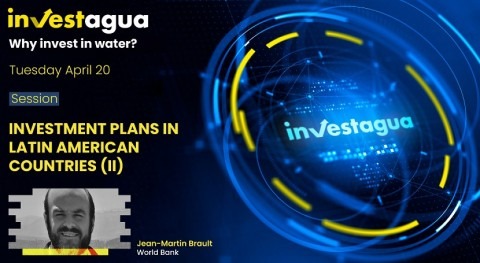 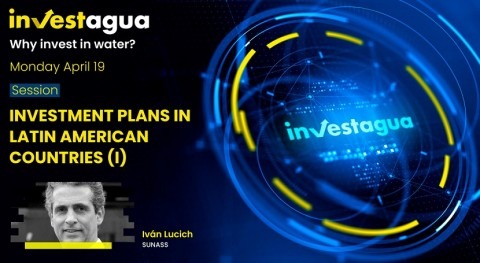