Google announced its ambitious water stewardship target last month: the company intends to replenish 120% of the water consumed, on average, across offices and data centres by 2030. “We are pledging to a water stewardship target to replenish more water than we consume by 2030 and support water security in communities where we operate” said Kate Brandt, the company’s Chief Sustainability Office, in a blog post.

Facebook’s plans to become water positive by 2030 were revealed by its Sustainability Strategy Manager Sylvia Lee at the end of August: “We follow a water stewardship strategy that focuses on sourcing water responsibly, driving water efficiency across our facilities and operations, as well as investing in critical water restoration projects in the same watersheds where our facilities are located. Now, we’re going even further and pledging to be water positive by 2030, meaning we will restore more water than we consume (evaporate).”

They both come after Microsoft’s President Brad Smith voiced last year the company’s commitment to replenish more water than it consumes by 2030. “We’re announcing an ambitious commitment for Microsoft to be water positive for our direct operations by 2030. We’re tackling our water consumption in two ways: reducing our water use intensity – or the water we use per megawatt of energy used for our operations – and replenishing water in the water- stressed regions we operate.”

A key contributor to water consumption by technology companies which is unique to them, unlike water use by office buildings, is the water used to cool data centres. Data centres’ energy consumption is drawing attention as the technology sector experiences huge growth, with companies turning to renewable energy sources. Meanwhile, water consumption by data centres is less well understood. While there are small data centres in office buildings, newer ones are large hyperscale warehouses. They may be operated by a single company that provides cloud services, such as those by Google, Microsoft, and Amazon, or they may be colocation facilities that house servers for smaller companies. Data centres consume water indirectly through electricity generation, and directly in cooling systems, competing with other users for access to local water resources. A “typical data center uses about 3-5 million gallons of water per day — the same amount of water as a city of 30,000-50,000 people,” said Venkatesh Uddameri, professor and director of the Water Resources Center at Texas Tech University, to NBC News last summer. The location of large data centres is a tricky matter, with many considerations such as electricity supply, infrastructure or taxes. In the future water availability will probably be also a key factor to consider, as water shortages may affect their operation.

Technology companies are exploring alternative sources of water, and different techniques for cooling data centres which increase water efficiency. “At our data centers, we’ll identify opportunities to use freshwater alternatives where possible — whether that's seawater or reclaimed wastewater”, wrote Google’s Kate Brandt in the blog announcing their water pledge. Examples include Google’s Hamina data centre in Finland, which uses sea water for cooling, or the data centre in Douglas County, Georgia, using reclaimed wastewater. Microsoft’s Project Natick, an underwater data warehouse off the coast of Scotland, is an attempt to use natural cooling, but so far it would only be applicable to small scale systems. Facebook has developed advanced evaporative cooling systems for their data centres, using up to 50% less water, while Google reports also a 50% reduction in water use by recirculating water within the same data centre. Microsoft’s new data centre in Arizona will use adiabatic cooling and an evaporative cooling system, depending on the outside temperature, to use up to 90% less water than other water-based cooling systems.

The companies’ transparency when implementing actions to make water positive pledges come true will be key to whether they will be perceived as greenwashing, including accounting not only for their water use but also for the water replenishment side of the equation. For example, Facebook said in their announcement they would use the Volumetric Benefits Accounting Methodology to measure the impact of their water stewardship actions. Google’s Water Stewardship document says they will track progress also using the Volumetric Benefit methodology and the Benefit Accounting of Nature-Based Solutions for Watersheds Guide. Metrics such as water use effectiveness, used by Facebook, measure how much water is used by a data centre compared to the energy used to run the equipment. While the challenges ahead are many, it is clear that corporate water stewardship is gaining importance and technology companies do not want to fall behind. 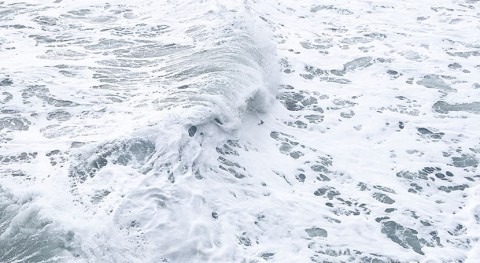 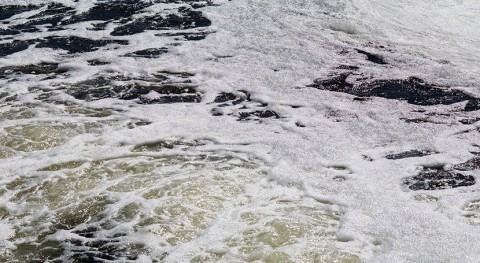