Microplastic (MP) contamination is a worldwide concern. Despite this, there is no standard method for assessing MP concentrations in rivers, which are the main entry points of MPs into oceans. This leads to arbitrary sampling and inaccurate assessments. Now, researchers from Japan have proposed a method that determines the appropriate number of samples for an accurate assessment of freshwater MP concentration. The method could greatly reduce the time and resources spent on MP surveys.

The extent of plastic pollution remains largely hidden from view in the form of microplastics (MPs): plastic particles with diameters less than 5 mm. Since plastics are slow to degrade, they fragment into tiny particles that end up contaminating entire ecosystems. In the years since their discovery in the early 1970s, MPs have become a ubiquitous and global concern. MPs are found in land, air, water, and the food that we eat, especially seafood. This is because freshwater sources, such as rivers, often carry off MPs into the oceans, where they accumulate.

Despite its pervasiveness, however, there is currently no standard procedure to measure and quantify MP concentration in rivers. Plankton nets, originally designed to collect plankton samples, are commonly used to capture MPs in rivers. To prevent these nets from getting clogged and ensure a large sample size, multiple samples are collected at fixed locations along the river and the MP concentration is calculated as the average of all the sampling results. Most studies, however, do not take uncertainties and sampling errors into account, resulting in an erroneous assessment of MP concentrations, particularly in terms of the amounts of samples required for accurate MP assessments.

Now, in a recent study published in Environmental Pollution, Dr. Mamoru Tanaka and Professor Yasuo Nihei from Tokyo University of Science along with Associate Professor Tomoya Kataoka from Ehime University in Japan have improved upon the estimation of the MP concentration by accounting for the variability between estimations obtained from different samples. The variance can help estimate the appropriate number of samples required for an accurate representation of MP contamination. "For an on-site sampling of microplastics, we have proposed a method for determining the appropriate number of iterations in each contamination situation," says Dr. Tanaka.

To evaluate the inter-sample variances in MP concentration, the scientists borrowed another method originally intended for zooplankton

For the MP concentrations, the team collected 10 samples in plankton nets at two sites along the Ohori River and Tone-unga (Unga) canal in Chiba, Japan - two waterbodies that flow through urban areas and contain a high concentration of plastic waste. They identified a total of 1333 MP particles at the sampling sites. The average concentrations of the MPs, which were measured to be 5.23 particles/m3 in the Ohori and 15.22 particles/m3 in the Unga, were higher than the reported average of MPs in Japanese rivers (4.3 particles/m3). Furthermore, the calculated averages and variance at both locations matched up with a simple linear regression. "Variance steadily increased with an increase in the mean numerical concentrations," points out Dr. Tanaka. Regression analysis further suggested that the MPs in the rivers do not interact with one another, resulting in random particle distributions.

The problem of MPs has been recognized in recent years and various countries including Japan have passed legislation to ensure better monitoring and control of MPs in the environment. In this light, this study could help improve the sampling methodology, reducing the time and resources invested in MP assessment surveys. 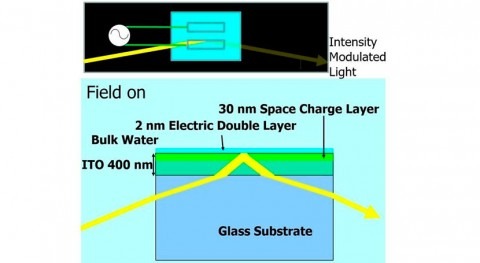