In an innovative approach to dealing with the effects of severe flooding in Bangladesh, the United Nations is using the latest in data and predictive analytics to forecast the next major monsoon floods, gauge likely impacts – and take action – before possible disaster hits.

On 4 July a high probability of severe flooding was forecast for mid-July along the Jamuna River in Bangladesh, with one-third of the area’s total population likely to be affected. That warning was the trigger for the UN to immediately release $5.2 million from the Central Emergency Response Fund (CERF) to help communities urgently prepare and protect themselves.

On 11 July, the activation trigger was reached when forecasting predicted the floods would reach critical levels in five days.  At this point, aid workers began distributing the aid.

Bangladesh is highly vulnerable to climate-related shocks and stresses, including monsoon flooding. In an average year, approximately one quarter of the country is inundated. In some years, flooding is more intense and surpasses the ability of communities to cope, leading to death and the destruction of infrastructure, livelihoods and homes, and creates deep humanitarian needs. However, monsoon flooding can be predicted, and humanitarian needs minimized.

This is the latest example of anticipatory humanitarian action. Developments in data and predictive analytics make it possible to anticipate when disaster is about to strike and take action in advance. This approach offers a more dignified, swifter, cheaper and more efficient solution to humanitarian needs.

Working alongside government, staff from the Bangladesh Red Crescent Society (BDRCS), the International Federation of Red Cross and Red Crescent Societies (IFRC), and Non-Governmental Organizations (NGOs), the three UN agencies and implementing partners began giving communities at risk in the Bogura, Gaibandha, Kurigram, Jamalpur and Sirajgonj districts the means to protect themselves and their livelihoods from the worst effects of the floods.

“Innovations like this are the bright spots in a bleak humanitarian outlook. Advances in data and predictive analytics mean we can predict many crises and take action as soon as we know the problem is coming. If disasters take us by surprise, it’s because we weren’t looking.

“Doing something before crises hit can save more lives and costs less money – plus it’s far more dignified for the people we’re helping. If we know a flood is about to hit, why wouldn’t we give river communities the means to get themselves, their livestock and their tools out of harm’s way before the deluge comes, instead of waiting until they’ve lost everything then try and help? It’s a no-brainer.”

The release of funding is the first time the UN’s Central Emergency Response Fund has been used in this way and was the fastest CERF allocation in history – within four hours of the trigger being activated, the delivery agencies had been given authority to spend the money.

“Year after year, floods devastate Bangladesh. The waters not only swallow up homes and lives but with them progress and hope for the Bangladeshi people. I cannot stress enough how important it is to equip communities to prepare and protect themselves against such disasters. As well as saving lives by supporting people in emergencies, we’re also changing lives by intervening before the crisis hits to set families on the road to greater resilience.”

“Taking anticipatory action is a win-win for all. UNFPA is proud to be part of this effort, supporting sexual and reproductive health and protection of women and girls and the transgender community. These services and supplies are essential to promote human rights, dignity and gender equality. We thank our implementing partners, and all donors that contribute to CERF, as we work together to leave no one behind.”

“Preventing and mitigating disaster impacts is critical in safeguarding agricultural livelihoods and food security. By protecting people's hard-to-replace productive assets from being washed away or damaged beyond use, we are reducing distress migration, helping vulnerable families avoid being forced into negative coping strategies – and recover more rapidly – all while building their resilience to future shocks.”

This work is one example of one of many ways the humanitarian community can adapt to the “new normal” of a COVID-19 operating environment by giving even greater support to localized response and use of predictive analytics. More often than not, communities themselves are the first responders and know their needs the best – this anticipatory approach empowers people to help themselves and each other.

Step by step: how it happened

On 4 July, the Global Flood Awareness System (GloFAS) 10-day probabilistic forecast predicted that the areas targeted with the pilot have a greater than 50 per cent chance of experiencing a severe flood between 14 and 16 July. This activated the first stage of the pilot, releasing funds and allowing agencies to ready for an activation.

On 11 July, the activation trigger was confirmed by the Government’s five-day deterministic forecast. The Flood Forecasting & Warning Centre (FFWC) forecast that the water level at Bahadurabad would cross the Government-defined “Danger Level” + 0.85 metres. This activated the second stage of the pilot, in which agencies executed pre-agreed actions. 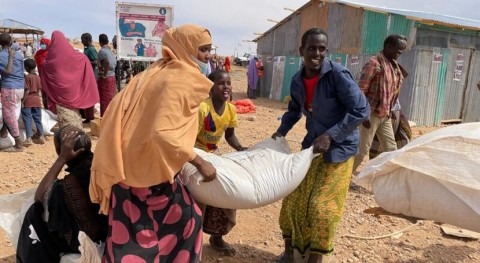 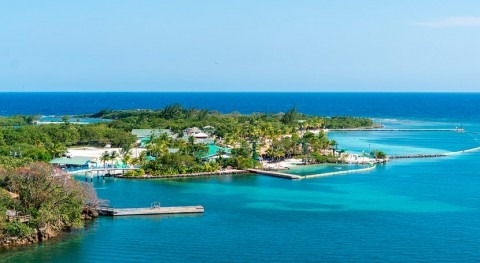 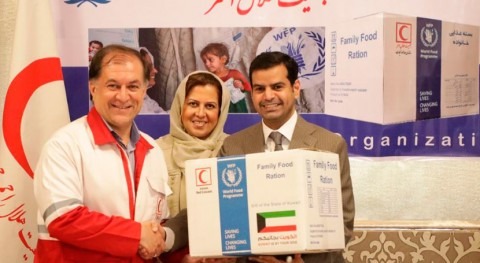 Improving the Estimation of Microplastic Concentrations in Freshwater Environments
END_OF_DOCUMENT_TOKEN_TO_BE_REPLACED