As tectonic plates slip past each other, the rivers that cross fault lines change shape. The shifting ground stretches the river channels until the water breaks its courses and flows onto new paths.

In a study published July 8 in Science, researchers at UC Santa Cruz created a model that helps predict this process. It provides broad context to how rivers and faults interact to shape the nearby topography.

The group originally planned to use the San Andreas fault in the Carrizo Plain of California to study how fault movement shapes the landscapes near rivers. But after spending hours poring over aerial imagery and remote topographic data, their understanding of how the terrain evolves began to change. They realized that rivers play a more active role in shaping the area than once thought.

“The rivers are their own little beasts, and they interact in really interesting ways with the kinematics and the motion along these faults,” said Kelian Dascher-Cousineau, seismology Ph.D. student at UC Santa Cruz and lead author on the study.

As the offset of a fault grows, it elongates river channels and slows the flow of water. With lower speeds, the river carries less sediment. The material builds up and eventually chokes the path, forcing the water to change course in a process known as avulsion.

This diversion happens rapidly, and the unexpected flooding can easily become destructive for nearby communities.

Over the last few years, geomorphologists have gained a clearer idea of how these avulsions happen in different types of rivers. But identifying long-term patterns in the way that rivers respond to fault movement still proves challenging.

“You can’t really observe channels for thousands of years at a time,” said Dascher-Cousineau. To make up for that inability, the researchers used the well-studied past of the San Andreas Fault at the Carrizo Plain to test their model.

“We have a history that we actually know really well from the earthquakes, and we can use that as a natural experiment to see what the channels are doing over these geomorphologically relevant timescales,” said Dascher-Cousineau.

The group closely examined images and maps of the Carrizo Plain and began testing complex models of river flow and sediment transport. They slowly removed variables, eventually identifying the most important elements in the system. The resulting model introduces a new framework for thinking about how rivers and active fault-lines interact.

“Most seismologists typically have a view that the surface of the Earth is a passive thing that just responds to the faulting,” said Noah Finnegan, professor of Earth and planetary sciences at UC Santa Cruz and co-author on the study.

“This paper embraced the fact that rivers are constantly changing and was able to show that the coevolution of the fault-offset and the river provides us with information that we weren't able to get previously,” he said. “You get a richer understanding of how the system works by recognizing that there’s an interesting coupling going on there.”

In addition to predicting when fault-crossing rivers will abandon their original channels, the model can also help scientists estimate how quickly the sides of a fault are moving past one another—an important question to many seismologists that can be difficult to measure accurately.

Although it addresses complex questions, the model itself is surprisingly straightforward.

“Like with a lot of discoveries, once you see it in the right way, there's incredible simplicity,” said Finnegan. “I’ll never look at these landscapes in the same way again.”

“We were forced to look at remote topographic data and aerial imagery that made us think in a more synoptic way about this,” he said.

How the model will fit different regions and the fault at a larger scale remains to be seen.

“We’ve outlined the set of physics that should operate in one range of conditions,” said Dascher-Cousineau. Next, they will turn their focus to new types of topography.

Emily Brodsky, professor of Earth and planetary sciences at UCSC, is also a coauthor of the paper, in addition to Dascher-Cousineau and Finnegan. This research was supported by the NASA FINESST fellowship and the Southern California Earthquake Center. 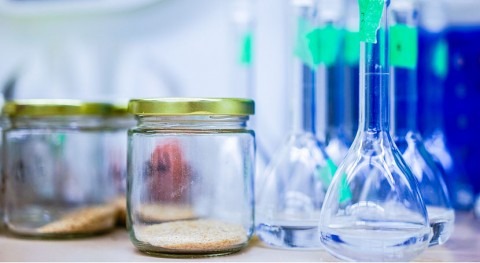 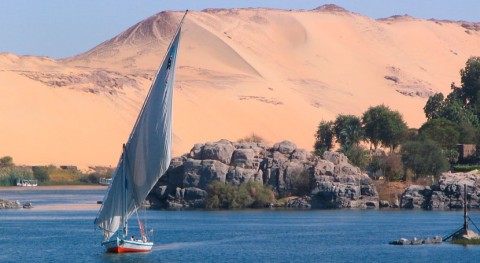