Fluctuations in the masses of the world’s largest ice sheets carry important consequences for future sea level rise, but understanding the complicated interplay of atmospheric conditions, snowfall input and melting processes has never been easy to measure due to the sheer size and remoteness inherent to glacial landscapes.

Much has changed for the better in the past decade, according to a new review paper co-authored by researchers at CU Boulder, NASA, Utrecht University and Delft University of Technology and recently published in the Reviews of Geophysics.

The study outlines improvements in satellite imaging and remote sensing equipment that have allowed scientists to measure ice mass in greater detail than ever before.

“We’ve come a long way in the last 10 years from an observational perspective,” said Jan Lenaerts, lead author of the research and an assistant professor in CU Boulder’s Department of Atmospheric and Oceanic Sciences (ATOC). “Knowing what happens to ice sheets in terms of mass in, mass out allows us to better connect climate variations to ice mass and how much the mass has changed over time.”

Ice sheets primarily gain mass from precipitation and lose it due to solid ice discharge and runoff of melt water. Precipitation and runoff, along with other surface processes, collectively determine the surface mass balance. The Antarctic Ice Sheet, the world’s largest, is cold year-round with only marginal summer melting. A small increase or decrease in yearly snowfall, then, can make a considerable difference in surface mass because the addition or subtraction is compounded over a massive area.

“Snowfall is dominant over Antarctica and will stay that way for the next few decades,” Lenaerts said. “And we’ve seen that as the atmosphere warms due to climate change, that leads to more snowfall, which somewhat mitigates the loss of ice sheet mass there. Greenland, by contrast, experiences abundant summer melt, which controls much of its present and future ice loss.”

In years past, climate models would have been unable to render the subtleties of snowfall in such a remote area. Now, thanks to automated weather stations, airborne sensors and Earth-orbit satellites such as NASA’s Gravity Recovery and Climate Experiment (GRACE) mission, these models have been improved considerably. They produce realistic ice sheet surface mass balance, allow for greater spatial precision and account for regional variation as well as wind-driven snow redistribution—a degree of detail that would have been unheard of as recently as the early 2000s.

“If you don’t have the input variable right, you start off on the wrong foot,” Lenaerts said. “We’ve focused on snowfall because it heavily influences the ice sheet’s fate. Airborne observations and satellites have been instrumental in giving a better view of all these processes.”

Ice sheets primarily gain mass from precipitation and lose it due to solid ice discharge and runoff of melt water.

Ground-based radar systems and ice core samples provide a useful historical archive, allowing scientists to go back in time and observe changes in the ice sheet over long periods of time. But while current technologies allow for greater spatial monitoring, they lack the ability to measure snow density, which is a crucial variable to translate these measurements into mass changes.

The biggest opportunity may lie in cosmic ray counters, which measure surface mass balance directly by measuring neutrons produced by cosmic ray collisions in Earth’s atmosphere, which linger in water and can be read by a sensor. Over long periods of time, an array of these devices could theoretically provide even greater detail still.

Overall, Lenaerts said, the field of ice sheet observation has come of age in recent years, but still stands to benefit from additional resources.

“The community of researchers studying these issues is still relatively small, but it’s already a global community and interest is growing,” he said. “We’d like to get to a point where ice sheet mass processes are factored into global climate and Earth system models, to really show that bigger picture.”

The newly published paper is part of the Grand Challenges special collection created for American Geophysical Union’s Centennial, highlighting key areas where major future work and discovery are needed to address fundamental questions in understanding the Earth, its space environment and the history of the planet and its solar system. It was co-authored by Brooke Medley of NASA Cryospheric Sciences Laboratory, Michiel van den Broeke of Utrecht University and Bert Wouters of Utrecht University and Delft University of Technology. NASA provided funding for the study. 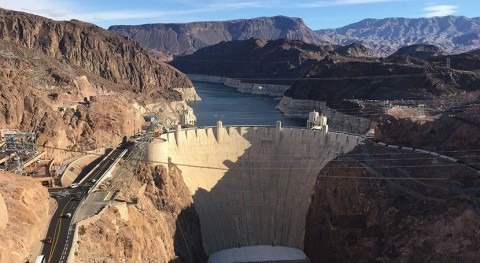 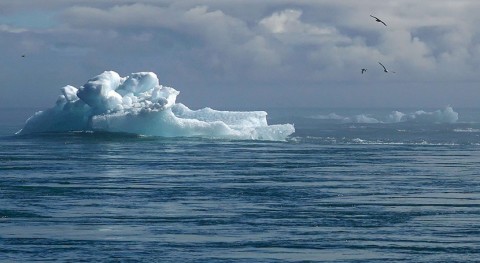 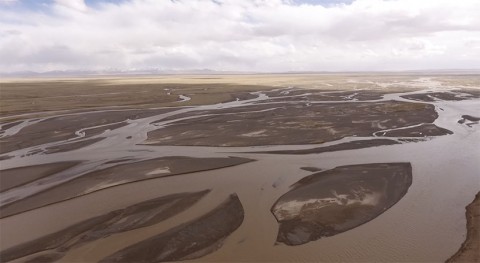 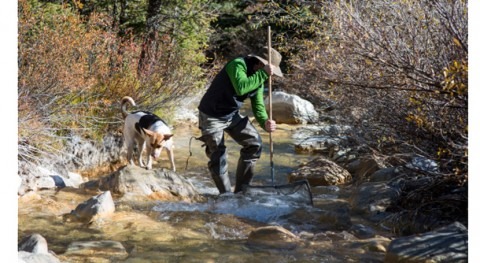 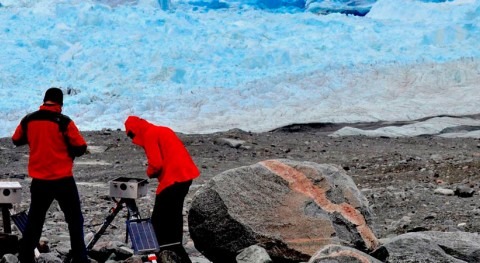