As the dumping of untreated wastewater into the sea sparks pollution warnings, new research has identified a “significant risk” of increasing antibiotic resistance associated with wastewater systems across the UK.

A research team, led by the University of Exeter, has carried out the most comprehensive assessment of risks posed by antibiotics in the environment in the UK to date, now published in the journal Environment International.

The team discovered that the levels of the antibiotic ciprofloxacin are likely to result in increased antibiotic resistance in wastewater and, in some cases, potentially in rivers. Ciprofloxacin is commonly used to treat respiratory, skin, and urinary tract infections, amongst other conditions.

Crucially, the research shows that antibiotic pollution from human waste poses a risk in the environment in higher income countries like the UK, despite having longstanding sanitation infrastructures.

Antibiotic resistance is recognised by the World Health Organisation as one of the greatest health threats of our time. By 2050, up to 10 million deaths each year could be caused by antibiotics and other antimicrobial drugs no longer working to treat common diseases, including respiratory tract, sexually transmitted, and urinary tract infections. The threat of resistance could also increase the risk of contracting infection after basic surgical procedures.

Around 70 per cent of the antibiotics taken as medicines end up in the natural environment, through trace residues excreted by patients and inappropriate disposal of medicines, among other sources.

Bacteria are also present in these wastewaters, and when they are exposed to antibiotics, they can evolve resistance within these environments. This could mean an increased threat to human health, if resistant bacteria enter and colonise the gut, for example through swallowing water while swimming.

A recent survey by UK Water Industry Research (UKWIR) measured the concentrations of several antibiotics in untreated wastewater entering treatment plants, and the treated wastewater that is released into rivers and streams.

The survey, conducted at 67 treatment plants across the UK, was carried out across all four seasons, over multiple years.

The research team at the University of Exeter Medical School compared this data to results from their previous studies, which determined the lowest antibiotic concentrations that increase antibiotic resistance. They found that there is a significant risk that the antibiotic ciprofloxacin could result in increased antibiotic resistant bacteria in wastewater and the environment.

Dr Aimee Murray, of the University of Exeter, who led the research, said: “We need more awareness of the fact that antibiotics are environmental pollutants. When we take antibiotics, they aren’t fully broken down by our bodies, but end up being excreted into our wastewater treatment system, and then released into the environment. This research shows that antibiotic pollution could increase antibiotic resistance in sewage and in some cases, our rivers. Elevated levels of antibiotic resistance pose a greater threat to human health.

“This is the first evidence of risks posed by antibiotics in the UK in terms of driving increased antibiotic resistance in the environment, and it’s very timely considering current public concern over sewage pollution. Release of antibiotics into the environment isn’t currently regulated, but this paper and other emerging research suggests this may be required in future.”

April Hayes, PhD student at the University of Exeter and joint first author, said: “Concern is increasing about pollution in our surface waters in the UK, and this research demonstrates that pharmaceutical pollution is also a threat to our waters in England and Wales. Additionally, this research shows that this risk can vary by region, likely due to a number of different factors. Further understanding of the differences between these regions, such as antibiotic prescribing rates, or types of wastewater treatment used, may help in addressing this pressing issue.”

Laura Murray, PhD student at the University of Exeter and joint-first author, said: “Antibiotics can persist in UK wastewater effluent despite the sewage being treated. Some, such as ciprofloxacin, can be present in UK surface waters, including rivers, at levels that may drive evolution of antibiotic resistant bacteria. A particular concern is that storms and heavy rainfall can cause untreated sewage overflows. On one hand, discharge of raw sewage could result in higher antibiotic resistance risks as the sewage hasn't been treated; on the other hand, the raw sewage may be heavily diluted with rainwater, which will decrease risks. Certainly, more research on combined sewer overflows is needed to fully appreciate how raw sewage discharges impact antibiotic resistance risk."

The paper is entitled ‘Predicting selection for antimicrobial resistance in UK wastewater and aquatic environments: ciprofloxacin poses a significant risk’. 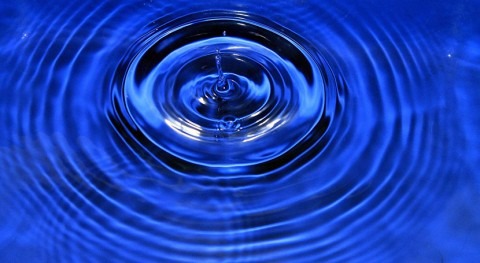