The denial of climate change or its anthropogenic causes is a position that, although defended by a minority, has powerful political and economic allies that amplify and encourage it. The distortion of information and demagogy are favored by the inhibition caused by an excess of superficial and purely alarming information. Communicating by raising awareness while educating is the best antidote to denial and the way to solutions. 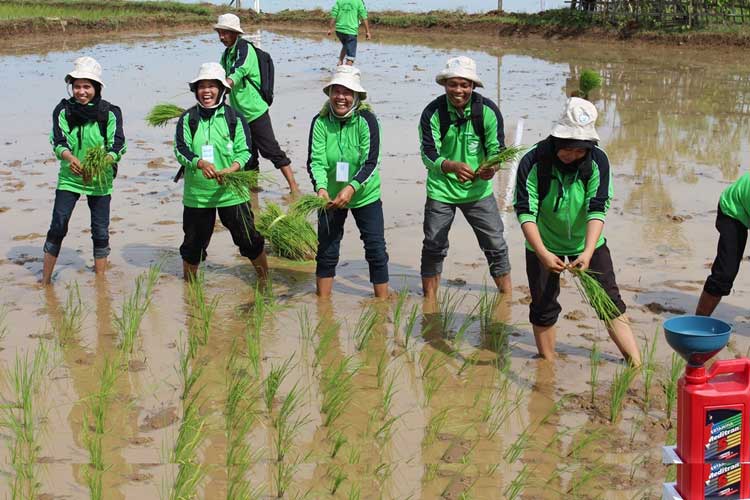 Are we capable of making specific and tangible personal sacrifices in the short term to achieve intangible collective benefits in an uncertain future? Are we psychologically prepared for this? The crisis of natural resource degradation, which science assures us will be aggravated by climate change, forces us to this uncomfortable reflection. The contrast between individual freedom and collective responsibility is a dilemma that the consumer civilization has not yet resolved. For many sociologists and psychologists, this is the germ of anthropogenic global warming denial.​

The resistance to change 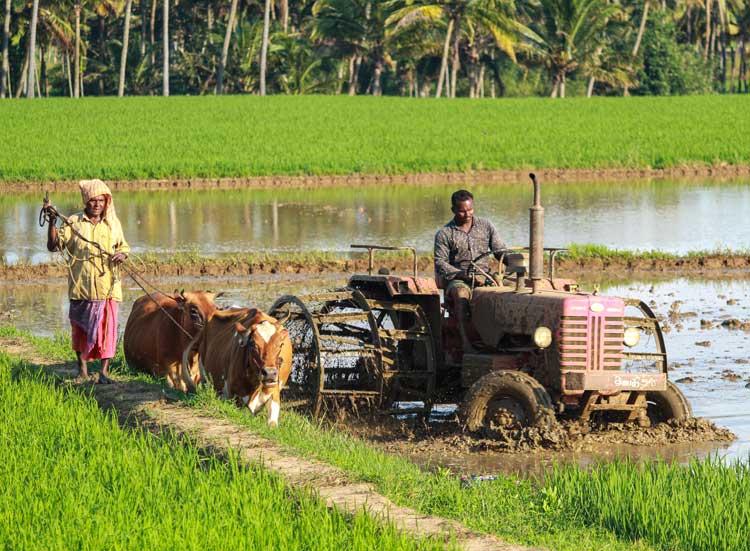 This conflict, which has manifested itself throughout history in all human activities, was addressed from an environmental perspective by the American ecologist Garret J. Hardin in 1969. In his Tragedy of the Commons, published in Science magazine, Hardin describes a situation in which several individuals share a limited natural resource and motivated by their personal interest, they destroy it and end up being harmed, either individually or as a group.

In the case of water, this theory has been used to explain many cases of aquifer depletion due to uncontrolled agricultural practices: with the incentive of an initial or seasonal abundance of water, each farmer increases production on his own, which over-exploits the aquifer with its consequent deterioration.

The deterioration of natural capital affects in the long run both a New Yorker and a Thai, although in different ways, but it will be detrimental to both

This confrontation between individual and collective interests is expressed from a socio-political perspective in the conflict between liberalism and state interventionism, a confrontation that often makes it difficult to find an adequate global approach that is undoubtedly required to solve the climate crisis. The deterioration of natural capital affects in the long run both a New Yorker and a Thai, although in different ways, but it will be detrimental to both.

Humanity is obliged to act in such a way that Hardin's theory is not fulfilled. It is not an easy task, history shows it, and Environmental Psychology addresses the problem: the deterioration of the planet's natural capital does not have a merely technological solution, it requires changes in human behavior, both on a personal and collective level.

What is the denial of climate change? 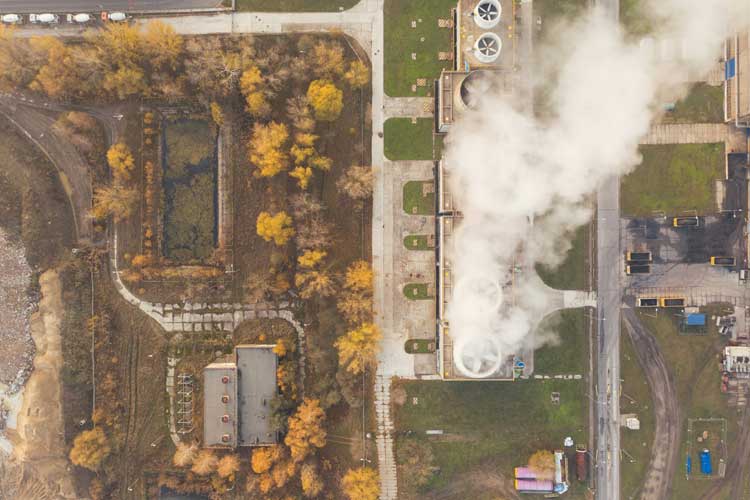 Denial of climate change makes these changes difficult. It is an ideological current that has a wide resonance in some media and, above all, in social networks, even though it is defended by a minority. Denialist positions have their main supporters in powerful politicians - such as Donald Trump, who sees the theory of climate change as a conspiracy against the US economy - and in fossil fuel lobbies, which encourage doubts among civil society and pressure governments to delay actions to reduce gases.

Climate change denial is based on the assertion that the problem does not exist or, if it does, that human activity is not the cause

Climate change denial is based on the assertion that the problem does not exist or, if it does, that human activity is not the cause. It is in direct opposition to one of the main conclusions of the IPCC in its Fifth Report (AR5): "It is extremely likely - over 95% - that human influence is the dominant cause of the global warming observed since the mid-20th century." More than 97% of climate scientists agree with this statement.

Denial positions are diverse and complex, although they can be classified into the following three groups:

1.   Those who deny the phenomenon in its entirety. "Everything is a lie, all those who assure the existence of climate change are lying: scientists, politicians, ecologists, etc." Either because of religious convictions, or because for them the data are not reliable, they argue that there is no need to worry, because simply nothing is happening. The positions of this group are somewhat equivalent to those who believe the Earth is flat or those who deny that the Moon has been reached. These are lies generated by huge machinations filled with dark interests.
When these deniers are asked for an explanation of their position, some mention the 3% of scientists who do not agree with the IPCC in a practice in the purest style of the so-called "fallacy of incomplete proof", better known in the scientific field by the English term “cherry picking”: from the evidence of a fact, select only that that confirms the opposite, or select something "tailored" to what you want to refute. It is a practice that, without any kind of decorum, is practiced by some politicians, for example, when they declare: "Do you see how it is already raining?", after a period of drought, or "How can there be global warming if it is snowing?", after a warm winter season.

2.   Those who do not deny the phenomenon but do deny its anthropogenic causes. Those who support them reason that "it is possible that there is a warming, but it is a natural phenomenon and then everything will return to the way it was before." The explanations also often resort to cherry picking: they refer to studies on solar activity, ancestral climate cycles, etc. It is an argument that is often fed by politicians and fossil fuel industry lobbies.

3.   Those who do not deny either warming or its human origin, but deny its importance. "They are exaggerating, this is not going to be as serious as they say" is usually a way to avoid worrying. This group abounds with believers in the god of technology - "they'll invent something and fix it" - or in an overestimation of the protective state - "they'll take action, they'll ban things..." Among them is a subgroup that believes that adaptation will be a success and that it will even bring us more benefits than losses. Here too there is a good dose of cherry picking: "You can grow grapes in the Alps, go sightseeing in the Arctic, go to the beach in winter..." 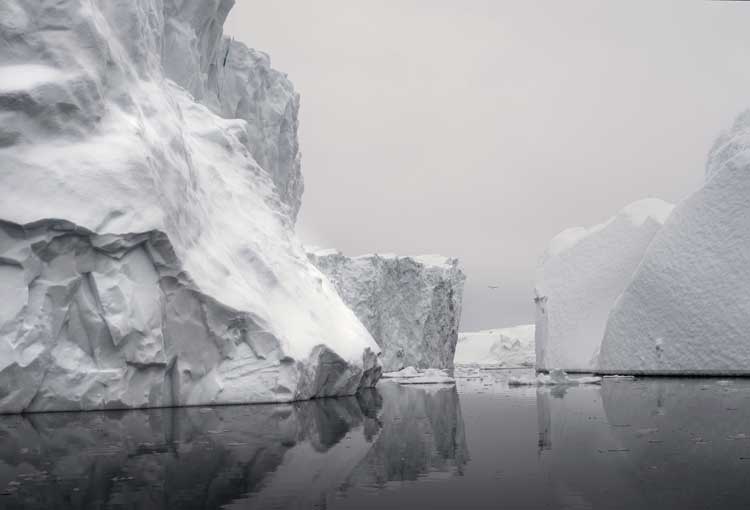 All these positions generate inhibiting attitudes that some psychologists relate to the phases of grief in the face of a loss: the world as we know it and live in is going to change, and the change will not be good. In these cases, denial is a defense against pain or fear, and the approach of any personal change forces to face this restlessness, which becomes unbearable.

Most scientists and sociologists agree that institutions, companies and the media must make an effort to communicate in order to ensure that public awareness leads to real actions for change, overcoming the denialist response.

Is there enough information? Is it adequate? Social psychologists such as Kenneth J. Gergen warn that information does not become knowledge by itself, especially if it is given in excess, as is happening in social networks, which saturate the brain with an avalanche of content on global warming. In these cases, the chances of the brain creating useful knowledge decrease and the receivers of the information draw superficial conclusions that make them more vulnerable to demagogic manipulation.

On the other hand, as the psychologists Cristina Huertas and José Antonio Corraliza point out in their study Psychological resistances in the perception of climate change, the tremendous and threatening messages, which abound in recent years, tend to generate a defensive rejection of both the content of the information and its sources. The effect of "ecofatigue" is produced, by which the person tends not to assume responsibility and to experience feelings of defenselessness, considering any personal action ineffective: "no matter what I do, the problem is too big to depend on me."

Sociologist and lawyer Dan M. Kahan explains that people's cultural and ideological backgrounds are generally more important in the perception of climate change than the information received, and that often knowing the facts, even with objective and intelligible data, is not always enough to act accordingly and change behavioral habits.

Balance between awareness and knowledge 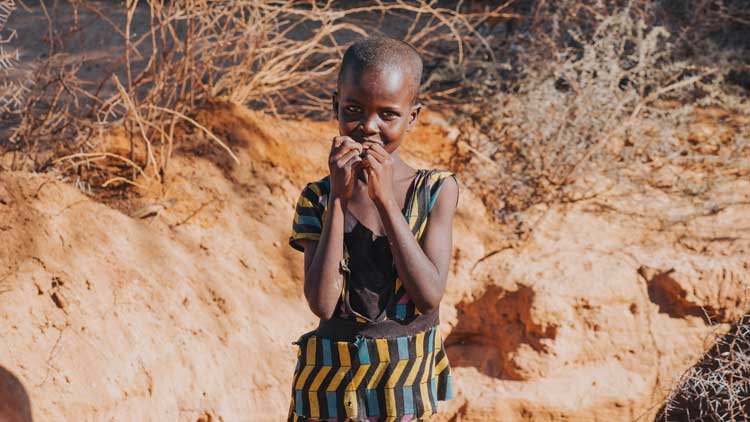 The communication challenge is remarkable. Most psychologists and sociologists advocate strategies that include not only emotional awareness, but also knowledge of how to deal with the problem: which changes in behavior and lifestyle and, above all, for what reason.

Communication based solely on powerful emotional awareness creates fear, outrage or sadness. These are emotions that, if left alone, provide fertile ground for states of mind that do not bring solutions, encourage denial and worsen coexistence. Knowledge, which resides in the rational brain, must accompany the sensitization that affects the emotional brain. This is created through objective and intelligible communication, free from political or ideological distortions. Governments, scientists, institutions and the media are obliged to integrate educational aspects into scientific information, to explain why changes are necessary, and thus show solutions based on the tangible and achievable collective benefit of solidarity.