General16
We Are Water Foundation
We are a non-profit organisation, set up in 2010 with the aim of contributing to the resolution of problems derived from the lack of water and sanitation in the world.
TwitterFacebookYoutubeWeb

The loss of ice on Earth is one of the most worrying and visible consequences of global warming. It has an impact on sea level rise, is capable of altering ocean dynamics and threatens to accelerate climate change. 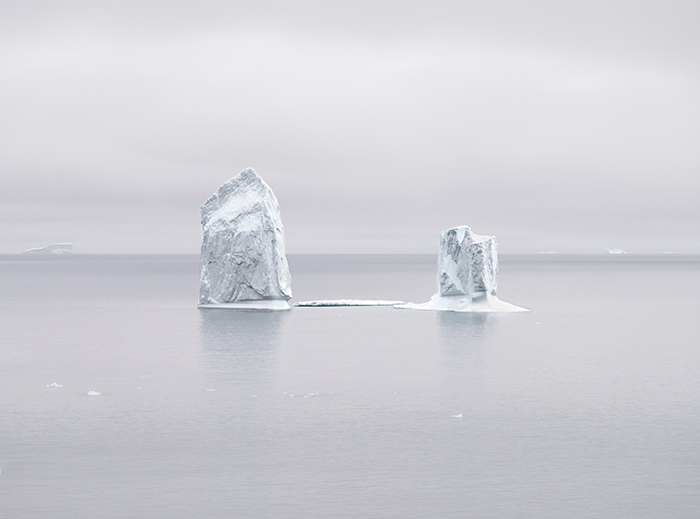 Images are undisputable, they are an argument with the capacity to settle any controversy. In the climate crisis we are experiencing, the testimony of the images of alpine and polar melting corroborates what science has been announcing for decades: the face of the Earth is losing ice. And it is not doing so in a linear way, but it is rather accelerating at an alarming rate.

It is a phenomenon that can be observed - and photographed - all over the world: from the glaciers of the Himalayas, the Alps, Patagonia and the Pyrenees, to those of Greenland and the polar ice caps of the Arctic and Antarctica, plenty of images that allow us to compare a before, with ice, and an after, without ice. A resounding graphic reality that shows how, for decades, the warming of the atmosphere has been undermining a vital element for environmental balance: frozen water.

At the Roca Madrid Gallery, the exhibition Melting landscapes by the photographer Fernando Moleres and Pepe Molina, videographer, photojournalist and author of the video of the exhibition, shows the beauty of a world in danger of disappearing. The immeasurable stillness of the Arctic presented in the images makes it difficult to glimpse the drama of its slow but unyielding disappearance. Behind the spectacular images lies the threat of the flooded land, the alteration of the ocean dynamics and the dreaded multiplier effect of climate change.

Opening of the exhibition Melting landscapes at the Roca Madrid Gallery

A new study of melting ice

Science has been warning of the phenomenon of melting ice for decades, especially in the Arctic Ocean and Greenland. Until now, the impact of warming on northern ice has been studied mainly through satellite observations that began in 1978. Between 2003 and 2015, a team from Rowan University in New Jersey, United States, led by Luke D. Trusel, drilled in Greenland to study the melting phenomenon from a different approach. In December 2018, the team published the study Nonlinear rise in Greenland runoff in response to post-industrial Arctic warming in the journal Nature. Its findings provide compelling data on Arctic melting that allow for a more accurate chronicle of the history of ice from the 17th century to the present, and establish a new scientific framework for refining forecasts.

The study method has been based on analyzing changes in the melting of the Greenland ice sheet surface. Trusel's team has combined this data with numerical model simulations and the result reveals what many scientists suspected: the ice mass has been disappearing rapidly since the mid-19th century - the period when historians believe the Industrial Revolution ended - until today. The study also shows that this phenomenon is not part of a natural climate cycle but is anthropogenic.

The threat of sea level 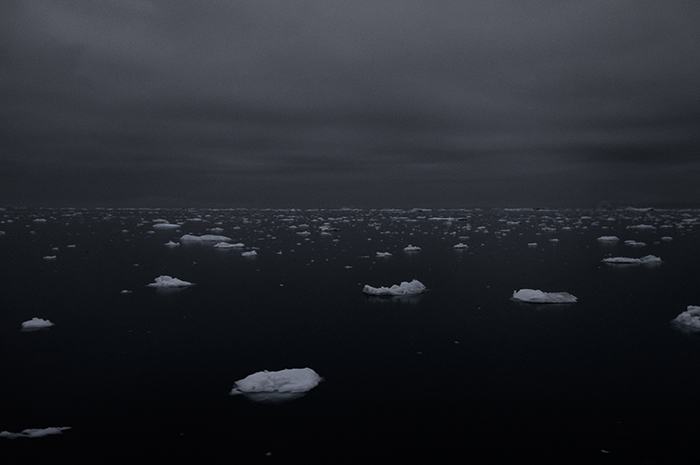 Today, it is estimated that the loss of mass from glaciers and surface layers at the North and South Poles releases about 670 gigatons of water into the sea each year, equivalent to 268 million Olympic-size swimming pools. In Greenland alone, this loss is estimated at 270 gigatons per year. Logically. this has a direct impact on the rise in sea level.

According to the IPCC's Fifth Report, AR5, the level of seawater is rising due to melting but especially, so far, due to the increase in water temperature, as water expands with heat. According to the IPCC, the top layer of water warmed by 0.11ºC per decade between 1971 and 2010 and the sea level has risen by an average of 0.19 meters throughout the 20th century. According to AR5, the process is accelerating: between 1901 and 2010, the average elevation was 1.7 millimeters per year, but between 1993 and 2010 it was 3.2 millimeters.

The AR5 estimates that, in the most favorable scenario for containing greenhouse gases, the rise in sea level will be only 26 centimeters; but in the most unfavorable case it could reach almost a meter by the end of this century compared to the average for the period 1986-2005. This would mean that hundreds of millions of people would be seriously affected. Not only would the sea flood the land, but salt water would also salinize rivers and aquifers, a phenomenon that is already being observed in many deltas, lagoons and wetlands around the world, mainly due to the overexploitation of groundwater for agricultural purposes.

The study's findings confirm that the most worrying issue is the ice that covers Greenland, which is home to the second largest freshwater reservoir on Earth after Antarctica. Currently, 60% of the sea level rise comes from the melting of its surface layer that is discharged into the Atlantic Ocean. If all Greenland's ice were to melt, it could raise sea levels by six to seven meters.

The preparation of coastal areas, usually the most inhabited ones, to cope with these phenomena will determine their survival and economic expectations. Such a catastrophic scenario is being predicted in the most exposed cities, such as Singapore, which is preparing a $72 billion plan to protect itself from flooding, according to Bloomberg. But, as is always the case, the poorest areas are the most vulnerable to a humanitarian catastrophe in the event of marine flooding. Slums in coastal cities and fishing villages, like those in many Central American, African and Asian countries, Polynesian islands, mangroves and large agricultural areas are at risk. Deltas such as the Ganges (Bangladesh), Chao Phraya (Thailand) or Yangtze (China), which are home to cities like Dhaka, Bangkok or Shanghai, can stop feeding hundreds of millions of people if their rice fields are flooded with salt water.

Ocean currents, in addition to being a determining factor in marine life, establish a balance in the distribution of temperatures of the entire planet since they are responsible for maintaining areas with relatively stable climates and transporting the heat from the lower latitudes.

While global warming is increasing the temperature of the upper water layer (the first 700 meters), melting ice is pouring very cold water into the sea and this can significantly alter ocean dynamics. In the case of the Arctic and Greenland, it is not yet clear how this water might interact with warmer water, for example, from the Gulf of Mexico current, which washes the shores of Europe and tempers them. Some forecasts suggest that this current could weaken and even stop, resulting in a cooling of the European climate and an uncertain alteration of the general atmospheric circulation with global repercussions. 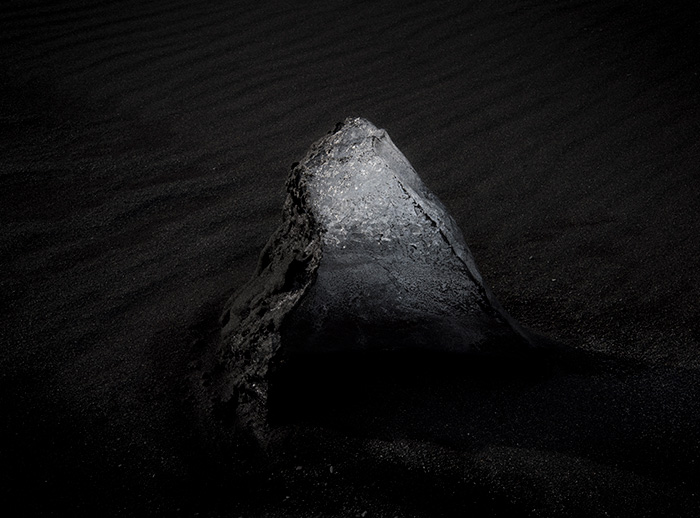 The conclusions of the study published in Nature allow climatologists to better understand the impact of global warming on polar ice masses and provide valuable information to study the dreaded effect of the "positive feedback" already announced by AR5: global warming does not produce a linear increase in melting, but rather accelerates the process over time.

The explanation is simple: a rise in atmospheric temperature causes melting which, in turn, causes the temperature to rise. This is because the surface that is left exposed - water, vegetation, sand or rocks - absorbs more energy from solar radiation, and therefore gets hotter than the ice or snow, which reflect most of this radiation. In other words, what is known in science as "albedo", the coefficient that expresses the percentage of reflected radiation with respect to that received, is reduced in the case of ice loss, which accelerates the heating process.

The melting of ice is the most tangible reality, in terms of visibility, of the climate crisis and one of the most worrying factors due to its more than likely multiplier effect on global warming and the rise in sea level, another irrefutable factor. It is an urgent call for a drastic reduction in greenhouse gases and for the need to believe even more in science, invest in it and follow the road map that it sets out for us.