Water in Kathmandu: a crisis in an area of abundance

Water in Kathmandu by Melon(Nepal), finalist of the We Art Water Film Festival 3. Micro-documentary category.

According to the International Institute of Water Management in Kathmandu, Nepal has 2.7 % of the available fresh water on Earth, making it the second country, after Brazil, with more water reserves in the world. The 8.6 million cubic meters of water that flow from the Himalaya peaks through the Nepali valleys every year provide each of its inhabitants an annual availability of 9000 cubic meters (9 million liters). This is one of the highest rates in the world, much higher, for instance, than the one in India, which reaches 1431 cubic meters. 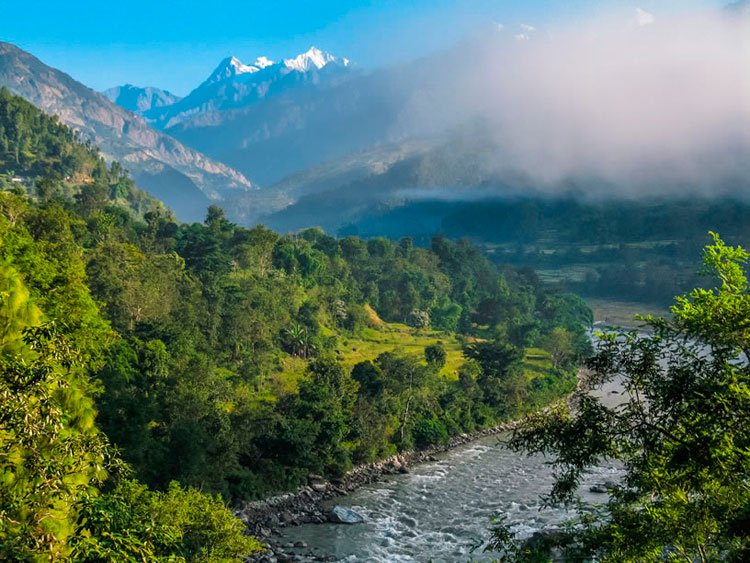 The thaw of nearly 3000 glaciers and lakes in the highest mountains of the Earth feeds over 6000 rivers and streams that flow through the Nepal valleys. This enormous flow supplies water to over one thousand million inhabitants downstream, in India and Pakistan. However, nearly 5 million inhabitants of Nepal, 18% of the population, do not have access to safe sources of drinking water, and 30.9% lives below the poverty threshold, according to data of the United Nations Development Program (UNDP).

The lack of infrastructures and the high level of pollution due to agricultural pesticides, fertilizers and waste water are the main causes of the problems of lack of water. On the other hand, Nepal´s climatology generally depends on the monsoon season, from June to September, whose winds determine as well the thaw in the Himalayas. For this reason, climate change is a serious menace to the country. Nepalese hydrologists and climate experts agree on the need to gather more and better information about water with the aim of designing management policies based on scientific data.

Kathmandu´s case, shown in the short film, also applies to many Asian cities surrounded by highly contaminated fluvial channels. The Nepalese capital produces around 150 tons of waste daily that are uncontrollably discharged into the rivers. A population of about one and a half million inhabitants lives around the city, and according to the Government Central Statistics Office, one out of five families in the capital does not have access to a domestic water source and two thirds of the households live with an unsuitable water supply.

The problems of water access and sanitation worsened on April 25th, 2015 with an earthquake measuring 7.8 on the Richter scale. The tremor shook Nepal with its epicenter in the Lamjung district, the second most populated city in the country. Its impact was very serious and entire mountain villages were destroyed. The number of affected citizens reached 8,100,000 people, half of which are minors. The official death toll reached 7,000, and over 9.5 million people needed humanitarian aid. The lack of water and food caused 2.8 million internally displaced persons, and Kathmandu received thousands of people that fled from destruction.

Even today, the city and the country have not recovered from the catastrophe. The We Are Water Foundation collaborated with World Vision and Oxfam in two projects. Canisters were supplied in theprojectwith World Vision which have helped around 1500 families to transport and store water to survive. Over five tons of water and sanitation material were sent in the project with Oxfam from its warehouse in Barcelona to help all victims. It was possible to supply 30,000 people with drinking water thanks to this. 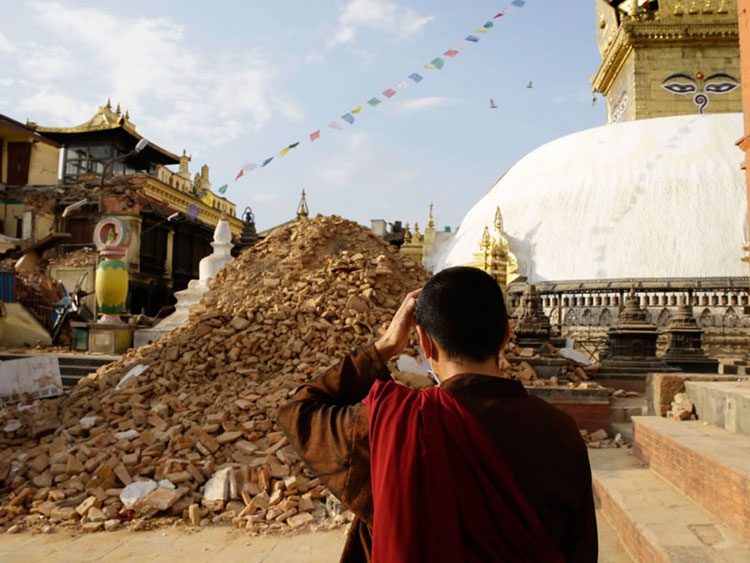 The protagonists of the short film state that Kathmandu´s population keeps growing every year. There is currently a demand of around 320 million liters of water every day and only 120 are supplied. “Where will the remaining 200 million liters of water come from?” they ask themselves. The example of the Nepalese capital which, surrounded by enormous amounts of water, is unable to provide total access to its inhabitants is a cruel paradox that should alert us to the complexity of the great challenge of urban growth the developing countries are facing.