Water, sanitation and hygiene, the pillars of resilience

Last summer two earthquakes and one tsunami devastated two of the poorest areas of Indonesia. The recovery of the access to water and sanitation is a priority so that those who have lost everything get their lives back. The Foundation takes action once again to help those affected by natural disasters, a tragedy aggravated by anthropogenic factors, such as exposure and vulnerability, whose reduction is one of the great challenges for a fair and sustainable future of mankind. 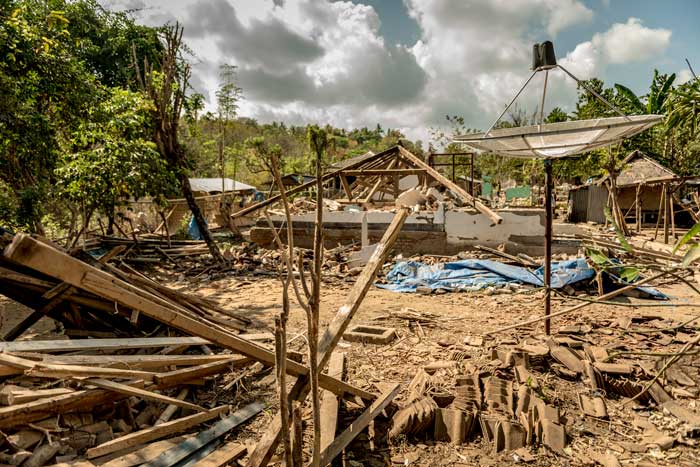 ©Carlos Garriga/ We Are Water Foundation.

"Many buildings have cracks and have collapsed. Most people build makeshift shelters in the hills, far from the water, because they fear another tsunami. Many people are hungry. Drinking water is a great need because all water pipes are broken. Hospitals are damaged and the medical staff needs to work outdoors.” These words by Radika Pinto, head of World Vision in Sulawesi, describe a situation that repeats itself each time a natural disaster hits a poor region.

This happened on the 28th September in the Indonesian province of Central Sulawesi, when an earthquake measuring 7.4 in the Richter scale struck Palu, Mamuju and Donggala. The earthquake and the tsunami that followed with waves three to five meters high that penetrated the mainland caused more than 2,250 deaths (as of 23rd October, according to the Indonesian National Board for Disaster Management). 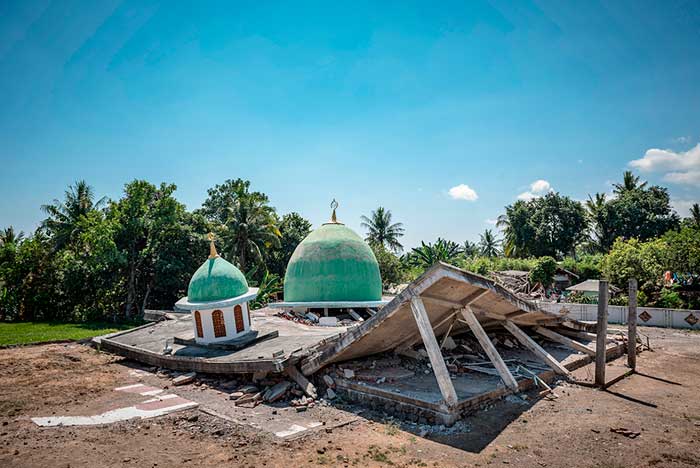 © Carlos Garriga/ We Are Water Foundation

The disaster surpassed in casualties and damage the earthquake that had struck two months earlier on the northern coast of the island of Lombok, located in the Lesser Sunda Islands province There, on the 29th July 2018, an earthquake of magnitude 6.4 on the Richter scale struck the island’s northern coast. Seven days later, when the community and the aid teams were in the midst of an emergency, another earthquake of magnitude 7 struck the island; and again, on the 19th August, an earthquake of magnitude 6.5 struck Lombok. The terrified population experienced more than 1,000 aftershocks over the following ten days. All this caused more than 500 deaths and 1,500 wounded and 396,032 people had to leave their homes.

Indonesia is one of the poorest countries with the greatest problems of access to water and sanitation in the so-called Pacific Ring of Fire, an area that concentrates intense seismic and volcanic activity. Indonesia’s history stands out for the repetition of this kind of disasters. Everyone remembers the terrible earthquake and tsunami with waves that reached 30 m that caused the death of 168,000 Indonesians and other 55,000 people in the coastal countries of the Indian Ocean in 2004 (disaster that inspired the film The Impossible by Juan Antonio Bayona). In 2006, nearly 6,000 people died in a violent earthquake that struck the island of Java.

Water, sanitation and hygiene, the foundation of resilience 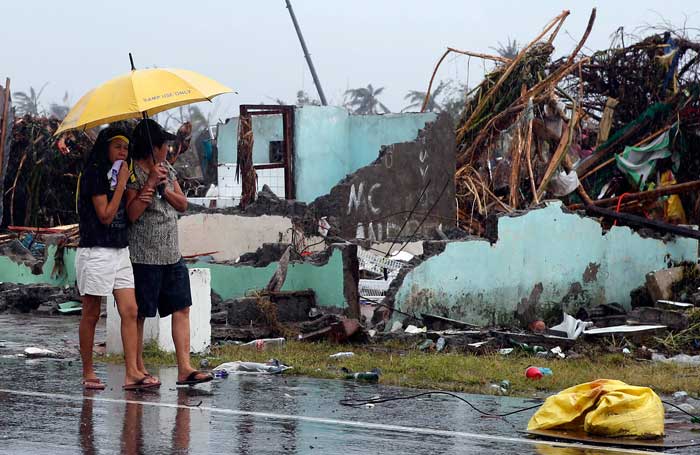 Each disaster of this kind fuels poverty. We at the We Are Water Foundation have seen this in all aid projects we have carried out after these disasters, such as the one in the Philippines or Nepal. In all of them, the immediate aid response is to provide the access to water and restore sanitation. This is the starting point for meeting critical human needs and developing recovery plans and helping the affected community reach resilience.

In all cases it has been necessary to act in response to an emergency and immediately aid recovery. In the case of Typhoon Haiyan, the emergency aid consisted of something as essential as the distribution of water drums and water purification tablets to collect water and be able to drink it; in recovery aid the rehabilitation of access and sanitation systems was essential so that the population would no longer drink contaminated water. In the earthquake that struck Nepal, at first help was provided with the distribution of water drums to enable families to collect 4 liters of water per person and day; immediately after it was necessary to send material to rebuild the sanitation facilities. 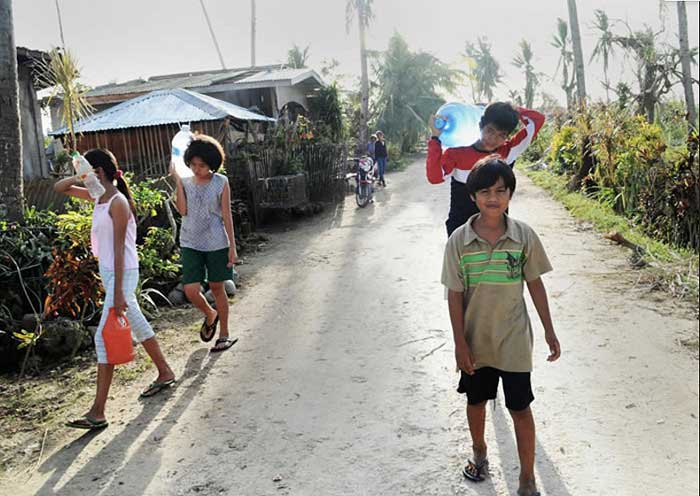 After the disasters in Indonesia, the Foundation has collaborated with World Vision in two projects to provide aid to Central Sulawesi and in Lombok. In the first disaster, in Sulawesi, in October it was estimated that more than 2,400,000 people were affected in 839 villages in Central Sulawesi and 95 in Western Sulawesi.

In this area, a special emphasis has been placed on restoring the autonomous maintenance of hygiene, a vital human need that is always affected by a natural disaster. Since last October the Foundation has collaborated in the distribution of 105 family hygiene kits and as many children’s hygiene kits to the poorest and most dependent families and children of the communities damaged by the earthquake, which are in a situation of maximum vulnerability to infections.

In Lombok, the large number of displaced people who have lost their homes, the lack of adequate medical care and the damages in infrastructures triggered different infectious and diarrheal diseases. All this in an extremely poor area where families work in subsistence agriculture as their only source of income, being very dependent on erratic rains to feed themselves. 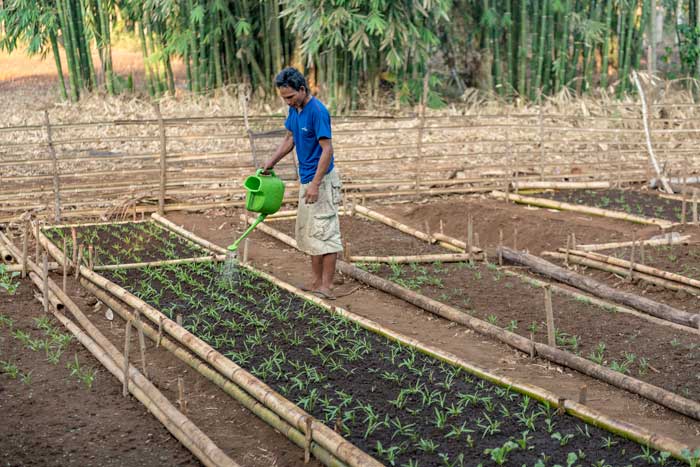 ©Carlos Garriga/ Fundación We Are Water.

After the end of the emergency phase, at the end of August, the Foundation started a project with World Vision to provide access to water and sanitation infrastructures to the displaced. The aid focuses on the construction of public water sources with hand washing facilities because, after the earthquake, 58% of them have been left without access to safe water. Emergency latrines will also be distributed to prevent open defecation which, according to World Vision, is practiced by 62% of the displaced who find themselves without any resources to cover their basic needs.

As in Sulawesi, the initiative is complemented with training courses to help communities make the right use of water, ensuring the sustainability of the facilities and implementing measures for adequate hygiene. 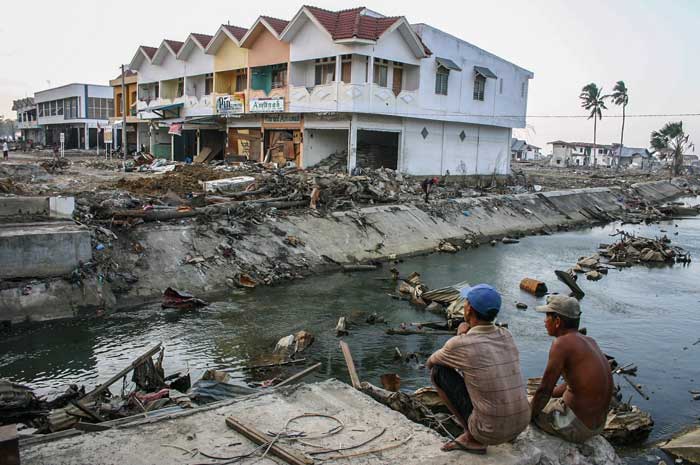 According to the Intergovernmental Panel on Climate Change (IPCC), the situation experienced in Indonesia makes it necessary to remember and accelerate global awareness and world actions to reduce the exposure and vulnerability of millions of people to natural disasters, especially those of meteorological nature, which are increasing with the global warming of the atmosphere.

Disaster risk combines exposure and vulnerability. The IPCC defines it as the probability a community has of suffering serious disruptions in its normal functioning and human, economic or environmental damage due to dangerous physical events that occur in vulnerable social conditions. This is another great challenge we face towards the attainment of the 17 Sustainable Development Goals.