The ocean drives the world’s weather and climate and anchors the global economy and food security. Climate change is hitting the ocean hard, but also increasing hazards for hundreds of millions of people.

This year’s World Meteorological Day on 23 March is therefore devoted to the theme “the ocean, our climate and weather.”  It highlights how observations, research and services are more critical than ever before for more than 70 percent of the Earth’s surface which is simultaneously increasingly vulnerable and perilous.

The ocean acts as the Earth’s thermostat and conveyor belt. It absorbs and transforms a significant portion of the sun’s radiation hitting the Earth’s surface and it provides heat and water vapour to the atmosphere. Enormous horizontal and vertical ocean currents form and circulate this heat around the planet, often for thousands of kilometres, thus shaping the Earth’s weather and climate on global and local scales.

This year’s World Meteorological Day on 23 March is devoted to the theme “the ocean, our climate and weather.”

Phenomena such as the El Niño Southern Oscillation are a coupling between the atmosphere and the ocean, and affect temperatures and precipitation and storm patterns in many parts of the globe. El Niño tends to have a warming effect on global temperatures, whilst La Niña has the opposite.

However, the natural ocean/atmosphere equilibrium is increasingly distorted by the effects of human activities.

The ocean absorbs over 90% of excess heat trapped by greenhouse gases, thus shielding us from even greater temperature increases as a result of climate change. But this comes at a heavy price as ocean warming and changes in ocean chemistry are already disrupting marine ecosystems and people who depend on them.

“Ocean heat is at record levels because of greenhouse gas emissions, and ocean acidification continues unabated. The impact of this will be felt for hundreds of years because the ocean has a long memory,” said WMO Secretary-General Prof. Petteri Taalas.

“Ice is melting, with profound repercussions for the rest of the globe, through changing weather patterns and accelerating sea level rise. In 2020, the annual Arctic sea ice minimum was among the lowest on record, exposing Polar communities to abnormal coastal flooding, and stakeholders such as shipping and fisheries, to sea ice hazards,” he said.

“Warm ocean temperatures helped fuel a record Atlantic hurricane season, and intense tropical cyclones in the Indian and South Pacific Oceans in 2020. Given that about 40% of the global population live within 100 km of the coast, there is an urgent need to protect communities from coastal hazards, such as waves, storm surge and sea level rise, through improved Multi Hazard Early Warning Systems and impact-based forecasts,” said Prof. Taalas.

Ocean-related climate indicators and impacts are featured in WMO’s report on the State of the Global Climate 2020, which will be released ahead of Earth Day on 22 April.

The World Meteorological Day theme was selected to highlight the start of the UN Decade of Ocean Science for Sustainable Development (2021 to 2030) spearheaded by UNESCO’s Intergovernmental Oceanographic Commission.  WMO is committed to the “safe ocean”, “predicted ocean” and ”transparent ocean” goals of the Decade.

World Meteorological Day takes place every year on 23 March, commemorating the date in 1950 when the Convention establishing the World Meteorological Organization (WMO) came into force. It promotes the 24/7 work of National Meteorological and Hydrological Services in protecting lives and property not just on land but also at sea. 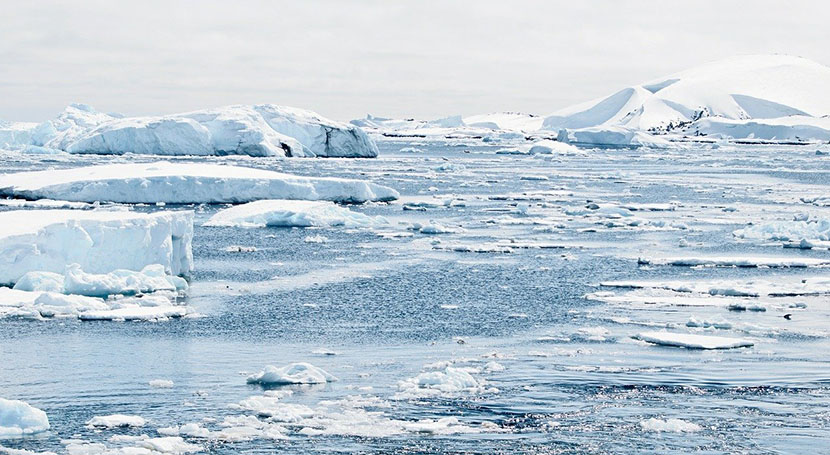 The “blue economy,” which is estimated at US$ 3-6 trillion/year, accounts for more than three quarters of world trade and providing livelihoods for over 6 billion people.

Millions of dollars in goods and hundreds of lives are still lost at sea each year due to extreme weather conditions such as high winds, large waves, fog, thunderstorms, sea ice and freezing spray.

The accuracy and timeliness of standardized weather forecasting over the last decades has improved, and the WMO community striving to improve impact-based forecasting, not just on what the weather will BE but what it will DO.

The “blue economy,” which is estimated at US$ 3-6 trillion/year, accounts for more than three quarters of world trade and providing livelihoods for over 6 billion people

However, technological constraints often hinder effective deliverance of forecasts to vessels. It is vital to improve decision support services to help mariners reach a balance between minimizing costs and routing, whilst also maximizing safety and avoiding hazardous maritime weather.

Beyond the safety of life at sea, marine services also include met-ocean support for emergencies such as Search and Rescue operations, and environmental, such as oil and chemical spills.

Of growing concern is the potential increase in maritimetraffic in response to sea ice loss in a warming world. Unlike relatively short-lived extreme weather events, sea ice poses a constant and often hidden threat.  Less ice does not mean less danger and the consequences of a major accident in Arctic waters would be devastating for the environment. WMO is therefore trying to improve forecasts and warnings of both weather and ice conditions in Polar regions.

As coastal populations continue to grow, in addition to transient tourist populations drawn to these areas, the provision of coastal forecasting services is also critical. Ports and harbours – the focus of transport of people and goods - require accurate forecasts to support safe operations and to maintain economic development.

Along low-lying coastal areas, especially in least developed countries and small island developing states, communities at risk require the best early warnings possible for a combination of hazards including waves, storm surge, swell, tides, river levels and even tsunami. WMO is working to enhance early warning for this combination of hazards, especially in vulnerable countries, through it coastal inundation forecasting initiative. 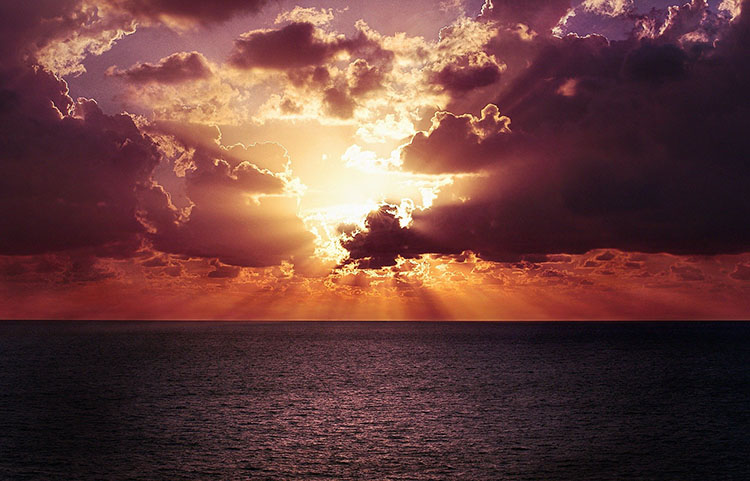 Technological advances are revolutionizing our ability to systematically monitor the ocean and thus understand its role in weather and climate.

Much of the information underlying such marine, weather and climate predictions comes from globally-coordinated ocean basin scale observing systems, both satellite and in situ, These include better observation and forecasting of waves, currents, sea level, water quality and the abundance of living marine resources.

But big geographical and research gaps remain in the Global Ocean Observing System, which is struggling to meet rising demand for forecasts and services. There is a need to support new technologies and the development of autonomous observing instruments and to ensure the delivery of timely and accessible data and information available to all users.

The strains on observing system have been exacerbated by the COVID-19 pandemic, now entering its second year.

In March 2020 governments and oceanographic institutions recalled nearly all oceanographic research vessels to home ports. It also reduced the capacity of commercial ships to contribute vital ocean and weather observations. Ocean buoys and other systems could not be maintained, in some cases leading to their premature failure.

The need for expansion of a global ocean observing system, funded and designed to meet the requirements of users, is clear and urgent.

The ocean has taken up more than 90% of the excess heat in the climate system. By 2100, the ocean will have taken up two to four times more heat than it has in the last 50 years if global warming is limited to 2°C, and up to four to seven times more if emissions are higher, according to the Intergovernmental Panel on Climate Change Special Report on the Ocean and Cryosphere in a Changing Climate.

In warmer ocean waters, the mixing between water layers is reduced, and with it the supply of oxygen and nutrients for marine life. The ocean has taken up between 20% to 30% of human-induced carbon dioxide emissions over the past 40 years, causing ocean acidification.

There is evidence that ocean warming andoxygen loss will result in significant consequences for ecosystems, society and economies. Ocean warming and changes in ocean chemistry are already disrupting the ocean food chain.

Sea level has risen by around 15 cm during the 20th century. Sea level rise is due to meltwater from glaciers, the expansion of warmer sea waters and to growing water inputs from ice sheets in Greenland and Antarctica.

Sea level rise is not globally uniform but varies regionally – processes not driven by recent climate change can exacerbate sea level rise regionally, and this is the subject of ongoing research from the WMO-cosponsored World Climate Research Programme.

As the ocean continues to warm and sea levels to rise, the need for observations, research and operational services will continue to grow. WMO is committed to working with a wide array of partners to accelerate international action to increase climate change adaptation, build resilience and support sustainable development for future generations.