The plan to manage water in the Barwon-Darling is not working, according to a draft review released last week.

The New South Wales Natural Resources Commission, which released the draft report, found the Barwon-Darling is an “ecosystem in crisis”. The report provides a robust blueprint for a more sustainable water-sharing plan.

The review confirms criticism the existing plan gives too much water to irrigators and has added to pressures on the entire Murray-Darling ecosystem.

What the plan covers

The draft review examines the 2012 Water Sharing Plan for the Barwon-Darling, which covers 1,600km of the river from Mungindi to Wilcannia. The river here flows south-west through a relatively narrow floodplain with a tightly meandering channel and a highly variable flow pattern.

The river is unregulated and depends heavily on upstream rivers for its water (for example, Condamine–Balonne, Border rivers, Gwydir and Namoi).

January’s massive fish kills around Menindee are only the most recent example of the pressures on the river’s ecosystems. Alongside the fish deaths, research has shown that other aquatic species in the system, such as river mussels, have suffered losses that will take many decades to recover.

Communities that live along the river told the commission people can no longer fish, swim or drink the river water. Graziers struggle to provide water for their stock because the river dries up more often.

Indigenous communities are particularly affected because without water their strong connection to the river – the Barka – is being damaged. A Barkandji elder told the commission:

The river is everything. It’s my life, my culture. You take the water away from us, we’ve got nothing.

While the review found drought, upstream water extraction in NSW and Queensland and climate change have all contributed to these problems, the greatest effect comes from inappropriate water-sharing rules, particularly when water levels are low.

The law underpinning river management in NSW prioritises protecting the environment and basic landholder rights (including native title) over irrigation. However, the commission found the current plan does not achieve this.

In fact, the plan has been highly controversial since it was enacted in 2012. This in large parts arose because major changes were made between the draft plan circulated in 2011 and the actual plan gazetted in 2012. The commission documents 16 such changes in the review and rates six as substantial.

The NSW government did not publicly explain the reason for such significant alteration in 2012, but there has been much speculation powerful vested interests influenced the government to provide more water for irrigation.

The most important effect of these changes was letting irrigators take water even when the river is very low. The review concludes:

These provisions benefit the economic interests of a few upstream users over the ecological and social needs of the many.

The review recommends the NSW government urgently change water-sharing rules so these better comply with the legal requirements to protect the environment and other water users, restore community trust and make the river more resilient to future shocks.

Key priorities for the NSW government are:

The commission did note there have been positive changes to the NSW government’s approach to water policy and management since the ABC 4 Corners report Pumped in 2017 and the subsequent Ken Matthews report.

While NSW delays, the Barwon-Darling river system and its communities suffer. The NSW government now has an excellent blueprint for a new plan. It must urgently implement the review’s 29 recommendations and complete a new plan for the Barwon-Darling before the end of 2019.

This article was published originally in The Conversation. Read the original. 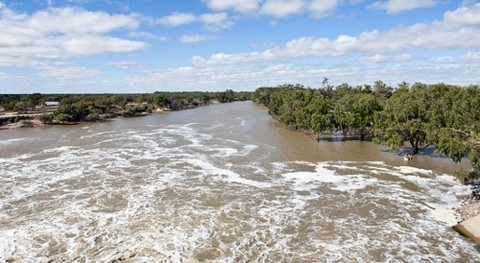