World Toilet Day 2019: Leaving No One Behind

The purpose of World Toilet Day, celebrated on 19th November every year, is inspiring action to tackle the global sanitation crisis. With the theme 'Leaving No One Behind', World Toilet Day 2019 draws attention to those people being left behind without sanitation and the social, economic and environmental consequences of inaction.

In 2017, World Water Day focused on waste water in order to end the taboos around toilets and defecation, and 2018's theme was 'When nature calls'; this year's theme reinforces the campaign started on March 22nd with World Water Day. With the same theme, 'Leaving No One Behind', it seeks to give new momentum to Sustainable Development Goal 6, which promises sanitation for all by 2030. 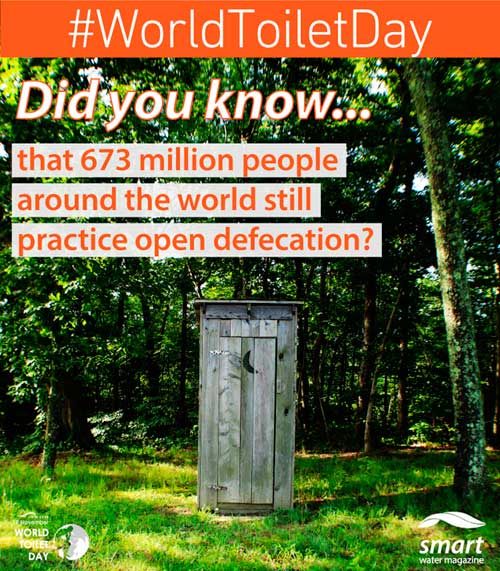 SDG 6: Clean water and sanitation. What are the sanitation targets?

2030 has been set as the date to achieve the Sustainable Development Goals; a year that is closer than we think. SDG 6 seeks to ensure availability and sustainable management of water and sanitation for all, everywhere, by that date.

Within this goal, the priorities are:

According to the UN, water scarcity affects more than 40% of the world's population, an alarming number that is increasing due to warmer global temperatures caused by climate change. And although 2.1 billion people have gained access to improved water and sanitation conditions since 1990, the diminishing availability of quality drinking water is an important problem that affects all continents.

Why is access to clean water and sanitation important?​

Access to water, sanitation and hygiene is a human right. However, billions of people continue to face huge difficulties to access basic services every day: 673 million people worldwide continue to practice open defecation (WHO/UNICEF 2019); in addition, at least 2 billion people use a drinking water source that has been contaminated with faeces (WHO 2019), not to mention that more than 80% of the waste water resulting from human activity is discharged into water sources without any kind of treatment (UN, 2016).

These alarming numbers have a cost, first and foremost, in terms of human lives:

The second cost has to do with the economy. According to a study by the World Bank Group, UNICEF and the WHO, expanding basic water and sanitation services to underserved populations would cost 28,400 million dollars every year from 2015 to 2030, or 0.10% of the total production of the 140 countries included in the study.

Without better infrastructure and more effective management, not only will millions of people continue to die every year, biological diversity and ecosystem resilience will continue to be lost, undermining the prosperity and efforts done to ensure a more sustainable future. For every dollar invested in basic sanitation in urban areas, the average payback is $2.5 in terms of medical costs saved and increased productivity; in rural areas, the average payback is $5 per dollar invested (Hutton, 2015). 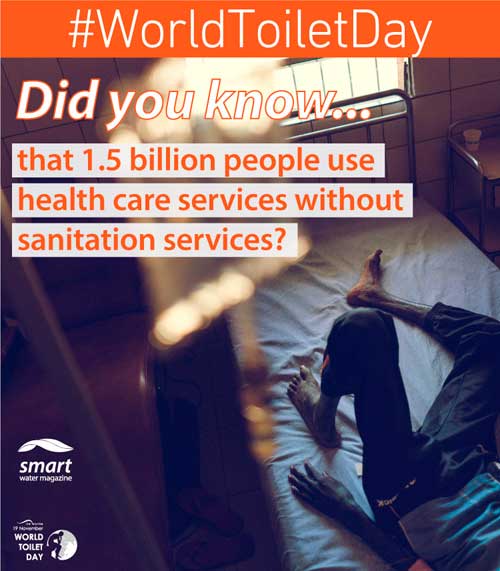 Leaving No One Behind: toilets for all

'We have lived with black water (raw sewage) for more than 10,000 years; this human waste continues to be lethal for millions of people', says Santi Serrat in this article by the We Are Water Foundation. Indeed, throughout human history, black water (contaminated with faeces or urine) has been a problem for human beings, regardless of the evolution of sanitation systems to treat it. The advent of the cesspit in Babylon in 4000 BC, the evolution of the concept of hygiene during the Roman Empire with the separation of black water using sewers and the improvement of latrines, the Arab refinement with the separation of three types of water (storm water, grey water and raw sewage), the description of the first flushing toilet by John Harington in 1596 and the toilet with an S-trap to retain water permanently, patented by Alexander Cumming in 1775, are historical milestones of the evolution of sanitation and the fight for good practices and access for all.

According to the United Nations World Water Development Report 2019 , better water resource management and access to safe drinking water and sanitation for all are essential for eradicating poverty, building peaceful and prosperous societies, and ensuring that ‘no one is left behind’ on the road towards sustainable development. But there is a long way to go: only 40 out of 152 countries are taking appropriate steps to achieve 'almost universal'  basic sanitation by 2030, and the rate of progress is even slower in rural communities and the poorest populations. In addition, as Utilities Middle East reported last September, only four countries have met UN Sustainable development Goal 6: ensuring access to drinking water and sanitation for all. Solving this global problem and achieving SDG 6 requires increasing the contributions by all actors, particularly by wealthy countries. According to the World Bank, 114 billion dollars would be required each year. In this regard, ONGAWA warns that, with the current rate of investment, the goal of universal access to sanitation will not be achieved until 2107.

Exporting the sanitation solutions used in wealthy countries to those with fewer resources does not seem a valuable option, because not only do they require sewerage systems which are too expensive to build, they also require a lot of water. This is why two of the major philanthropists in the world, Bill and Melinda Gates, launched from their foundation a contest to reinvent the toilet and adapt it to those in greatest need. The billionaire not only believes that the toilets of the future can save lives, but also that some companies are ready to do it, except for the costs. An issue that the Gates Foundation is trying to address with R&D investments to make solutions affordable for the poorest countries; Gates expects the toilet market will reach more than 6 billion dollars by 2030 .

Although a person usually spends an average of 3 years of his/her life sitting on a toilet, talking about toilets is not usually a favourite topic for discussion. 'Should we talk about poop?' 'No, thanks'. We have to break the taboo and do away with the limitations, because a toilet is not just a toilet. It is a life-saver, dignity-protector and opportunity-maker. We have to expand access to safe toilets, leaving no one behind. Because no matter who you are, no matter where you are, sanitation is your human right.