The EU Facility for Refugees in Turkey funds this large project aimed at supporting Turkey, and particularly its southern cities, with responding to the immediate humanitarian and development needs of the many refugees they host, as well as their host communities.

AFD will support the implementation of 19 of the 40 projects, in eight provinces, for a total amount of 277 million euros, combining European grants and bilateral loans. In addition to infrastructure financing, a technical assistance program will help improving, through the French expertise, the financial and technical performance of municipal water and sanitation operators and will support Ilbank.

The newly-signed agreements will improve the living conditions of 20 million citizens in the fields of drinking water, wastewater and solid waste management.

The Vice-President of Turkey, Mr Fuat Oktay, and the Minister of Environment and Urbanization, Mr Murat Kurum, participated in the signing ceremony between the municipalities and metropolitan municipalities of the Kilis, Şanlıurfa, Gaziantep, Mardin, Mersin , Malatya, Hatay and Adıyaman provinces on the one hand and Ilbank on the other hand.

AFD will support the implementation of 19 of the 40 projects, in eight provinces, for a total amount of 277 million euros, combining European grants and bilateral loans

Fuat Oktay said that the support to build and renovate municipal infrastructure in provinces that host a significant number of refugees in comparison with their population responds to the current and urgent needs of those towns and cities.

French Ambassador Hervé Magro acknowledged the scale of Turkey's effort to welcome the victims of the political and humanitarian crisis in Syria, and to provide them with basic services. He expressed France's appreciation and said France was proud to support Turkey in this effort, thanks to its contributions to the European budget and to the funding provided by the Agence Française de Développement.

Also participating in this ceremony were the Deputy Minister of Environment and Urbanization, Fatma Varank, the EU Ambassador to Turkey, Nikolaus Meyer-Landrut, the Resident Representative of the World Bank in Turkey, Auguste Tano Kouame , the president of the Union of Municipalities of Turkey, also mayor of Gaziantep, Fatma Şahin, the president of İlbank, Ertan Yetim, and its director general Yusuf Büyük, and regional deputies, mayors of municipalities and metropolitan municipalities involved in the program and heads of water and sanitation administrations.

Uganda: AFD and the EU to finance better access to rural water in the district of Isingiro 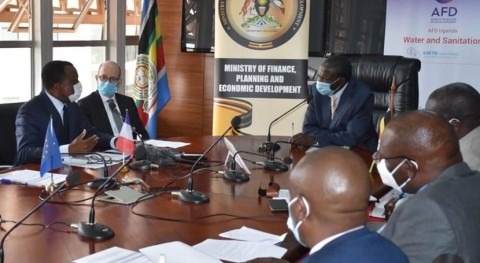 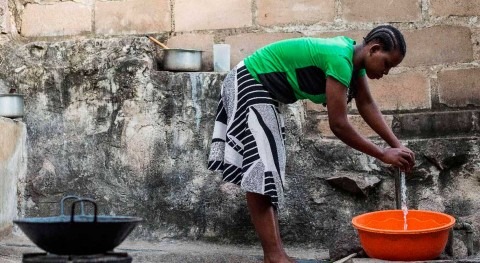 The sanitation challenge in Mauritania

The sanitation challenge in Mauritania

The link between water and energy services in Palestine

The link between water and energy services in Palestine

Asia and Pacific, the need to join forces