University of Birmingham
Birmingham has been challenging and developing great minds for more than a century. Characterised by a tradition of innovation, research at the University has broken new ground, pushed forward the boundaries of knowledge.
TwitterFacebookYoutubeWeb

The technology uses a solar-powered desalination system, made of a novel combination of existing off-the-shelf products which can be deployed easily and relatively cheaply in locations that are ‘off-grid’.  The field testing project and the technology are described in a paper published in the November issue of Desalination and Water Treatment.

University of Birmingham scientists, led by Professor Philip Davies from the School of Engineering, worked with academics and students in the UK, Israel, Jordan and Palestine to construct desalination prototypes based on a simple but efficient batch-reverse osmosis (RO) technology that recovered at least 70% of salinized water, making it useful for irrigation purposes.

Groundwater desalination poses serious problems when it comes to disposing of brine, which is a by-product from the process.  Further tests have shown that the batch RO process designed by the Birmingham team can minimise this problem by converting up to 90% of the incoming water with just a small volume of brine remaining - and without the hefty energy penalty incurred in standard RO systems when working at such high recovery.

Professor Davies commented: “We designed the system to be implemented with levels of engineering expertise available in many areas of the world.  This approach can be applied in other regions where groundwater resources are depleted and affected by salinization, including the US, North Africa, India, Bangladesh and Pakistan.”

Groundwater resources around the world are becoming increasingly depleted and salinized, and desalination can be energy intensive, and costly

Professor Davies explained the new design for the batch RO process, and its advantages over current systems:  “Batch RO desalination technologies originated in the 1990s, but the systems were thought impractical.  One obstacle was the need for a large pressurised tank, and we’ve overcome this by using standard RO pressure vessels as tanks, which are mass produced and inexpensive.  A second issue was the complexity of the valve arrangements needed to switch through various stages of the batch RO cycle. After experimenting with different arrangements in single- and double-acting variants of the design, the team settled on a single-acting option with just three off-the-shelf valves.  We also reduced the number of stages in the operation from three to two – a long productive stage followed by a quick ‘refill’ stage – to minimise lost water output during the non-productive stage.   During the refill, the system is flushed at high speed, clearing away deposits from the membrane surface, which should result in longer membrane life and lower maintenance costs.”

The Jordan River Basin is a problematic area in terms of water management for agriculture. International agreements limit access to groundwater for Palestinians living in the West Bank.  Poor management has led to over-pumping, with record highs of water salinity leading to changes in cropping patterns.  Cash crops intolerant to salinity have been replaced by 250,000 Medjool date palms which demand large quantities of water and could cause groundwater supplies to run out within five years.

Groundwater resources around the world are becoming increasingly depleted and salinized, and desalination can be energy intensive, and costly.  But although many aquafers straddle political boundaries they also offer an opportunity for collaboration.

Professor Davies commented:  “The achievements of this project have been possible because of coordinated efforts among UK, Israeli, Jordanian and Palestinian scientists.  Based on the enthusiastic uptake by students, progress made in training and community engagement, and technological advancements achieved, we want to continue this type of research-led training project to spread desalination technology and foster collaboration across borders.”

Dr James Wilkie, CEO of University of Birmingham Enterprise, commented:  “We are proud to have managed the exchange of knowledge between universities, and supported the collaboration between citizens and stakeholders from different territories that has demonstrated a new and practical approach to desalination.”

Trials of the prototype system are also planned in India and Israel. 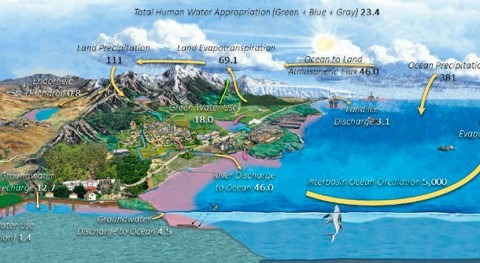