University of Birmingham
Birmingham has been challenging and developing great minds for more than a century. Characterised by a tradition of innovation, research at the University has broken new ground, pushed forward the boundaries of knowledge.
TwitterFacebookYoutubeWeb

Pictures of the earth’s water cycle used in education and research throughout the world are in urgent need of updating to show the effects of human interference, according to new analysis by an international team of hydrology experts.

Leaving humans out of the picture, the researchers argue, contributes to a basic lack of awareness of how humans relate to water on Earth – and a false sense of security about future availability of this essential and scarce resource.

The team has drawn up a new set of diagrams to promote better understanding of how our water cycle works in the 21st century. These new diagrams show human interference in nearly all parts of the cycle.

The study, published in Nature Geosciences, with an additional comment in Nature, was carried out by a large team of experts from Brigham Young University and Michigan State University in the US and the University of Birmingham in the UK, along with partners in the US, France, Canada, Switzerland and Sweden.

It showed that, in a sample of more than 450 water cycle diagrams in textbooks, scientific literature and online, 85 per cent showed no human interaction at all with the water cycle, and only 2 per cent of the images made any attempt to connect the cycle with climate change or water pollution.

In addition, nearly all the examples studied depicted verdant landscapes, with mild climates and abundant freshwater – usually with only a single river basin.

The researchers argue there is an urgent need to challenge this misrepresentation and promote a more accurate and sophisticated understanding of the cycle and how it works in the 21st century. This is crucial if society is to be able to achieve global solutions to the world’s water crisis.

“The water cycle diagram is a central icon of hydro science, but misrepresenting the ways in which humans have influenced this cycle diminishes our awareness of the looming global water crisis,” says Professor David Hannah, UNESCO Chair in Water Sciences at the University of Birmingham.

“By leaving out climate change, human consumption, and changes in land use we are, in effect, creating large gaps in understanding and perception among the public and also among some scientists.”

The new diagrams drawn up by the team show a more complex picture that includes elements such as meltwater from glaciers, flood damage caused by land use changes, pollution and sea level rises.

Professor Stefan Krause, Head of the Birmingham Water Council states: “For the first time, the new water cycle diagram adequately reflects the importance of not just quantities of water but also water quality and pollution as key criteria for assessing water resources”.

Professor Ben Abbott, from Brigham Young University, is lead author on the paper:

“Every scientific diagram involves compromises and distortions, but what we found with the water cycle was widespread exclusion of a central concept. You can’t understand water in the 21st century without including humans.”

“Other scientific disciplines have done a good job depicting how humans now dominate many aspects of the Earth system. It’s hard to find a diagram of the carbon or nitrogen cycle that doesn’t show factories and fertilizers. However, our drawings of the water cycle are stuck in the 17th century.”

“Better drawings of the water cycle won’t solve the global water crisis on their own, but they could improve awareness of how local water use and climate change have global consequences.” 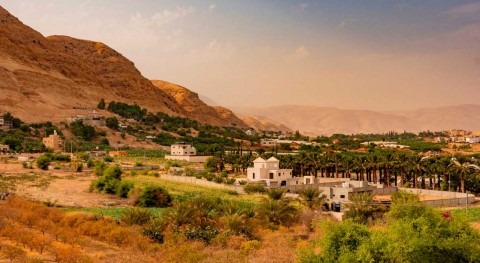