The accelerating melting of the Himalayan glaciers threatens the water supply of millions of people in Asia, new research warns.

The study, led by the University of Leeds, concludes that over recent decades the Himalayan glaciers have lost ice ten times more quickly over the last few decades than on average since the last major glacier expansion 400-700 years ago, a period known as the Little Ice Age.

The study also reveals that Himalayan glaciers are shrinking far more rapidly than glaciers in other parts of the world—a rate of loss the researchers describe as "exceptional".

The paper, which is published in Scientific Reports, made a reconstruction of the size and ice surfaces of 14,798 Himalayan glaciers during the Little Ice Age. The researchers calculate that the glaciers have lost around 40 percent of their area—shrinking from a peak of 28,000 km2 to around 19,600 km2 today.

During that period they have also lost between 390 km3 and 586 km3 of ice—the equivalent of all the ice contained today in the central European Alps, the Caucasus, and Scandinavia combined. The water released through that melting has raised sea levels across the world by between 0.92 mm and 1.38 mm, the team calculates. 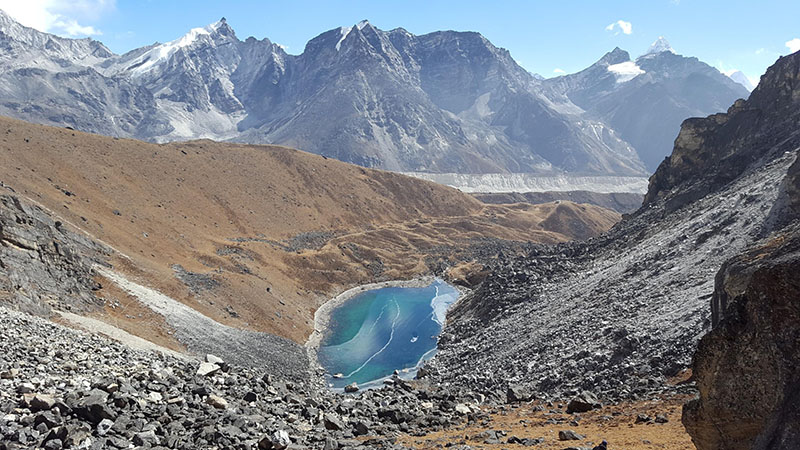 Dr. Jonathan Carrivick, corresponding author and Deputy Head of the University of Leeds School of Geography, said: "Our findings clearly show that ice is now being lost from Himalayan glaciers at a rate that is at least ten times higher than the average rate over past centuries. This acceleration in the rate of loss has only emerged within the last few decades, and coincides with human-induced climate change."

The Himalayan mountain range is home to the world's third-largest amount of glacier ice, after Antarctica and the Arctic and is often referred to as 'the Third Pole'.

The acceleration of melting of Himalayan glaciers has significant implications for hundreds of millions of people who depend on Asia's major river systems for food and energy. These rivers include the Brahmaputra, Ganges and Indus.

The team used satellite images and digital elevation models to produce outlines of the glaciers' extent 400-700 years ago and to 'reconstruct' the ice surface. The satellite images revealed ridges that mark the former glacier boundaries and the researchers used the geometry of these ridges to estimate the former glacier extent and ice surface elevation. Comparing the glacier reconstruction to the glacier now, determined the volume and hence mass loss between the Little Ice Age and now.

The Himalayan glaciers are generally losing mass faster in the eastern regions—taking in east Nepal and Bhutan north of the main divide. The study suggests this variation is probably due to differences in geographical features on the two sides of the mountain range and their interaction with the atmosphere—resulting in different weather patterns. 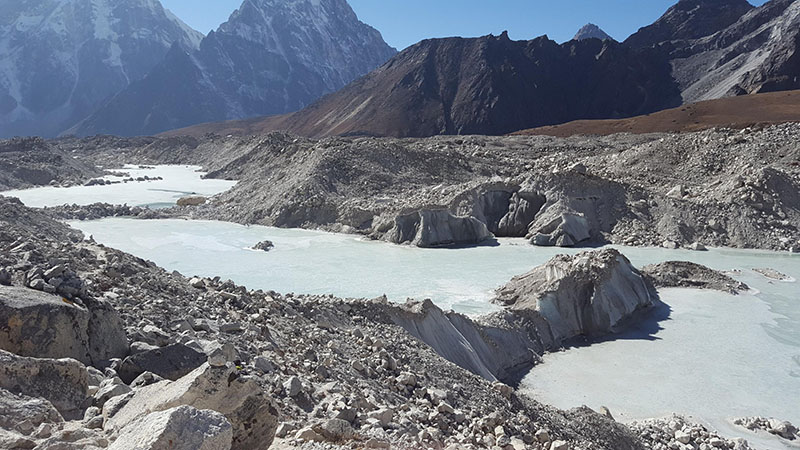 Himalayan glaciers are also declining faster where they end in lakes, which have several warming effects, rather than where they end on land. The number and size of these lakes are increasing so continued acceleration in mass loss can be expected.

Similarly, glaciers which have significant amounts of natural debris upon their surfaces are also losing mass more quickly: they contributed around 46.5% of total volume loss despite making up only around 7.5% of the total number of glaciers.

Dr. Carrivick said: "While we must act urgently to reduce and mitigate the impact of human-made climate change on the glaciers and meltwater-fed rivers, the modeling of that impact on glaciers must also take account of the role of factors such as lakes and debris."

Co-author Dr. Simon Cook, Senior Lecturer in Geography and Environmental Science at the University of Dundee, said: "People in the region are already seeing changes that are beyond anything witnessed for centuries. This research is just the latest confirmation that those changes are accelerating and that they will have a significant impact on entire nations and regions." 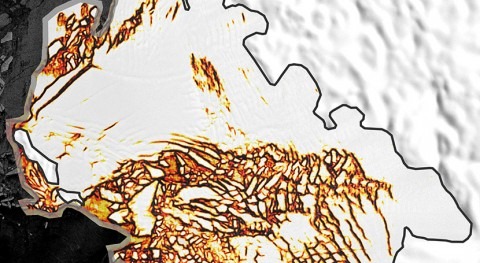