The devastating impact of flooding in Queensland’s north, exacerbated by forest loss, is badly affecting urban areas according to University of Queensland-led research.

“The capacity for natural ecosystems to mitigate flooding has significantly decreased across the Brigalow Belt due to deforestation,” Dr Rosas said.

“Forests help mitigate floods by reducing the amount of water flowing on the soil surface soon after a rain event.

“While overall flood mitigation continues to decrease, urban residents in towns like Townsville and Charters Towers have borne the brunt.

“Specifically, we found that, between 2002 and 2015, the decrease in flood protection to urban residents was double the amount we observed in any other sector, followed by rural communities and the food sector.

“This is a direct result of continued deforestation and land clearing of forests in the region, when forests are proven to reduce the intensity of flooding events.”

The research team said the Brigalow Belt is home to animals and plants that exist nowhere else in the world.

Dr Rosas said through conservation of natural areas and forests, nearby urban regions could be shielded from significant flooding.

“Through the protection of these forests we’ll be able to reduce the intensity of floods, which cause billions of dollars of in damage to homes and businesses,” she said.

“This study can be used to develop management strategies to address these inequalities in the distribution of flood protection and other ecosystem services.”

Moving forward, Dr Rosas said the differences in how different people are affected by ecosystem degradation must be better reflected in policy.

“While restoration of some of these ecosystems can bolster flood protection, there must be special consideration when developing restoration plans to make sure inequalities are accounted for and addressed,” she said.

“This means a special focus on restoring specific areas within the Brigalow Belt.

“In a further study, we’re developing a planning approach that indicates the priority areas in this region, where applying restoration actions would deliver the greatest flood protection benefits to the most vulnerable population sectors, at the minimum cost.”

“We have to place more emphasis on restoration and adaptation policies with a long-term focus,” Professor Rhodes said.

“This includes reforestation and land clearing regulation, improved emergency response plans, and careful planning about where we locate infrastructure at risk of flooding.” 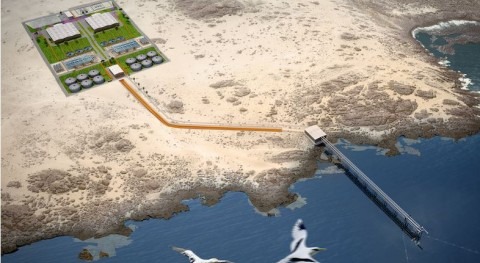