Four magical stories about the origin of Minnewater Lake

If there is something that stands out in Bruges, the capital of the province of West Flanders, in Belgium, is its aura of mystery.

When you are there, strolling through the city streets, crowded with tourists and wrapped in a sweet scent, you can end up in Minnewater Park, and the lake by the same name right in the middle of it.

The Minnewater Lake or 'Lake of Love' surely has witnessed many declarations of love, and the story of its origin is full of magical legends, and some not so magical ones. 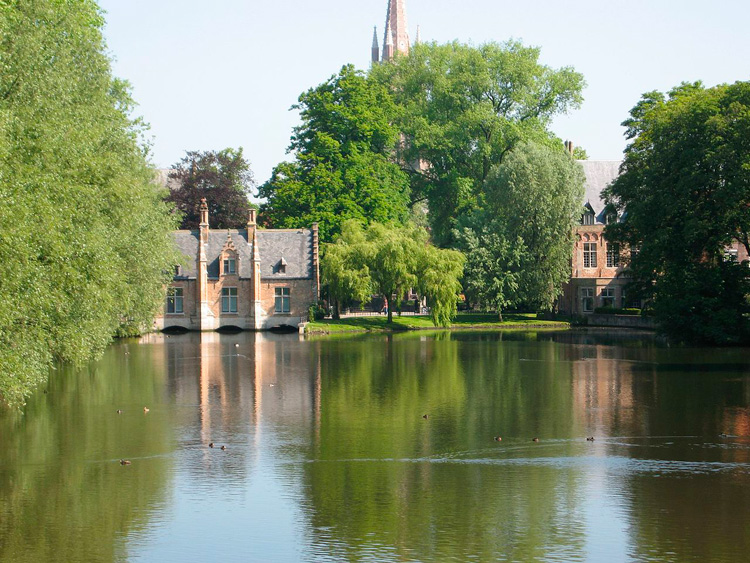 The name Minnewater comes from Dutch and is made up of two words: 'minne', meaning 'common' and 'love', and 'water', with the same meaning in English. If we want to choose a correct translation, we would translate 'minne' as 'common', because the context refers to waters which are common (public) property. And that is because the lake is located where the old port of Bruges used to be, closely linked to the way of life of city residents.

The canals of the lace industry

The first of the stories says that the origin of the Minnewater lake or 'Lake of Love' is not as romantic as it may seem, because it was formed by the forces of nature, and later adapted to the needs of the city's inhabitants. 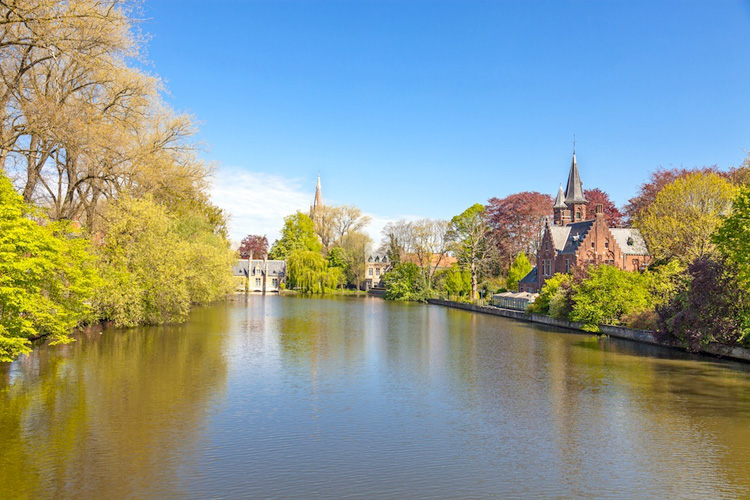 In the 12th century, after a great storm, a natural channel was formed that connected the city of Bruges with the sea. It made it easier to access the trade routes in the North Sea and the population of Bruges saw the opportunity to export their products and thus increase their earnings. The lace industry, typical of the city, was the major product.

The Minnewater Lake turned into a meeting point for small boats that transported the fabrics and lace that would be later sold. 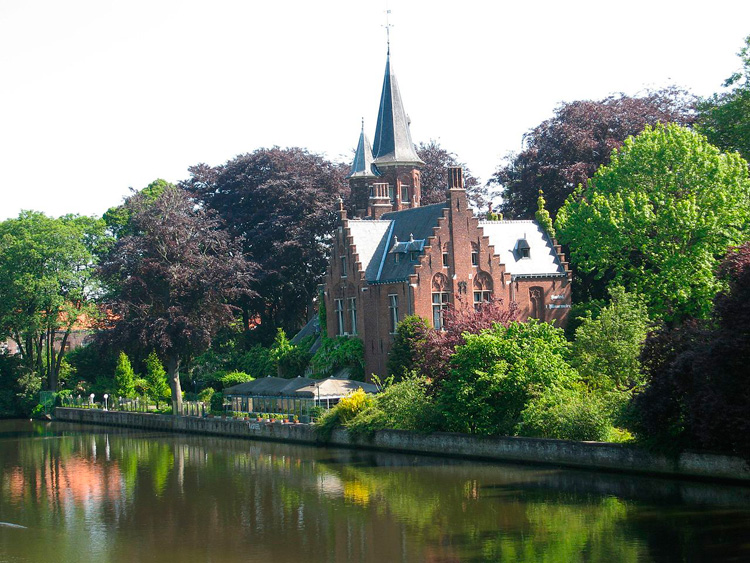 Another story about the origin of the lake is a lot more magical, and has a lot to do with everlasting love.

Tells the legend that a young maiden whose name was Minna once lived in Bruges, and was hopelessly in love with Stromberg, a humble fellow her father did not approve of. Her father, to thwart the couple's romance, arranged for her daughter to marry Morneck, a high-class young man, whom he considered better suited for her daughter. When she found out about her future marriage, Minna fled and Stromberg found her the next day, dead at the shore of the lake.

He buried the young woman under the lake so that the waters would for ever seal their love. 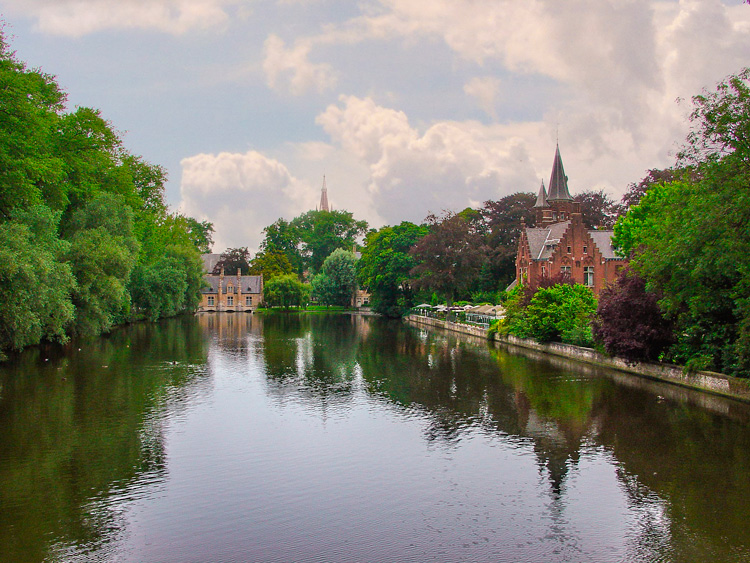 'Minne' also means elf or sprite in Germanic, and this version of the story involves a lot more magic; it has to do with the medieval and bucolic setting of Bruges. 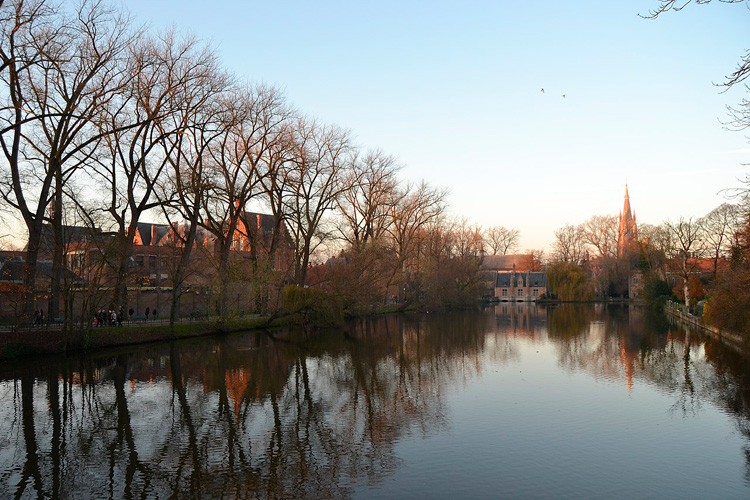 Before the lake came into being, in that same location there was a forest inhabited by magical creatures. The elves, looking for water, cast a spell that gave rise to Minnewater lake and supplied water to the city's canals.

They are, after all, magical creatures and already at the time they were concerned about water scarcity.

Did you ever wonder why there are swans in Bruges' canals?

Another legend says that Maximilian I, Holy Roman Emperor, punished the city of Bruges because of a murder. In 1488, the people killed the city administrator, Pieter Lanchals, who belonged to the court; in Dutch his name means 'long neck'.

The emperor then mandated the city to have swans in its lakes and canals for ever. 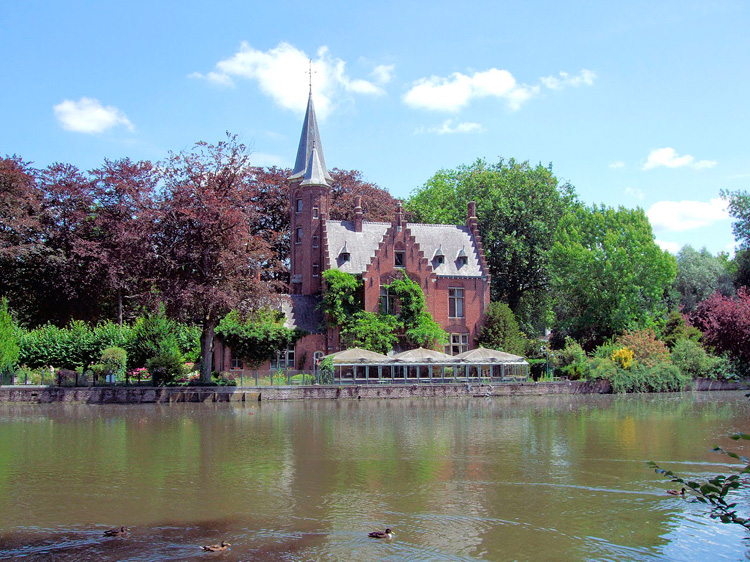 Legends are just legends, but you can always visit Bruges and check for yourself whether these stories are truthful.

And if you run into an elf, let us know, maybe they have a spell to fight against water stress.