Particles of the new coronavirus, SARS-CoV-2, were found in the sewage samples of the city of Florianopolis, in the south of Brazil, on November 27, 2019, two months before the first clinical case was reported in Brazil.

Researchers from the University of Santa Catarina (Universidade Federal de Santa Catarina - USFC) were responsible for the discovery. According to Gislaine Fongaro, Professor of the University and head of the research, sewage samples from late October to early March were analysed. “We studied frozen raw sewage samples to investigate the material as an epidemiological tool.”

When the results were first discovered, Gislaine Fongaro said: “We were a little suspicious with the first results, but we repeated the study, carrying out the tests in the laboratory of the University’s Hospital, and we traced the genome of the virus.

"We were careful to perform an interlaboratory test, and several markers of the virus were used to reconfirm the results we found.”

The UFSC scientists used the COVID-19 RT-PCR test, which is very sensitive and can find even the smallest fragments of the virus. According to the recently published paper, the virus found on November 27 was very low: only 100,000 copies of the virus genome per litre. After that, new samples tested positive in higher doses on December 11 and February 20, until on March 4 the load of SARS-CoV-2 reached one million genome copies per litre of sewage.” However, on October 30 and November 6, the samples showed no trace of SARS-CoV-2.

Gislain concluded by saying: "It's a great moment for us to think about how the population's sewage serves for sentinel programs. Long before clinical cases appeared, the virus was circulating. It is possible to do risk analyses and anticipate the next wave of COVID-19."

Egypt looking for $2.5 bn in finance for 17 desalination plants

U.S. officials warn of the vulnerability of water systems to cyberattacks 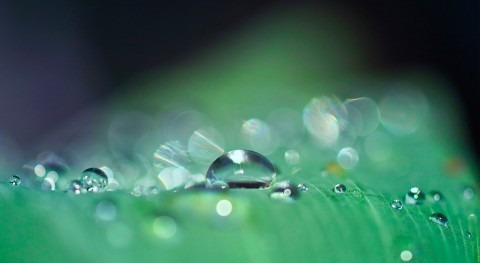