Claudia Pavlovich (Governor of Sonora): "We can learn a lot from water management in Spain"

Born in Magdalena de Kino, Mexico, in 1969, Claudia Pavlovich is the first woman to lead the government of the State of Sonora since 2015, and the only one occupying such a position in all of Mexico.

She has a long track record in politics. Her political career started as a member of the City Council of Hermosillo, the capital of the state she is now governor of. She has also been the local president of the Institutional Revolutionary Party (PRI), representative for north-east Hermosillo in the Sonoran assembly, and Senator for the State of Sonora in Mexico's Congress.

Pavlovich vouches for transparency, a hallmark that materialises in the contract with Aqualia to build the desalination plant at Guaymas. This new plant will provide services to about 100,000 people, but it is not the only thing that concerns the Mexican politician.

Question: What are the main water challenges in Mexico?

Answer: In Mexico, some states have plentiful water resources, and yet other states, such as Sonora, have water scarcity problems. Right now, we are addressing the problem of water scarcity at the port of Guaymas, in the south of the state. At times the city lacked a water supply for several weeks, and the situation had been going on for so long that it was becoming a routine. Therefore, we embarked upon the task of building the first desalination plant through a public-private partnership (PPP) in Sonora, to improve the water supply in Empalme and Guaymas.

We also have problems in Hermosillo, the state's capital, which is growing very rapidly. During the six-year term of the previous administration, a water conveyance infrastructure was built to transport water from the Yaqui River to Hermosillo. Unfortunately, the project experienced many political problems.

The people of Sonora were very much divided about it. The project was challenged both politically and legislatively, but it is finally working and bringing water to Hermosillo.

What are we looking for with the Guaymas and Empalme works? We would like to have a model for the city of Hermosillo afterwards, because we will come to a point where the water, we bring with the aqueduct will not be enough to sustain the growth of the two cities.

We also have problems in Puerto Peñasco, to the north, which is also the port of Arizona. We are looking into building a smaller desalination plant there. 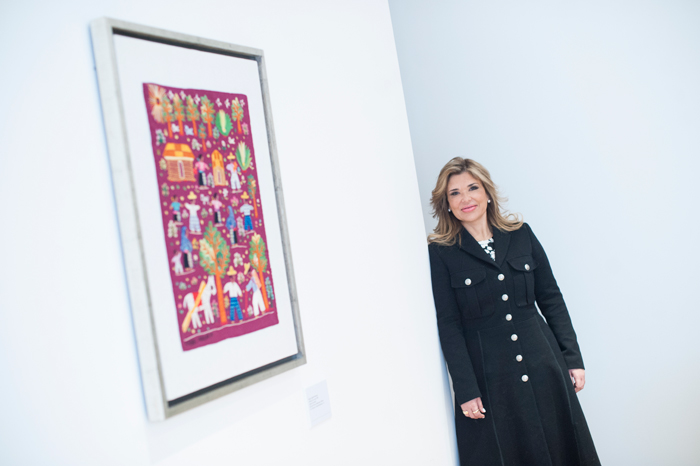 Q: What can Mexico learn from water management in Spain? And Spain from Mexico?

A: We can learn a lot from water management in Spain. We have visited water supply and sanitation systems in several cities. The important thing is not just to supply water, but to provide water treatment and sanitation too, and thus enable a virtuous cycle with the technologies available in Spain.

In Mexico, we used to think desalination plants were very expensive. In Sonora, where we lack water resources, it is important to learn that water has to be paid for. The most expensive water is the water we do not have.

We lack a culture of paying for water, because for a long time it was thought that the different governments were not doing things right. This is why we were determined to have a transparent procedure with a Spanish company in Guaymas and Empalme. We launched an international tender process, completely open, which even won an iAgua award.

It has always been open to consultation. The deliberations and arguments of different companies could be known at any point in time. Very serious companies from all over the world participated in the process, and there were no contingencies. We set an example, because Banobras — Mexico's national bank for public works — participated in this PPP through a federal government trust, aside from the company's own resources.

It is the first time a process is done with such transparency in the whole country. I was often asked why I wanted to do it that way. Since water issues are so important in Sonora and have led to so much conflict among citizens, I wanted the tender to be an open and transparent process.

Everything was out in the open for anyone, so nobody could talk about manipulation. It was very important because in my state, water issues are always a source of conflict. I did not want it to cause any more conflicts; on the contrary, I wanted to have a transparent solution. Construction is already under way and will be completed in May of next year, to satisfy water needs in Guaymas and Empalme.

In Sonora, it is important to learn that water has to be paid for, because the most expensive water is the water we do not have

A: Yes. I have always valued transparency. In Sonora there were serious corruption problems with the previous administration, and people were upset and wary. We have tried to make transparency and accountability our hallmark. The highest regulatory authority in the country, the Senior Audit Office, has recently established that in this past year the government of the State of Sonora has made the best use of public resources in the country. Our State has managed public resources with the greatest transparency and efficiency.

Q: What does building this plant entail for Sonora?

A: It means being at the forefront of how to do things when you lack federal and state resources: through a PPP with a serious company, with an open international tender where rules are properly established. In fact, since it was the first time things were done this way, the team at Banobras did not know how to set the basis. Some courses were held previously, so everyone participating would know what he/she had to do. We wanted everyone to be qualified to participate.

Q: Do you think this PPP could encourage further collaborations of this kind in the infrastructure sector?

A: Certainly. Given that governments have less and less resources to invest, in particular in infrastructure for matters as delicate and as costly as water, private investment is required.

However, we often think that governments want to favour one company or another, when what is important is transparency and clear procedures. This has been the case with the desalination plant, where no issues have been raised. 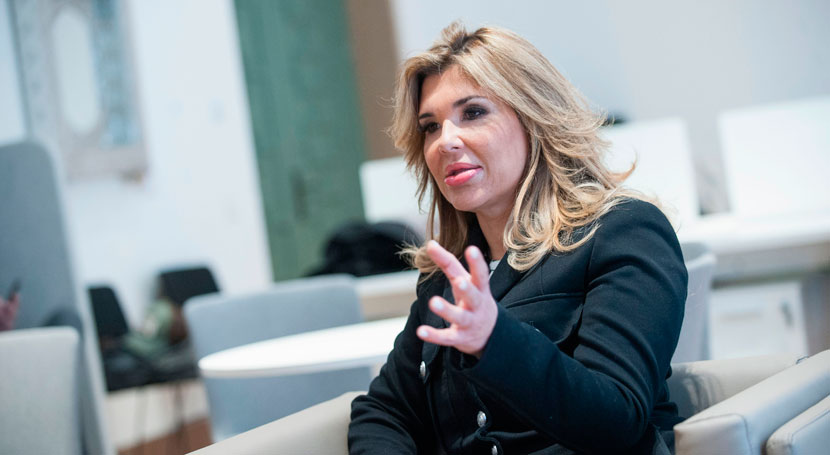 Q: In this regard, what would you say makes the State of Sonora attractive to investments by Spanish companies?

A: In Sonora there is a high level of education and skilled labour thanks to technological institutes where young people receive high quality training in the aerospace and automotive areas. In addition, there are investment opportunities in photovoltaic projects; currently there are investments worth nearly 6 billion dollars. The large amount of land available in the state has attracted photovoltaic projects, an area where Spanish companies are leaders. In fact, a Spanish company is building the largest photovoltaic park in Latin America.

Sonora can be a very attractive place for Spanish companies to invest in. Moreover, our coastline is 1,200 km long. Other desalination plants can be built using the same transparency scheme and protocols.

Q: How can Sonora and Spain collaborate in scientific and academic matters?

Governments have forgotten to work with young people. Doing so means seeing what they want and what they expect. I think it is very interesting to see how we can establish working and academic exchange initiatives to benefit both countries.

The State of Sonora has 1,200 km of coastline; other desalination plants can be built using the same transparency scheme and protocols

Q: What other water projects by the state government are under way currently, or are planned in the near future?

A: We have requested Aqualia to do a study of the port of Guaymas, because aside from water supply problems, there are drainage and sewerage problems.

We don't know the extent of the problem, whether it is completely collapsed, or whether it is just clogged: the study will let us know exactly what needs to be done.

For this kind of thing, especially when we deal with waste water treatment, it is very important to use the best practices and the best technology, so it is not an issue dealt with by each administration, but something for the long term.

Water and water supply, sanitation, drainage and water security are issues that should not be politicised, nor be used for partisan purposes.

Q: Finally, what would you like the legacy of your term as Governor of Sonora to be?

A: Our government term lasts six years. I have been in government for three and a half years, and we cannot hold the office for a second term. I would like my legacy to be for people to have a better quality of life. It is very important for me. I do not agree with one administration that starts something, then the next administration drops it, starts something else and does not finish it.

The continuity of water supply and sanitation infrastructure works must be ensured through time, regardless of who is in power.

Upgrading roads, schools, hospitals, etc.: this has been the most important thing for me. We are also modernising public transport, because that too improves people's quality of life.

That is what I aim for: my state is already one of the most important states in the country, a growing state, and I would like it to continue on that path.